O’Leary: The story behind the keeper of the cup’s children’s book 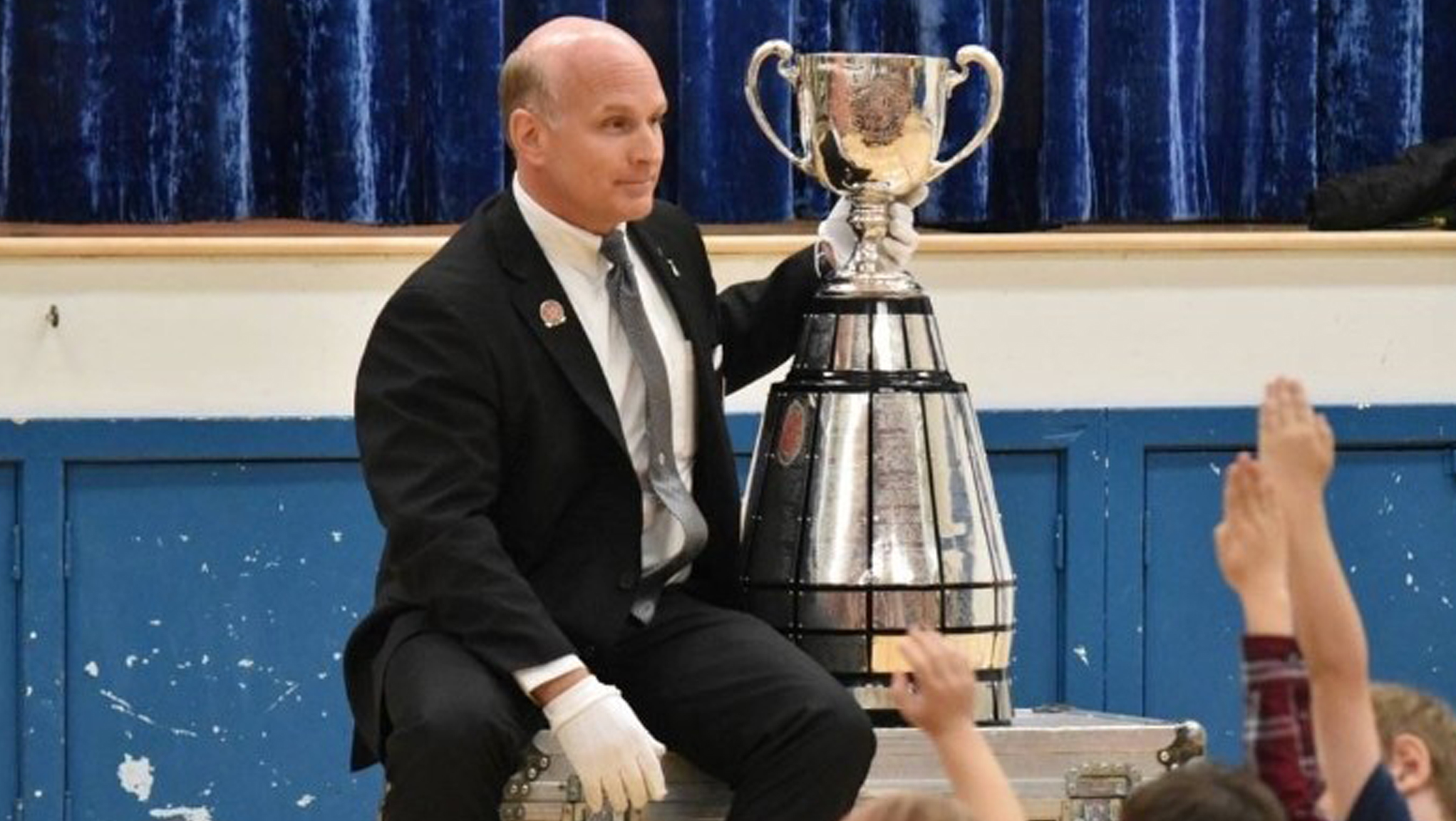 O’Leary: The story behind the keeper of the cup’s children’s book

In 2007, Glenn “Keeper” McWhinney was reunited with the Grey Cup he first held above his head 53 years earlier.

A quarterback-halfback on the 1954 Grey Cup-winning Edmonton team and a member of the Winnipeg Blue Bombers, McWhinney cherished the memories of his teammates and the camaraderie that came with them. When he was offered a chance to hold the Cup and drink from it once again he declined, saying, “Not without my teammates.”

McWhinney’s son, Jeff — the Keeper of the Grey Cup — was there that day and the moment seared itself into his memory. Fourteen years later, it’s become the backbone to a children’s book he’s written, that’s centered around football’s power of inclusion.

“My dad was an extremely extraordinary guy,” the younger McWhinney said. “You know how people ask you, who would you like to have dinner with? I’ve already had dinner with him. My dad loved this league, he loved this country.”

RELATED
» Canadian Football Hall of Fame Unveils 2021 Class
» Watch classic Grey Cups through the Grey Cup Portal powered by Marks
» Is the next one out there? Looking back on 50+ years since Russ Jackson 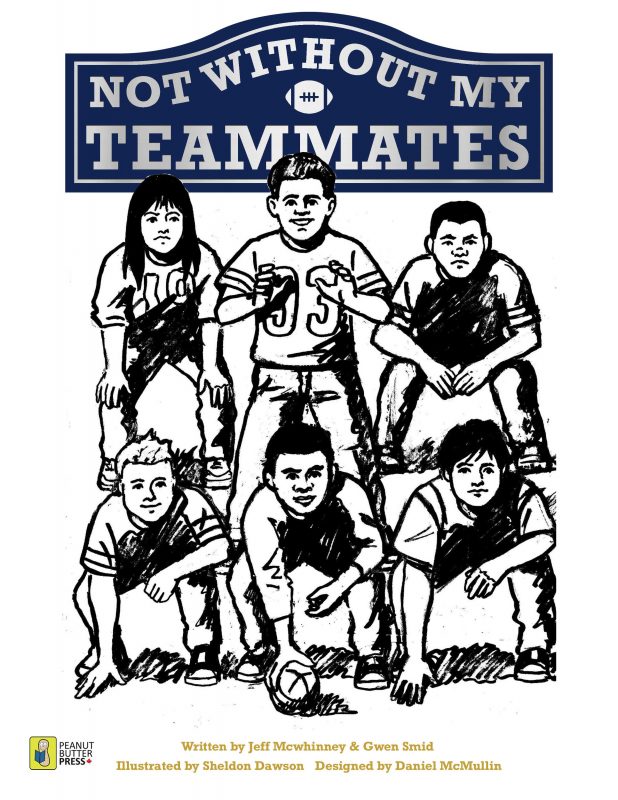 Inspired by a cast of influential CFL figures going back almost 70 years, Jeff McWhinney’s vision for a children’s book about inclusion has come to life (Supplied by Jeff McWhinney)

That’s carried down to Jeff, whose love of the CFL and football have cocooned around his entire life.

He grew up in Winnipeg, where he heard stories about his father’s friendship with his teammates like Jackie Parker, Norm Kwong and Cal Jones. He watched as the CFL provided opportunities to players of colour when they couldn’t find it in the U.S. He remembers Jed Roberts’ arrival in Edmonton and the barriers he broke as an indigenous player that wore double hearing aids through his career. When the Blue Bombers won the Grey Cup in 2019, McWhinney remembers telling the team’s chair and director Dayna Spiring that she’d be the first woman to have her name engraved on the championship trophy.

Those figures all inspired his book, Not Without My Teammates; a story about a kid (Cal Jones) that’s in a new town and makes friends — all child-versions of these CFL figures — through playing football together. The game puts what can divide adults: race, gender, bodies impacted by disease, hearing difficulties, etc. on the backburner and allows the children to play together, “inside, outside, whatever the weather.” That’s the impact that McWhinney has seen football in Canada have all around him through his life.

“I think the inspiration (for the book) was certainly that my dad had a gift,” he said, pointing out that in the 1950s, even in Canada, having friendships with people of different races wasn’t necessarily an easy thing.

The faces of the children's book Not Without My Teammates

As the Keeper of the Cup, McWhinney appreciates that his title overlaps with his father’s nickname from his playing days. For his dad, the nickname came on a keeper play — his first in the CFL and it led to a touchdown — for Jeff, it’s about transporting and presenting the Grey Cup to fans across the country throughout the year, then handing it off to the team that wins it in November.

Over the years, he’s done school visits with the Grey Cup and seen the impact that can have and would love to do something similar with his book. Part of those visits, he said, would be donating his book to the children at these schools through a sponsor that he’s linked to the project.

The book is in its final preparation stages. McWhinney worked with picture book author Gwen Smid, illustrator Sheldon Dawson and designer Daniel McMullin on the project. They’re hoping to have it ready for the fall, just in time for school visits.

“This (story of inclusion) is a vision of my father’s and it was a gift that was given to him,” he said. “Now this gift is going to be given to our new generation. That’s the way I saw my dad. It’s the only way that I could really give back.”

McWhinney’s connection to the game and his passion for it weaves itself through our conversation. CFL commissioner Randy Ambrosie grew up just a few blocks away from where Jeff grew up and his brother played football with Ambrosie when they were kids. He’s become friends with Jackie Parker’s son, Jack Jr, forming a generational bond built off the ones their fathers shared as teammates. It feels like there are an endless supply of connections to fans, to players and cities.

With the game already in his veins, you wonder if when you’re so close to the Grey Cup, you start to see the football community in Canada through its eyes. If that’s the case, it’s an idyllic, beautiful community.

“We all belong,” McWhinney said of his book. “I didn’t want to show separation. I wanted to show inclusion.”