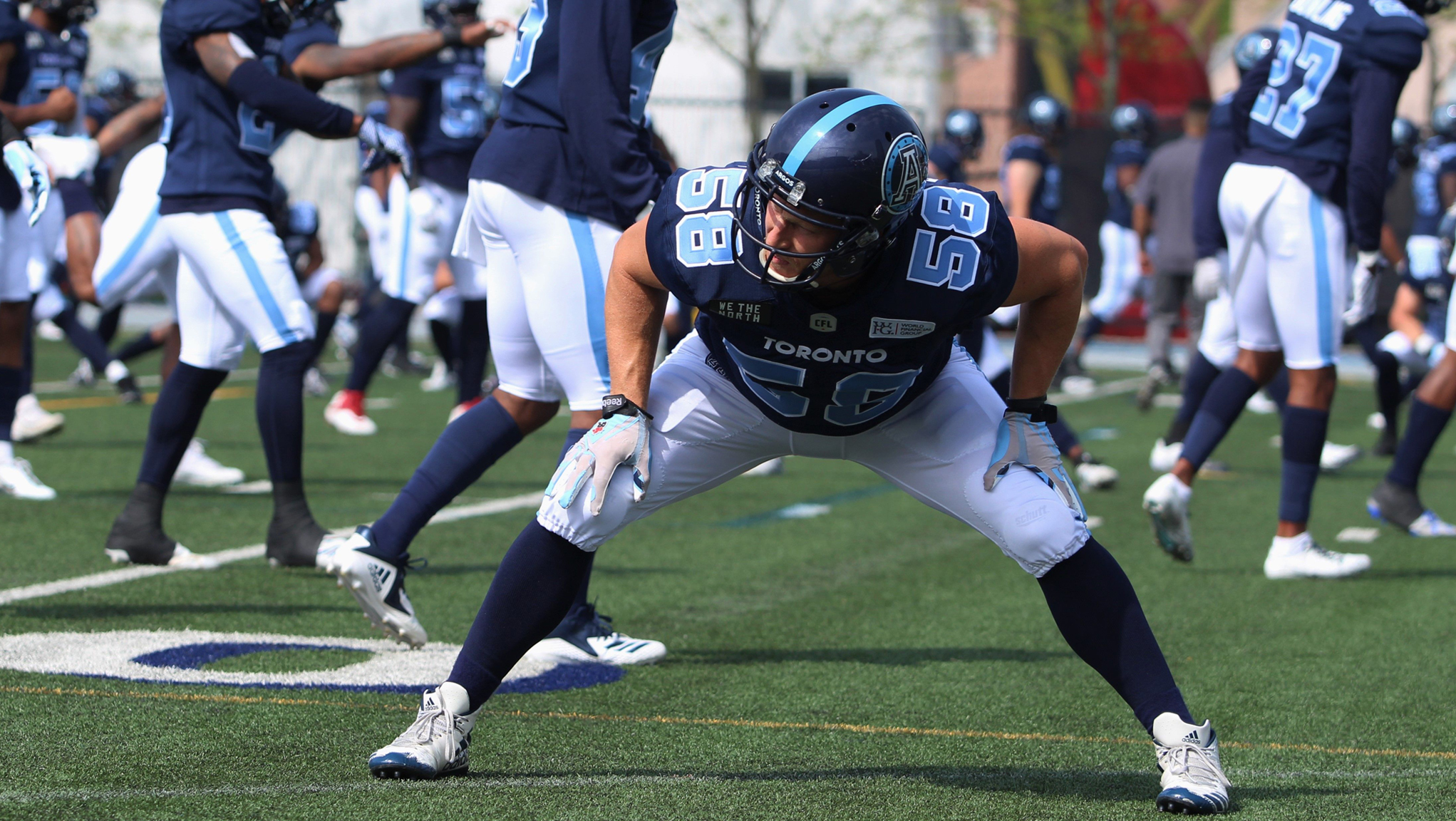 Like all things Argo in 2021, the special teams unit is chock full of new faces and that means lots of possibilities.

Well, outside of the long snapper, Jake Reinhart, that is.

The 31-year-old native of Guelph, Ontario, enters his seventh season with the Boatmen, and barring some kind of significant surprise, he’ll be the one hurling the ball back on punt and placement teams. We know how football teams love their long snappers, and Reinhart has been a consistent one for the entirety of his stay in Toronto.

Did I just begin a special teams preview with a look at the long snapper position? You better believe I did. About time one of those guys got their name on the marquee.

Reinhart, by the way, played every single game over his first five seasons as an Argo, then got injured in pre-game warm-up for the 2019 season opener. But he played in that game, too, before being placed on the six-game injured list. He deserves the lead-off spot here.

Moving along, the punter that Reinhart will fire his tight spirals back to in 2021 is almost certain to be Boris Bede, who will be expected to handle the placekicking chores as well, they way he did in Montreal for five seasons. With a career punting average of 44.6 and a field goal percentage of 82.5 (he was even better than that in 2019, at 88.6, going 31-35), Toronto’s ball-launching ought not to be a place of worry, with Bede on the roster.

RELATED
» Better Than Before: Ticats special teams magic set to sparkle
» On the way up: Riders hoping for a spark on special teams
» O’Leary: Edmonton welcomes a new day with Elks name

Keep an eye on the young man the Argos brought in behind Bede, Toshiki Sato, from Japan. Claimed with the 16th pick in April’s Global Draft, Sato has kicked in the Spring League in the U.S. and once hoofed a 58-yard field goal to set a record in Japan’s X-League.

When those kicks go flying, who will star for the Argos on cover teams?

Frank Beltre led Toronto — and indeed the entire CFL — with 27 special teams tackles in 2019, but he is now a member of the Ottawa REDBLACKS.

Toronto has retained another coverage star, though, in Llevi Noel, who tied for fifth in special teams tackles in 2019, with 21. If it can be said that Noel is still trying to bust through as a receiver in this, his fifth season, the same cannot be said for the 29-year-old native of Toronto on cover teams; he has been one of the CFL’s best at shedding blocks and seeking out ball carriers for a number of years.

Third-year Argo linebacker Nelkas Kwemo had 16 special teams tackles in 2019 and Toronto has added another Canadian linebacker who has done good work on specials for both Montreal and Hamilton in the past, and that is Nobleton, Ont. native Nick Shortill.

Speaking of linebackers, Jordan Moore was thought, by some, to have had the inside track at starting for Toronto in 2021, until the Argos went out and signed free agents Cameron Judge and Henoc Muamba. Moore has tremendous speed, and if the Argos want to make good use of that you should see him attempting to wreak havoc on kick coverage. 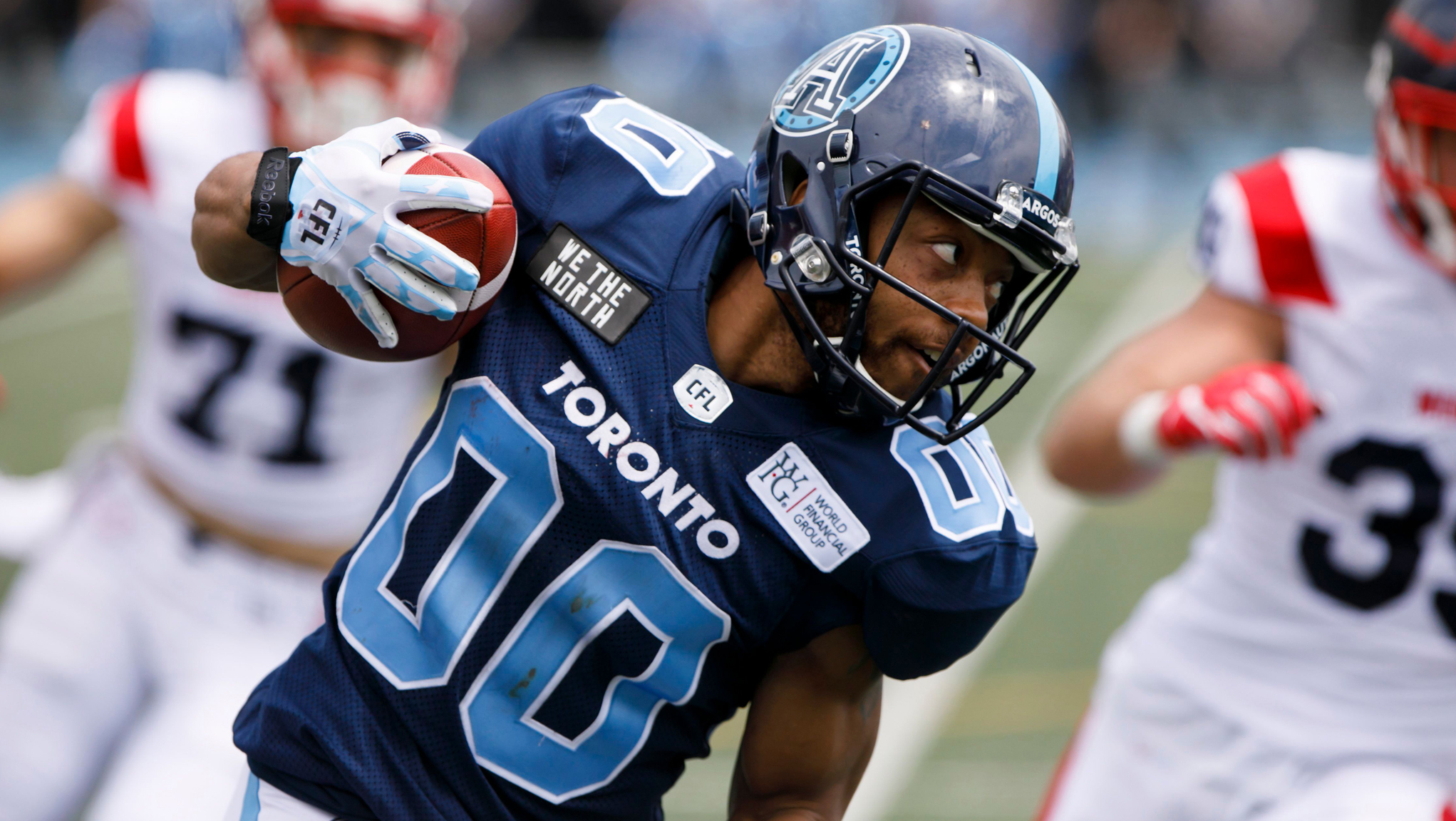 And now, to what so many consider to be the sexy stuff on special teams: The return game.

In 2019, the Argonauts employed Chris Rainey as their primary return man and he brought back 121 kicks and punts for a total of 1,792 yards and a touchdown. That’s substantial stuff. But Rainey is gone, now, having headed west to rejoin the BC Lions, the team for which he’d played four seasons before his one-year stint in Toronto.

The Argos’ return game competition appears to be pretty wide open and your eyes might gravitate toward one name in particular if you’re looking for a place to start: Terrell Sinkfield.

The much-traveled speedster began his CFL career with the Argos back in 2014 before moving on to the Hamilton Ticats, the Lions and then back to the Ticats, with NFL stops in places like New York, Minnesota and Oakland sprinkled in. He’s been used as a returner before. Is that his best fit in Toronto, considering the jam-packed stable of receivers the team has?

Another Argos’ receiver — Chandler Worthy — has occasionally been sent back to return kicks in his two seasons of action with the team, so perhaps he’ll be given a look.

And on June 2, the team inked a deal with former Edmonton and BC defensive back Chris Edwards. In 2017, Edwards returned lots of kick-offs for Edmonton — 38 of them for 926 yards — so you know there’s some potential there.

And here’s a little something of intrigue. The Argos are pretty high on young Canadian receiver Dejon Brissett, the 24-year-old Mississauga native who was drafted second overall, in 2020. With such depth and experience in their pass-catching corps (there are currently 20 receivers on the camp roster), is kick returning the place where Toronto can best get the ball in Brissett’s hands?

Two years ago, Toronto’s return game question came with a simple answer. It was Rainey.

In 2021, it’s a question that could do with a little clarity, something the Argos hope to get shortly after training camp opens.