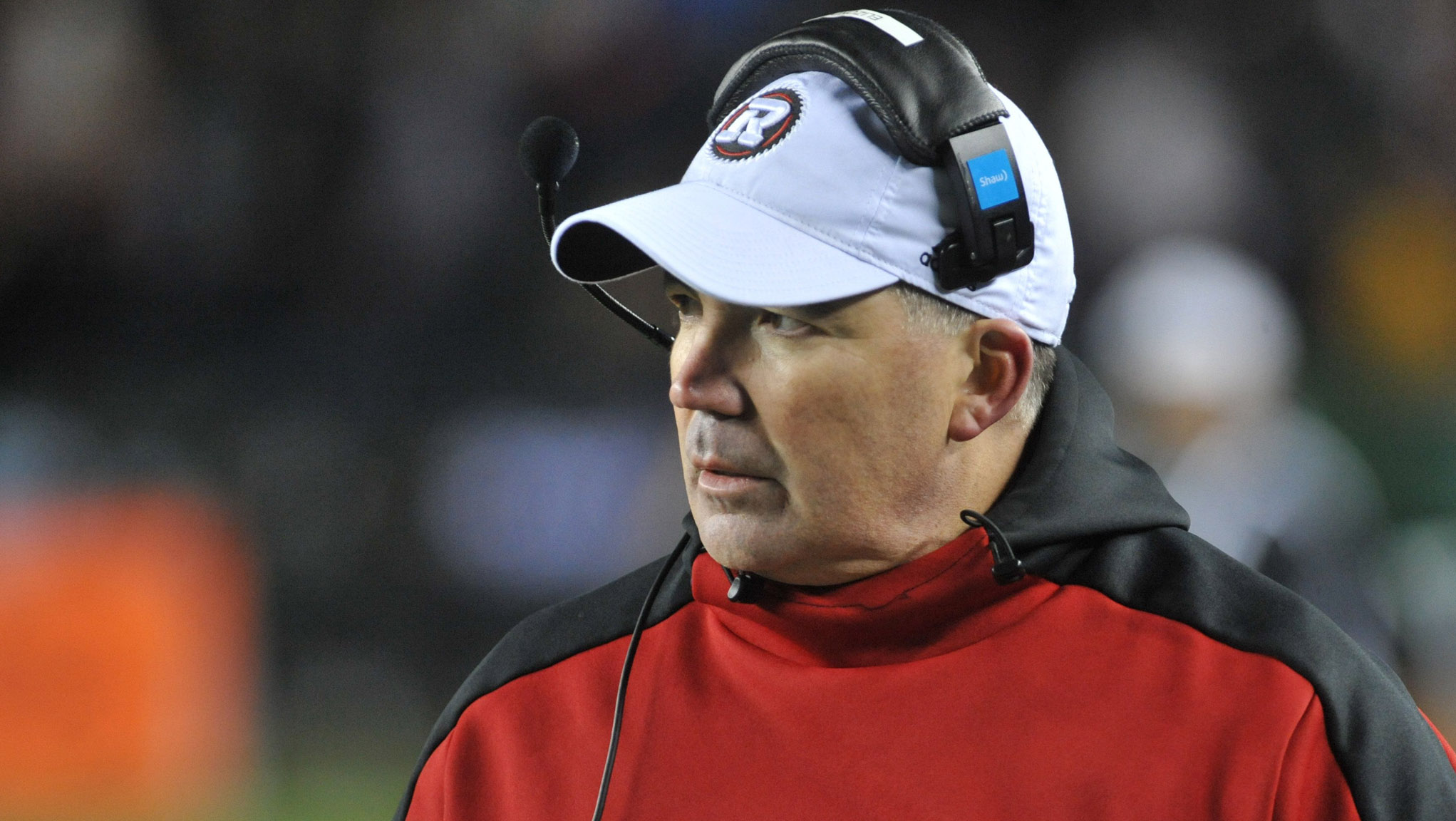 When training camps open and teams across the CFL get down to the task of rebuilding the chemistry that gets depleted after a year-and-a-half apart, the Edmonton Elks may have a jump on their share of teams.

That might sound a little strange, considering that the team has gone from Jason Maas as its head coach at the end of the 2019 season to Scott Milanovich for the lost 2020 campaign and now to Jaime Elizondo.

But the CFL has always been a league connected by small circles. So when camp gets rolling in Edmonton, Elizondo will look at what’s finally in front of him and see a lot of familiar faces.

“I think the roster was kind of already shaped around his style and his football philosophy,” Morley Scott, the play-by-play voice of the Edmonton Elks on 630 CHED told Donnovan Bennet this week on The Waggle.

“Trevor Harris is the quarterback, Greg Ellingson is one of the receivers and he worked with those two guys a lot in Ottawa. He helped them to great success in Ottawa.

“The thing about Elizondo that I found so far in talking to him is he’s very detailed, very smart, like most head coaches. He’s also been very patient.”

Elizondo spent three years in Ottawa (2016 to 2018) as the REDBLACKS’ offensive coordinator before jumping to an offensive coordinator gig with the Tampa Bay Vipers of the XFL. That move came when he wanted to interview for Saskatchewan’s head coaching job and Ottawa didn’t allow him. Edmonton wanted to interview him last year before they hired Milanovich and the Vipers denied him the chance. Things finally aligned for him this year, when Milanovich went back to the NFL and Edmonton reached out to him.

“They have a relationship from their time in Ottawa,” Scott said. “It’s gone full circle for Jamie and he’s now a head coach in the Canadian Football League, and dare I say very ready for it, after probably 20 years of prepping for it.”

Elizondo takes the reins of a team that on paper should be a Grey Cup contender. Edmonton’s problem is that it’s in the always tough West Division. The Elks have been a crossover team twice in the last four years and has played in the East Final. They were last in the West Final in 2017, where they lost in Calgary.

There are some unique variables at play this year, though. 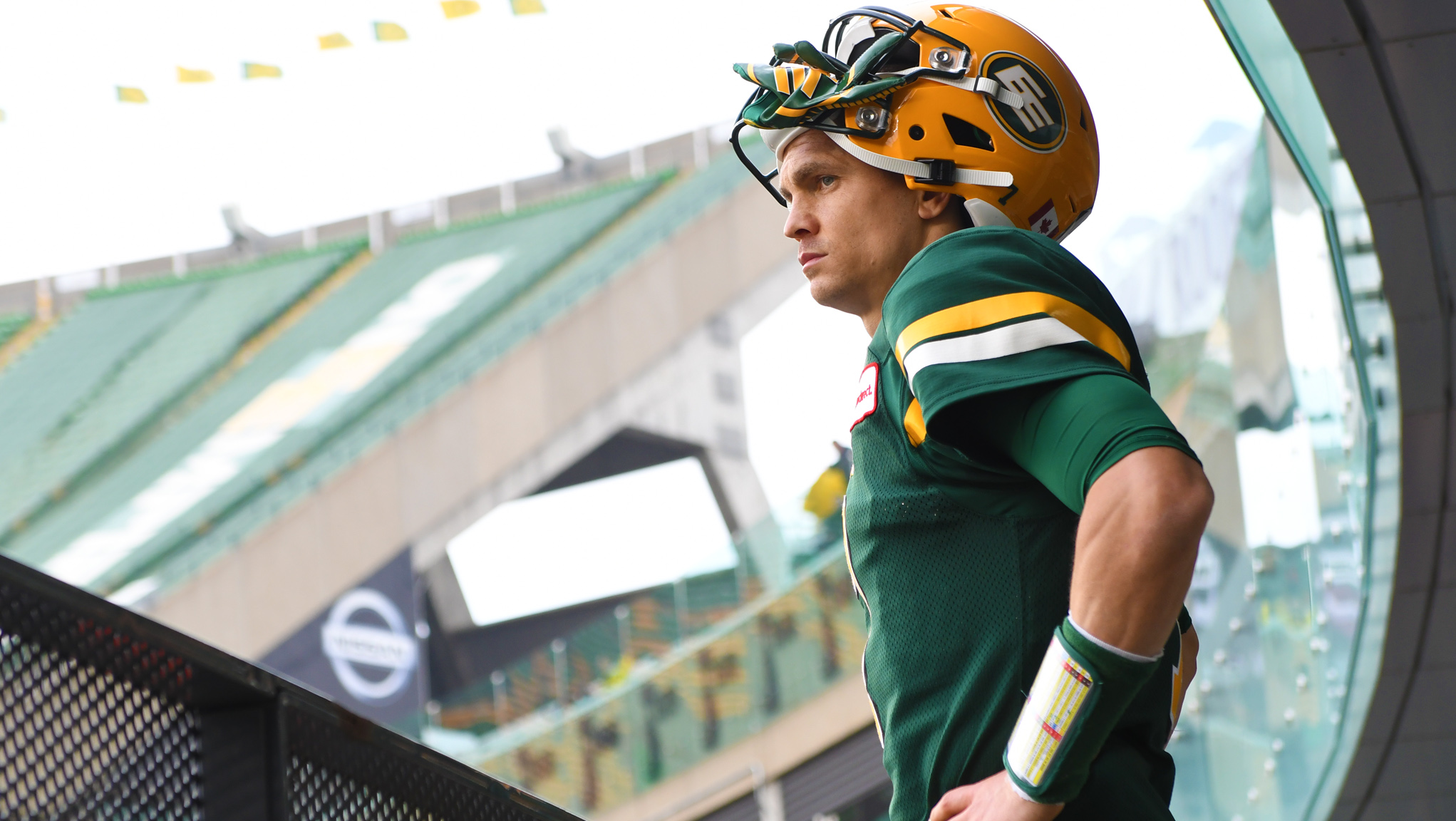 In 13 games in 2019, Trevor Harris threw for over 4,000 yards. He’ll look to be even more productive in 2021, under head coach Jaime Elizondo (Dale MacMillan/Edmonton Elks)

“I think they’ll challenge for first or second place. It’s hard to get a handle on who can do what because there’s been so many changes and it’s been so long since we’ve seen players play,” Scott said.

Scott sees how that time off may impact veterans as a driving determinant in teams’ success this year.

“That to me is going to be one of the very interesting things to watch this year as play resumes, where those older players are,” Scott said.

“And then where do the younger players go? There’ll be some rookies who didn’t play in U SPORTS last year trying to make teams they haven’t played in a year. What will special teams be like for some teams because of that? There’s so many question marks going forward about how teams will look and how teams will be able to play moving forward.”

Scott and Bennett also discussed the Elks’ name announcement and its reaction in Edmonton. Scott also mentioned how great it felt to be back at Commonwealth Stadium for the announcement.

“Being at the stadium this week for the announcement the unveiling, talking football and seeing some football people got me really excited,” he said. “I can’t imagine what it’s going to be like when we all get back to the ballpark and are watching games. It’s it’s going to be fantastic. I can’t wait.”