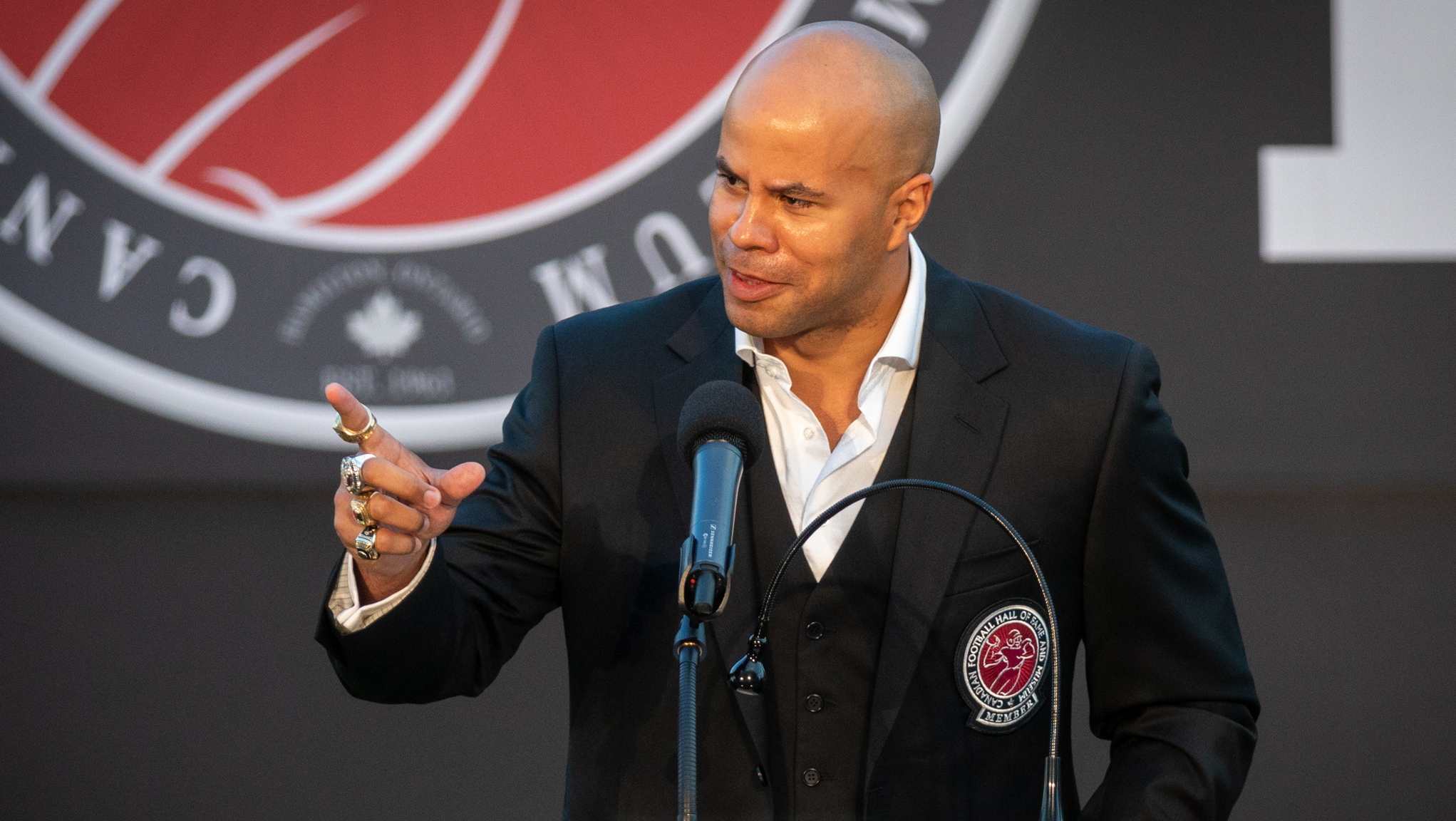 TORONTO — There were many important lessons that Jon Cornish learned from his mother while he was growing up.

She taught him to be selfless and to do as much as you can for others and since then, he’s made sure to do everything he can to follow that advice.

“I think a lot of people sort of believe that having more stuff will make them feel good,” Cornish said. “I disagree with that statement. I am a believer that the best way to feel happy is to help somebody else.”

She also taught him the importance of inclusivity and Cornish joined Donnovan Bennett on this week’s episode of The Waggle podcast to speak about it.

RELATED
» Ready for Kickoff: Previewing the 2021 CFL season
» Is it June Yet? Yes, and it’s Pride Month!
» A look at every team’s Off-Season Depth Chart

When Cornish was playing in the CFL, he worked with You Can Play, an organization that works to create more inclusive spaces for the LGBTQ2S+ community in sports. He was outspoken about inclusivity and making safe locker rooms for any CFL player.

“There was a question in 2012, ‘will our locker rooms be safe for gay people?'” remembered Cornish. “And I thought in 2012, no, they were not safe. But now, we have a generation of talent coming up, who has been through (understanding) equality and LGBTQ rights and all of these different things, we are in a different space now. I really look forward to having a guy make a team who is stepping on the spectrum of sexuality.

“I think there are a lot of ways that there have been trendsetters but I look forward to the next guy just coming in, playing football and going home to his partner and just living a normal life. I think that’s a place where football, especially CFL, is already doing a great job.”

The former Calgary Stampeder opened up about his mother’s same sex marriage back in 2012 and has continued to be a strong advocate for LGBTQ2S+ rights throughout his playing days and beyond. In fact, Cornish brought the Grey Cup into Striker Sports Bar, Canada’s first ever LGBTQ2S+ sports bar, in 2016 for the first-ever LGBTQ2S+ Grey Cup party. He was also always outspoken against any slurs or homophobia he encountered in the locker room.

“If you are a human being and you love another human being, I think that should just be without question,” said Cornish. “We have an old system that said, ‘a man loves a woman’ but there’s nothing really that says it’s natural. I don’t really buy any of that stuff.”

“I truly believe that we need to get past the idea that there’s some proper way of how we should exist versus just letting people sort of love who they love.”