On Monday, the league’s Board of Governors voted unanimously on a 14-game regular season for its’ teams that will kick off August 5 and lead to the 108th Grey Cup on December 12 in Hamilton, Ontario.

“This is an exciting day for Canadian football and for Canada itself,” said Randy Ambrosie, Commissioner of the CFL.

“I want to thank our fans, players, coaches, and partners for their incredible support and patience as we’ve worked together towards this day. This is great news for everyone who loves our game and our country.”

RELATED
» Ready for Kickoff: Previewing the 2021 CFL season
» A look at every team’s Off-Season Depth Chart
» Listen to the CFL’s official podcast, The Waggle, to prep for the season
» Twitter Fingers: CFL community shows excitement after Monday’s news 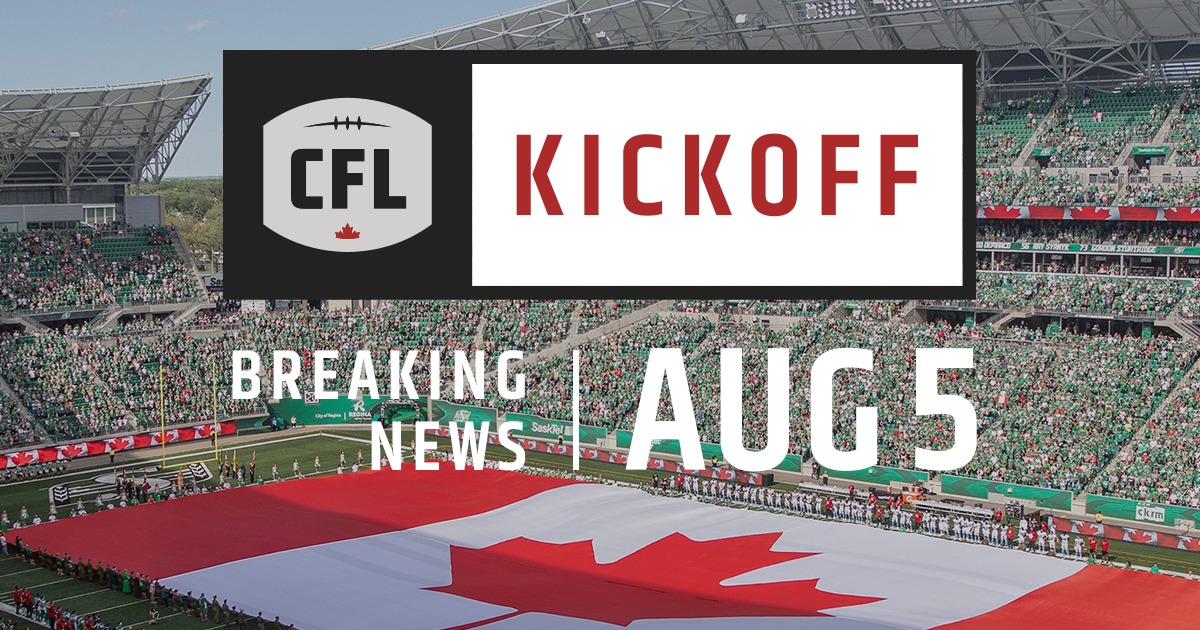 The league told fans back in April that it was setting August 5th as a target date to return from an hiatus forced by the COVID-19 outbreak. The CFL stressed then that it would only move forward with a season if it could secure the necessary approvals from governments for its plans to keep players and coaches safe and the green light from governments to allow a significant number of fans to attend games.

“We are on track to receive all of the necessary health and safety approvals, thanks to our tireless medical advisors and staff, and the dedicated government officials who have been working with them,” Ambrosie said. “And while the outlook for fans in the stands varies from province to province, we are confident that process is also on the right track.”

The full 2021 CFL Schedule will be released tomorrow along with each CFL club’s plan for distributing tickets to season ticket holders and, where government restrictions on stadium capacity allow, ticket sales to the general public. CFL training camps are scheduled to begin on July 10.

Opening day on August 5th will mark the first CFL game since the 107th Grey Cup was played on November 24, 2019.

“I want to acknowledge our governors for choosing to move forward in this very positive way today, for their perseverance, vision, and our great players, for working with us in a spirit of true partnership,” Ambrosie said.

“Words cannot express how grateful we all are to the health care and front line workers who have done so much to keep Canada going. We at the CFL want to thank everyone who has chosen to get vaccinated. We encourage everyone to get a first shot, or a second, when it is their turn,’ he said.

“The public health officials in every province keep telling us that as long as the vaccination rate keeps climbing, and the number of cases of COVID-19 is contained or goes down, the more life will get back to normal, including full capacities in our stadiums.”