Lions, Riders battle for second in the West 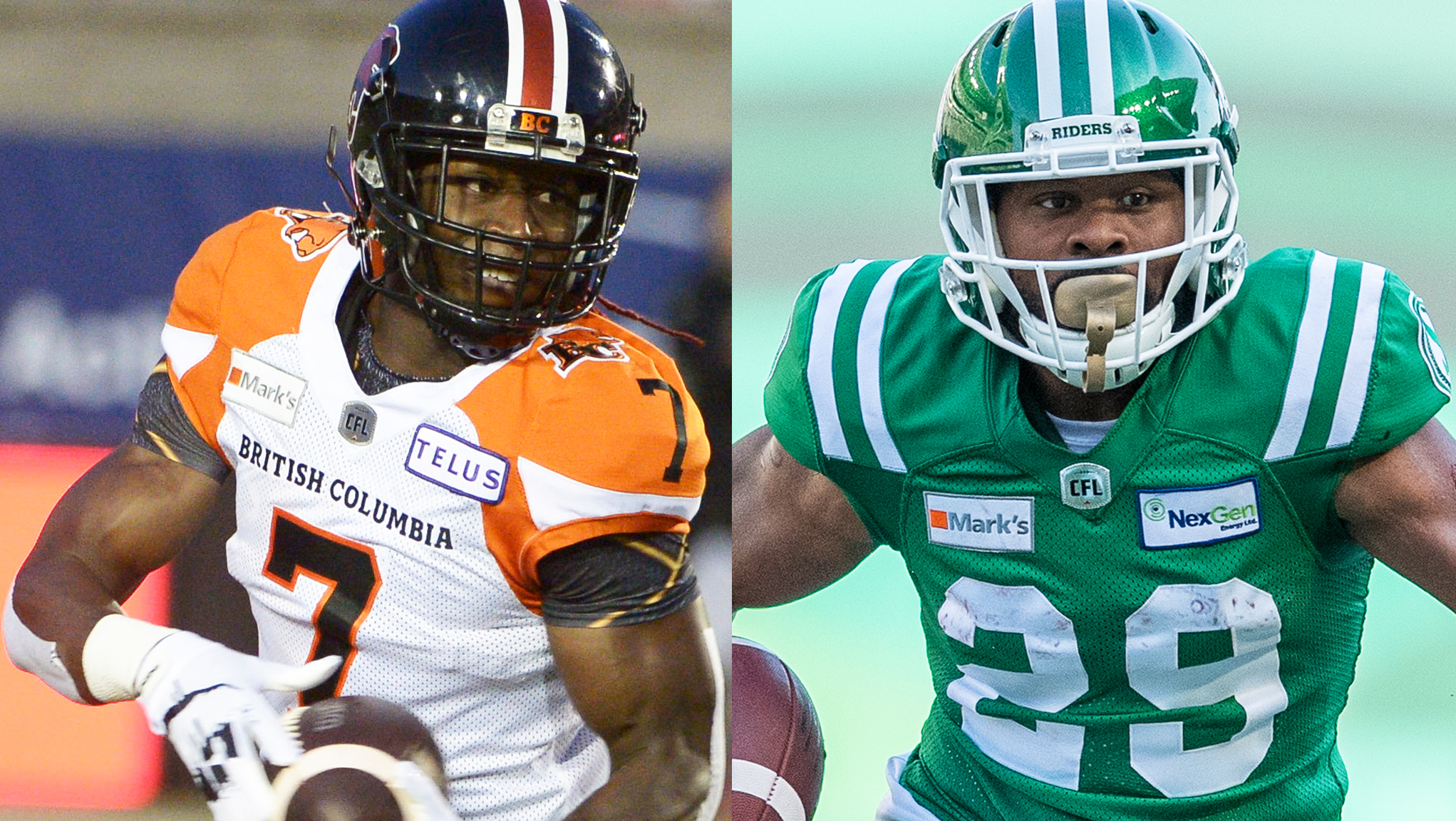 Lions, Riders battle for second in the West

VANCOUVER — Coming off their win against the Montreal Alouettes, the BC Lions welcome the Saskatchewan Roughriders to BC Place in a battle for second place in the West Division.

Riding high off a dominant performance by Michael Reilly (308 passing yards and two touchdowns) the Lions face a Riders’ defence that has looked a little different from the start of the season.

After surrendering 10 points or less in respective games against the Hamilton Tiger-Cats and the Ottawa REDBLACKS earlier this season, Saskatchewan’s defence has given up a combined 72 points since their measuring-stick game against the Winnipeg Blue Bombers on Labour Day.

The opposite can be said about the BC Lions, who have been hitting their stride and return back home in the midst of a three-game winning streak.

During the span of those three games, Reilly and the Lions’ offence have seemingly exploded, utilizing the passing game for a combined 928 yards and seven touchdowns. One of the players who have benefited the most from the Lions’ winning streak heading into their matchup against the Riders is Lucky Whitehead.

RELATED
» Depth Charts: SSK | BC
» Power Rankings: Where did Saskatchewan and BC land?
» Injury Reports: Stay up to date

Whitehead, who has shown to be a threat in the return game, has made his name renowned with his efforts on the offensive side of the ball. Just last week, Whitehead caught 100% of his targets on the night hauling in 6/6 for 133 yards and a touchdown.

Friday will mark just the second time the Lions and the Riders will face off with their first meeting stemming all the way back to Week 1, where Reilly and Nathan Rourke took snaps under centre. With this in mind, Riders’ head coach Craig Dickenson is preparing for an entirely different Lions team this Friday.

“He [Reilly] looks very good,” said Dickenson. “He looks like he’s in a groove, he’s got great rhythm, you can tell his confidence is sky-high; it’ll be a challenge for us to slow him up. He’s a very good football player, tough as nails, just an outstanding guy…there’s a reason he’s got a ring, he’s a champ.

Looking at where his team is in the standings and the streak the Bombers are currently on, Dickenson is well aware of how important this divisional game will be.

“We’re tied with them (BC) for second,” said Dickenson. “Both of us have the same records and the team that wins will go to second alone. This is an important game, our guys know it. We had a decent day today, but not great, we need to have a better day tomorrow and get on that plane confident that we have a good plan.”

Lining up against the BC secondary this week, Kyran Moore is confident in his receiving core’s ability to find success.

“They (BC) play a lot of zone and some man,” said Moore. “I feel like once we get them in man or zone and have those one-on-one opportunities, we just have to make the plays.”

While Dickenson recognizes that the Lions are not the same team they faced in Week 1, Moore feels that his Riders are in the same boat.

With the Riders now at the mid-way point of their schedule, their next few weeks will see them hit the road. After starting the 2021 campaign with five of their six games played at Mosaic Stadium, the Riders will face hostile environments on the road in their next six of eight games. Though, Dan Clark isn’t all too concerned about the travel his club has to do as it is business as usual for the Riders’ O-line.

“If you want to go play at the Thunder Field in 20 minutes, I’ll meet you there,” said Clark. “That’s kind of my mentality being 12 years with this team, it doesn’t matter where we play when we play or how we play, I’ll show up ready and focused to do my job.”

You can catch the second game of the Friday Night Football doubleheader at 10:30 p.m. ET on TSN and ESPN2 or follow along with CFL.ca’s Game Tracker.