Sean McGuire to start at QB for Bombers in Week 15 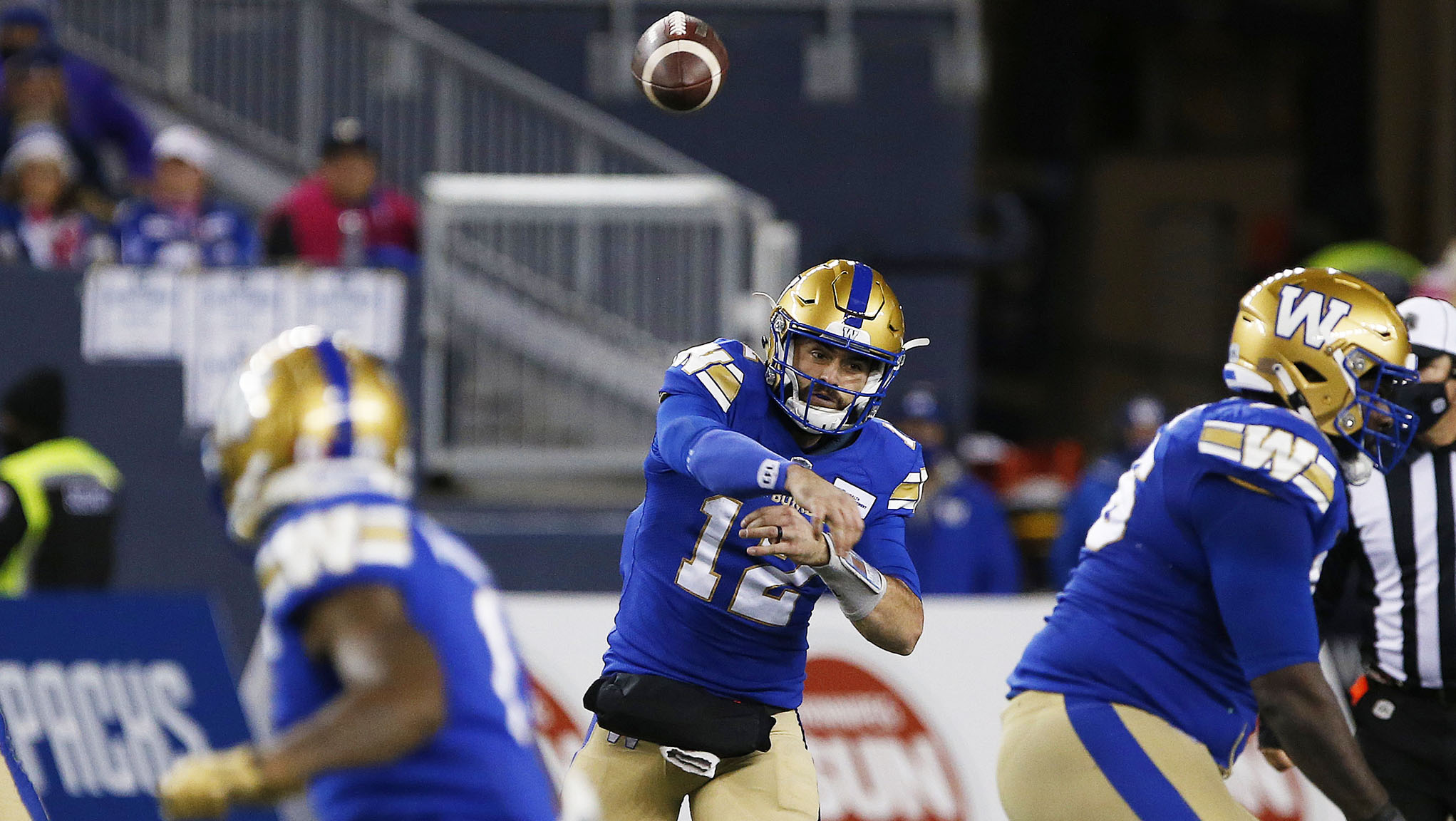 Sean McGuire to start at QB for Bombers in Week 15

WINNIPEG — It appears that the Zach Attack will be on pause this week.

Blue Bombers head coach Mike O’Shea told reporters on Wednesday that backup quarterback Sean McGuire will get the start on Saturday, when they travel to Montreal to face the Alouettes. Zach Collaros will dress, but it doesn’t seem likely he’ll see the field.

Collaros has been at the helm for the duration of the Bombers’ 11-1 run this season. The 33-year-old leads the league in passing yards, with 3,112 and has made 70.6 per cent of his passes, while throwing 20 touchdowns and just six interceptions. The Bombers have clinched first place in the West Division and will host the Western Final at IG Field on Dec. 5. With the team’s final two games, O’Shea may look to rest some of his key players to have his roster at full strength when it takes its shot at a return appearance in the Grey Cup game.

Breaking: QB Sean McGuire will start this week for the #Bombers, Mike O’Shea tells @Ted_Wyman.
Dru Brown may get some work, too, so it seems Zach Collaros will get a good rest.
O’Shea clarifies, they ARE ABLE to dress three quarterbacks, if they so choose.

McGuire, 25, is in his second season with the Bombers and picked up most of his playing time this year in short yardage situations. He has eight rushing touchdowns on the season.