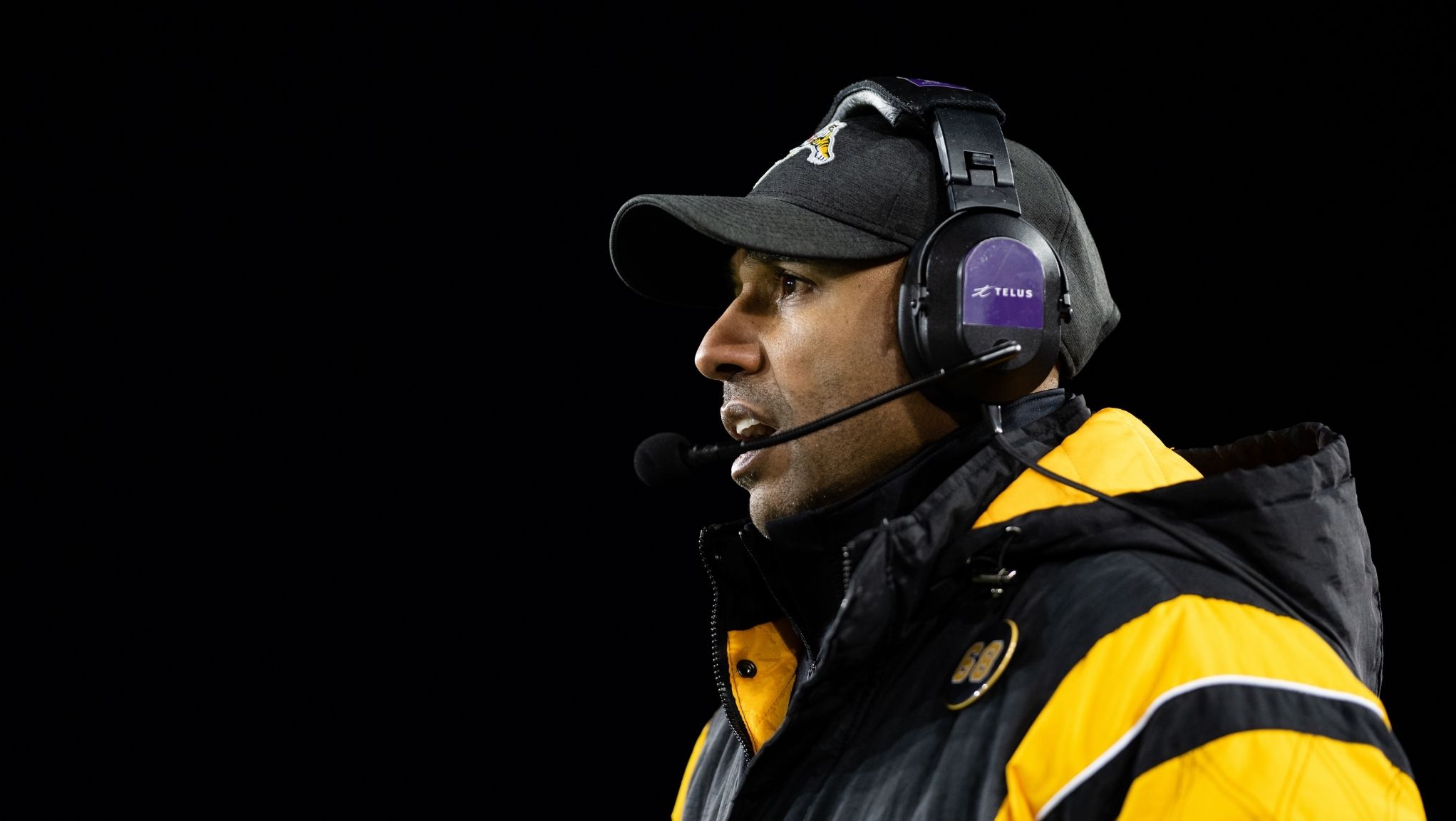 HAMILTON —  Falling to the Winnipeg Blue Bombers in the 108th Grey Cup, a disappointed mood was shared amongst the Hamilton Tiger-Cats.

“For once I was kind of at a loss for words,” said Orlondo Steinauer post-game. “We all just kind of sat there. I kind of waited until every last person who was a part of this organization trickled in and I just told them the only way these things heal is with time. You can’t speed it up, you can’t slow it down.”

With all that the Ticats have been through this year, Steinauer noted how proud he was of his team for going toe-to-toe with the Bombers for all four quarters and the extra frame.

“There’s no words you can give them except I’m extremely proud of them,” Steinauer said.

“I told them all each individually that I loved them that was from the heart. Everyone was hugging everybody, just extremely disappointed. Everyone can label or do what they want, but I’m extremely proud of their grit and the people they became.”

Reflecting on the game, he discussed what he would and wouldn’t do differently.

“It felt like if we were able to convert that touchdown at the end, that’s it,” Steinauer said.

“There’s no second-guessing that it was obviously a heavy wind game. They made the decision that they were going to take the wind in the fourth. I think both teams did a great job with the wind when they had it in the second half. We did a great job of moving it against the wind to give ourselves an opportunity to win.”

With the season now in the books, Steinauer took the time to speak on the Hamilton community, which made him and the team feel supported from the first snap of the 2021 season.

“(I’m) disappointed we let them down but it wasn’t from a lack of effort,” Steinauer said. “I love this community, super proud. You start feeling the buzz midweek. I know they’re super proud of the Ticats, they should be super proud of this football team.

“We took the long road here but the key word is ‘here.’ We didn’t finish. Definitely disappointed, the guys laid it on the line. I do want to say thank you to the city for their unconditional support. We heard tons of great things on the way out. I definitely appreciate them.”