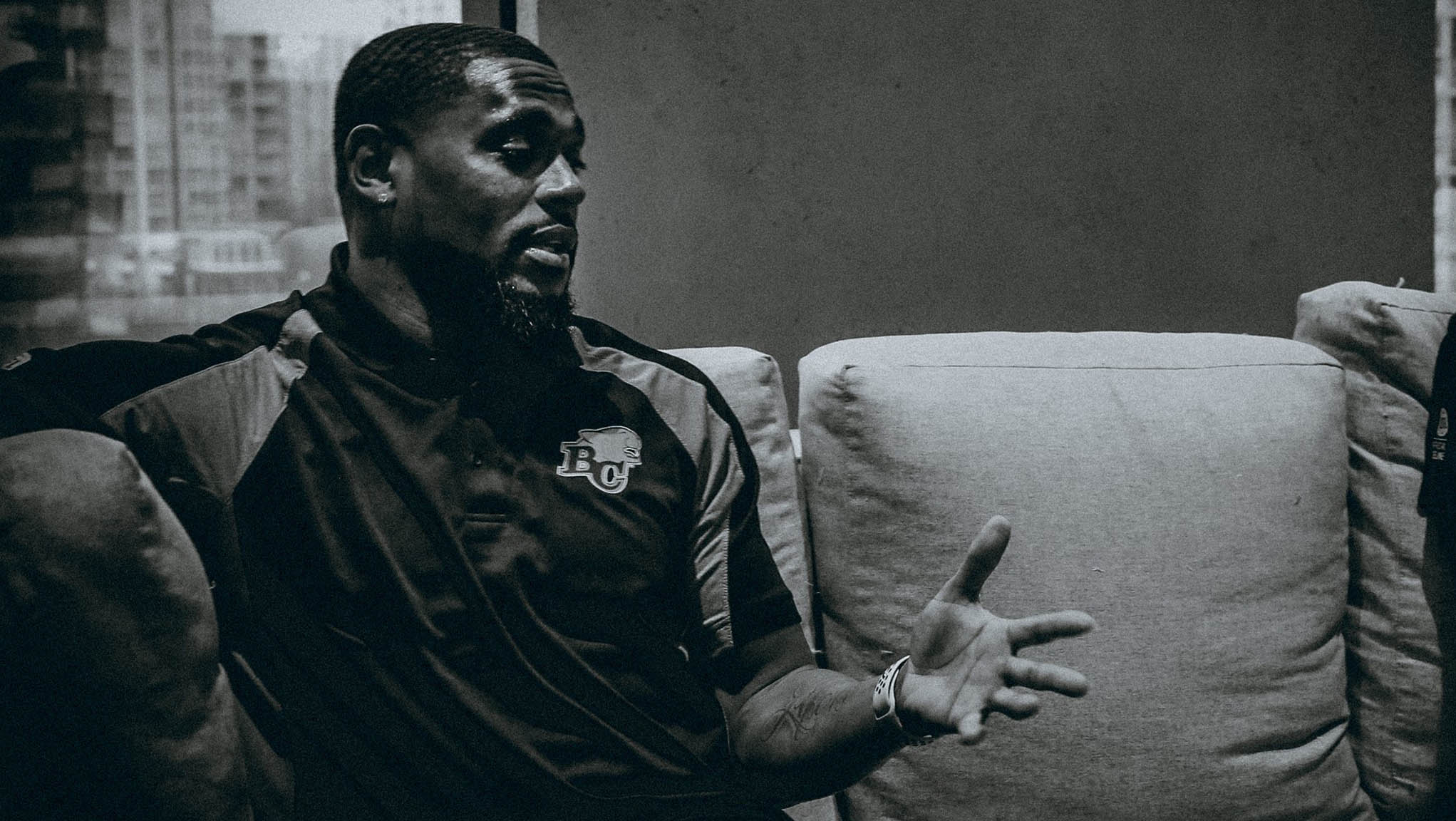 Part of Ryan Phillips‘ transition from being a CFL all-star defensive back to pacing the sidelines as a coach was learning to bite his tongue.

Phillips admits there were many times during his first season as BC’s defensive backs’ coach in 2019 that he was left shaking his head wondering how one of his players couldn’t see something on the field that was so obvious to him.

“I’d be like, ‘Man, how did you not see that?’” the four-time CFL all-star, who still owns Lions’ franchise records for interceptions in a season (12 in 2007) and interceptions returned for touchdowns (five), said on a video call.

“Every great player cannot be a great coach is something I learned early. You have to transition from being a player to being a coach…understanding everybody doesn’t learn like you, everybody doesn’t assess the game or even observe the game like you.”

Phillips’ development as a coach has continued with the Lions promoting him to defensive coordinator this week. He plans to bring the same determination and drive to the coordinator’s position that he did as a player during a 13-year career that was spent mostly with BC. 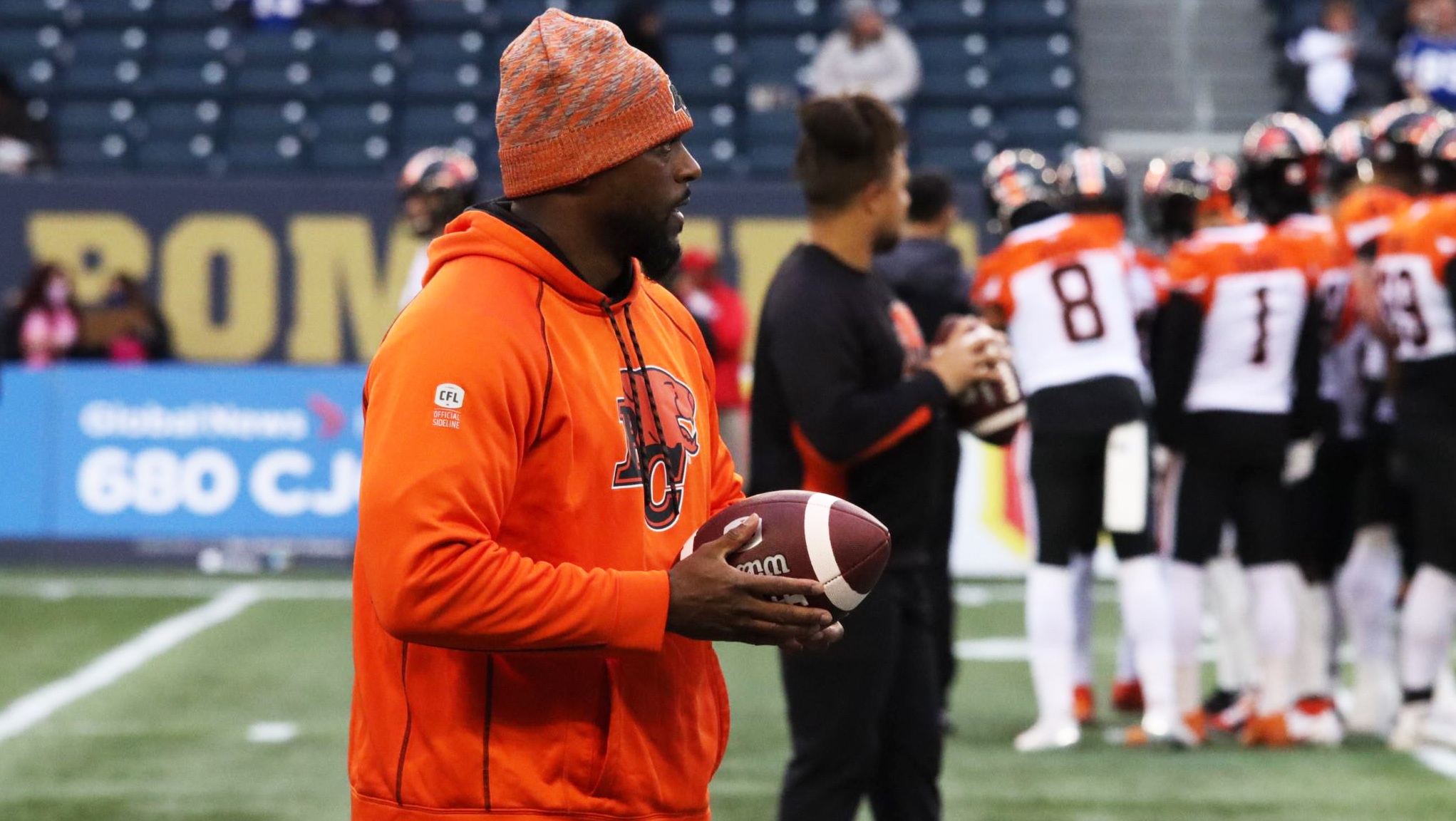 As defensive backs coach, Phillips worked with a group that pulled in 12 interceptions in 2021 (BCLions.com)

“I don’t think defence gets enough notoriety in this league,” said the 39-year-old Seattle native, who will continue as defensive backs coach. “That’s something I took pride in as a player and I want to be able to share that as a coordinator.

“Get us to play to our strengths, understand our personnel, make sure these guys are playing at a high level, put our offence in a position to score. It’s definitely a different accountability but something I’m ready for.”

Rick Campbell had the defensive coordinator title along with head coach and co-general manager in 2021. He wanted to use this first year with BC to work with Phillips and pave the way for the move into the coordinator’s role.

“I obviously knew who he was but we had never worked together,” said Campbell. “In the big picture the goal was that he’d be able to take that over. I’m excited for him and excited for our defence.”

Campbell said he won’t be looking over Phillips’ shoulder next season.

“I’m not a micromanager type of guy,” he said. “As head coach it’s my responsibility to be involved in everything and make sure we’re functioning how we need to on defence, offence and special teams.

“It helps clarify the situation for our defence and for me, just to be able to know we’ve got a guy in charge. I’ll always be around, that’s my job.”

The Lions also announced that six of their assistant coaches will return to the team for the 2022 season.

Campbell said returning with the same group of coaches brings continuity to an organization.

“When you can develop some type of continuity that allows you to get better,” he said. “I really liked the group. We’re fortunate that we’ve been able to retain this many guys.”

The Lions finished 5-9  in 2021 and missed the playoffs for the third time in four seasons. The BC defence flashed strengths in the shortened season, with its defensive backs pulling in 12 interceptions and the team leading the league with 17 picks. The defence was in the bottom third of the league in other areas though, including least sacks made (32).

Linebacker Jordan Williams, the first player taken in the 2020 CFL draft, was  named the rookie of the year after recording 92 defensive tackles to finish second overall. He also broke current Winnipeg Blue Bomber coach Mike O’Shea’s record for most tackles by a Canadian rookie (75 in 1993 with Hamilton).

Phillips believes the Lions have a solid foundation that can be improved upon with a few additions.

“We need to retain a nucleus of guys that we have that are playing at a high level that gives us a chance to be successful,” he said. “Outside of that you always want to do whatever it takes to be better.

One area where Phillips wants to see the Lions improve is getting pressure on the quarterback.

“Everything thing starts with the quarterback,” he said. “He is their most important piece on the team. Any time you can affect the quarterback you have a better chance of winning the game. It’s something we want to spotlight going into this season. We have to have guys in a position to make those plays.”

With the coaching staff in place Campbell can begin thinking about resigning players and who the team will target in free agency.

“I think we have a good foundation and we need to target probably three, four or five guys that can be impact guys,” he said. “We’ll  be doing that homework as we go forward.”

One player Campbell hasn’t spoken with is Michael Reilly. The veteran quarterback completed 276 of 400 passes for a league-leading 3,283 yards, 14 touchdowns and six interceptions, despite dealing with a sore elbow all year.

There are questions about whether Reilly will be back in 2022. He’ll turn 37 before the start of next season and carries a hefty salary.

“We’ll see how everything plays out.”