Nye: 10 things I’m most excited about from the ’22 schedule 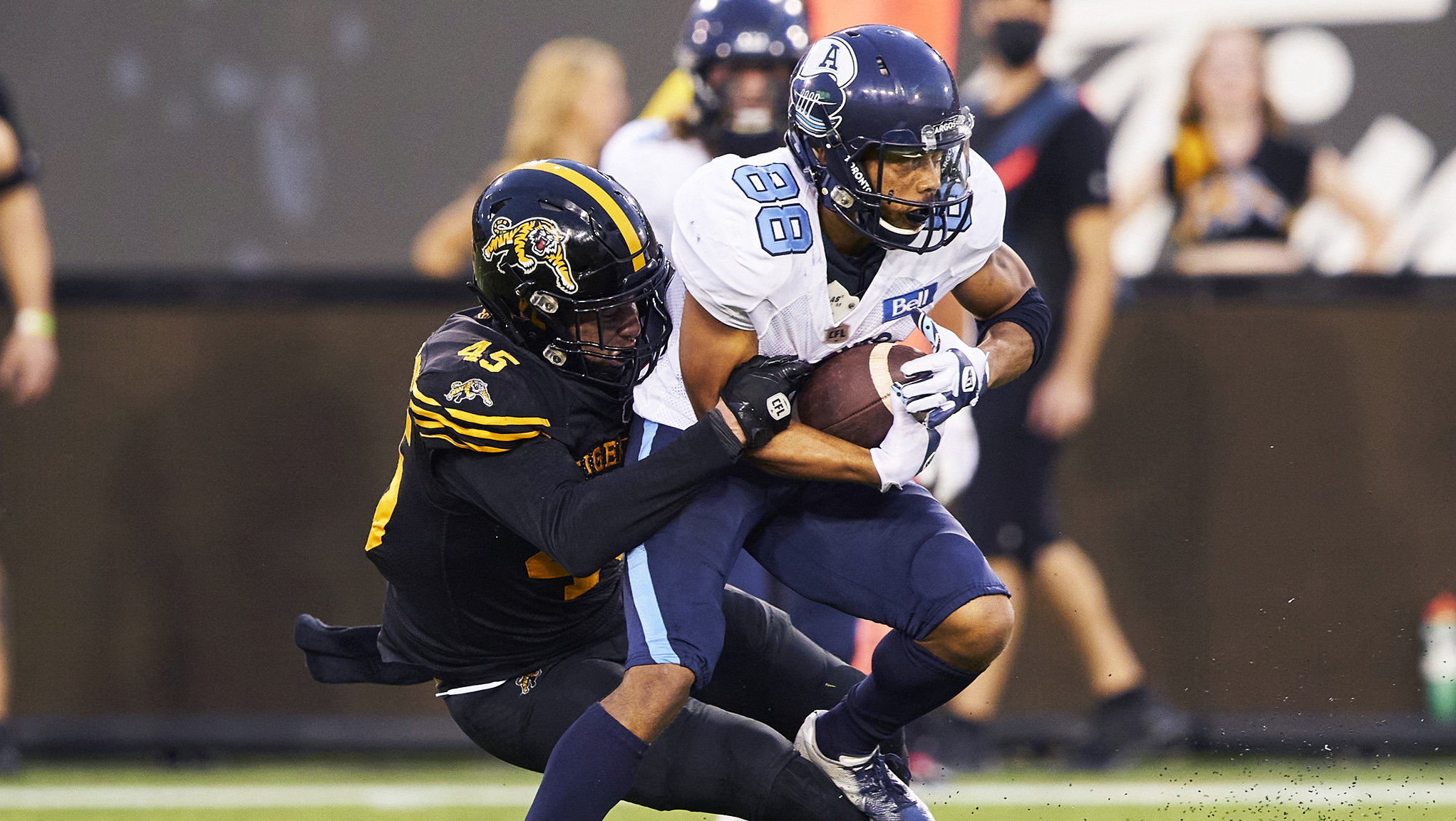 Nye: 10 things I’m most excited about from the ’22 schedule

When the 2022 CFL schedule dropped, I immediately dug in first to find the bye weeks for the team I’m closest to – the Saskatchewan Roughriders – to see what weeks to start planning summer or fall getaways.

What? As a father of two and a short summer to enjoy, you want to see when you can take your kids camping.

The second thing that jumped out at me is that there are more East vs. East games this season than East vs. West games. I know some fans are disappointed that they won’t get to see every team up close and personal but I’ve always been one who didn’t like that the East Division teams played more games against West opponents than East.

The shortened season allowed the league to dip their toe into the idea and they’ll make it more prevalent this year.

What we get are more rivalry games!

The Ottawa/Montreal set could turn into something but it needs some time to grow and with four meetings this year. They should down right despise each other by the end of the 2022 season.

Here are 10 things I’m excited for from the 2022 schedule laid out in front of us. (I will not say Mark’s Labour Day Weekend because that’s a no brainer.)

I know, you’re likely thinking I’m crazy for suggesting that there is anything exciting about pre-season games when half of the roster on the field won’t even be around for game one of the regular season.

But all things being equal, what excites me is it will give new quarterbacks, coaches and coordinators some time to put some things together against live competition, something we didn’t have in 2022. Many around the league believed some of the quality of play was impacted by the lack of a pre-season and some good players likely were cut last year because they weren’t able to showcase their abilities on the CFL field in a game situation.

Teams did their best with controlled scrimmages but there wasn’t any tackling and it was missing a key element of football; physicality. So yes, I’ll be digging into the camp battles and watching them play out with games that don’t matter in the standings but do matter in putting the best product and personnel on the field when the games start to matter.

Also, a Monday matinee to kickoff pre-season on Victoria Day with the Riders and Bombers? I’m not going to say ‘no’ to that!

In a strange twist, these will be the first games we’ll see Paul LaPolice coach against the team he helped guide to a Grey Cup championship in 2019. The former offensive coordinator of the Bombers didn’t get a game in against them in 2021 and he’s definitely going to be ready to put on a much better first impression for this version of the REDBLACKS than what he did in 2021.

Oh, yes, the Grey Cup rematch! Hamilton gave it their best shot in the rematch last year but to no avail. We’ll all be watching closely if the Tiger-Cats can send a message early in the season that if there is to be a three-peat of a Grey Cup matchup that, this time, will be different.

I’m intrigued about the first of four games between the Alberta rivals and being as how I already stated I will not include Labour Day, I’ll throw this one in the list because if Nick Arbuckle wins the starting job, it would be an interesting wrinkle to this rivalry to have the old backup to Bo ride in being the new leader of their Northern rival.

I love football on Canada Day and here we are! It’s a July 1 evening affair and I hope there is a big firework celebration after the game as well if TSN can show it to us. The game isn’t a big time matchup of two bitter rivals and it doesn’t need to be. As long as there is three down football on Canada Day, I’ll be tuned in! 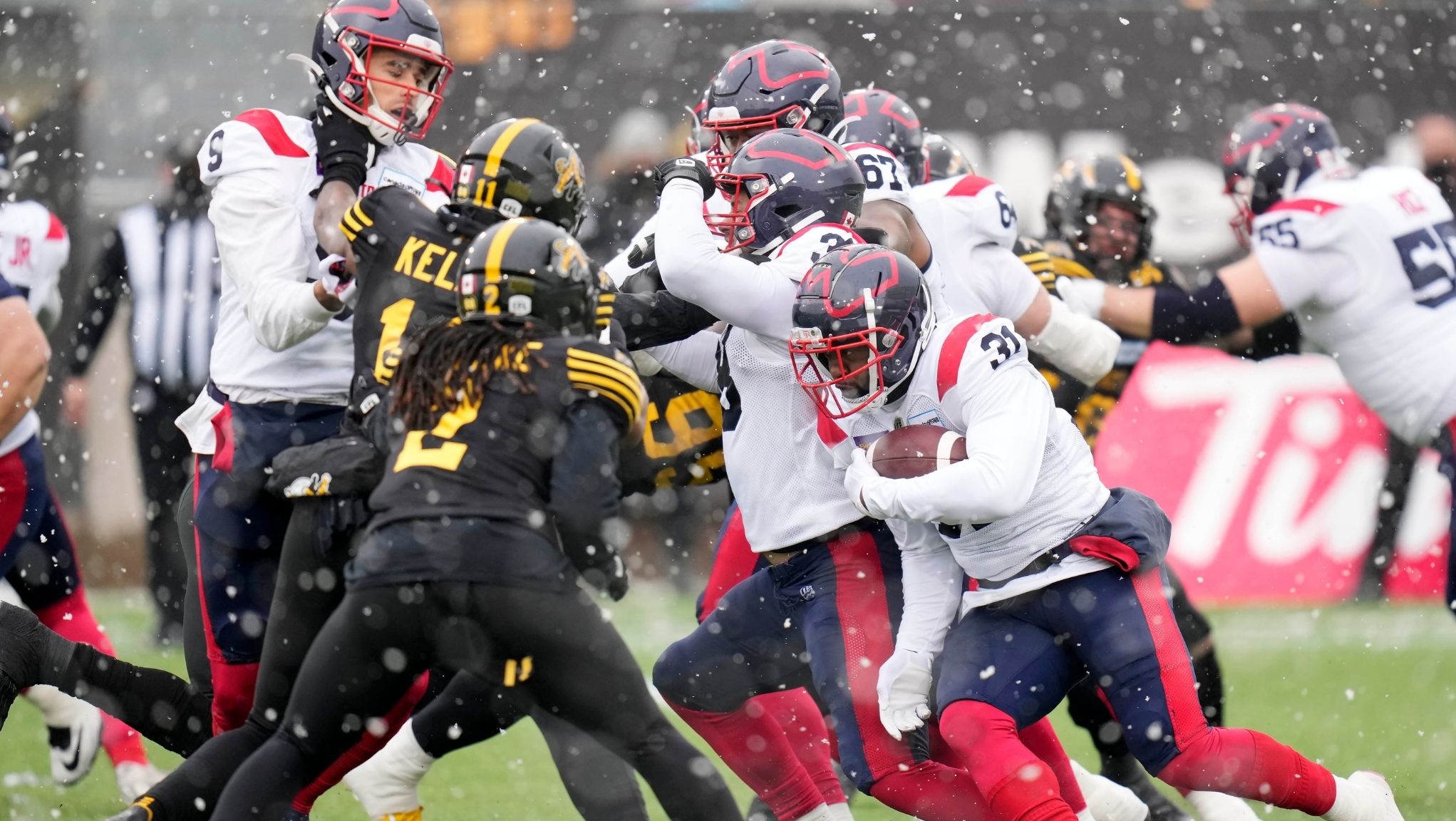 The Eastern Semi-Final rematch is something of intrigue after the Alouettes were without Vernon Adams Jr. in the final part of the season and in the playoffs. These two teams gave us one heck of thrilling game down the stretch of the regular season that ended with an Alouettes overtime win.

In the span of a month, from August 6 to September 5, the Argonauts and Tiger-Cats will face each other four times. It will be a crucial series of games culminating it what will likely be a bitter and physical Labour Day game in Hamilton.

The final two weeks of the season are all division rivalry games and have some playoff positioning drama potentially at stake. The final two weeks are also the only time the Stamps and the Roughriders go head-to-head in the regular season and being as how the two teams are constantly battling it out in the West playoff race, these could be some decisive and divisive games to wrap up the regular season.

The REDBLACKS season will rely on their final seven games of the year as in those final weeks of the season, they play the Argonauts, Alouettes and Tiger-Cats all back to back sets with BC as a throw in game to break things up. If Ottawa wants to turn it around this will be a crucial set of games to prove they’re no longer the walk-over.

The final thing to keep in mind is what will come this off-season. Coaches and players will be on the move so you can revisit the schedule all off-season for the next great game between an coach against is old team or a big name player having to go back to the place he just left in the off-season.