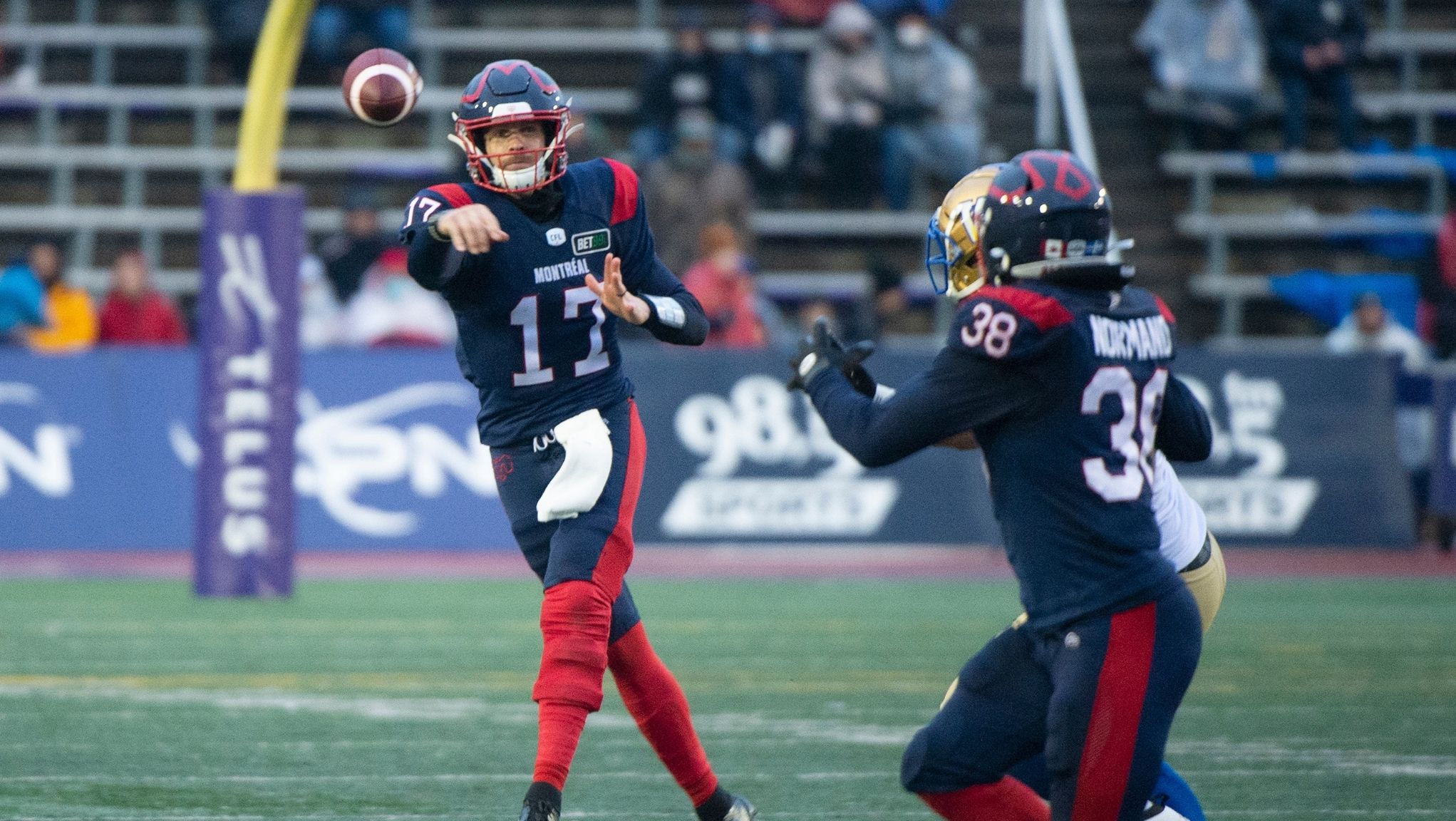 Harris, 35, joined the Alouettes on Oct. 17, picking him up in a trade with Edmonton. He led the Als into the Eastern Semi-Final game in Hamilton, where the Tiger-Cats topped them 23-12. Harris played in four regular-season games for Montreal, making 64-91 passes for 703 yards, with eight touchdowns and a pair of interceptions.

Through nine CFL seasons, Harris has amassed 24,453 yards with 134 touchdowns and 59 interceptions.

Harris’ release shouldn’t come as a surprise, given that the Alouettes extended their QB Vernon Adams Jr. through 2023 last week. Als’ GM Danny Maciocia made it very clear in the announcement of the signing that he and the organization had never looked at Harris taking the starting job from Adams.