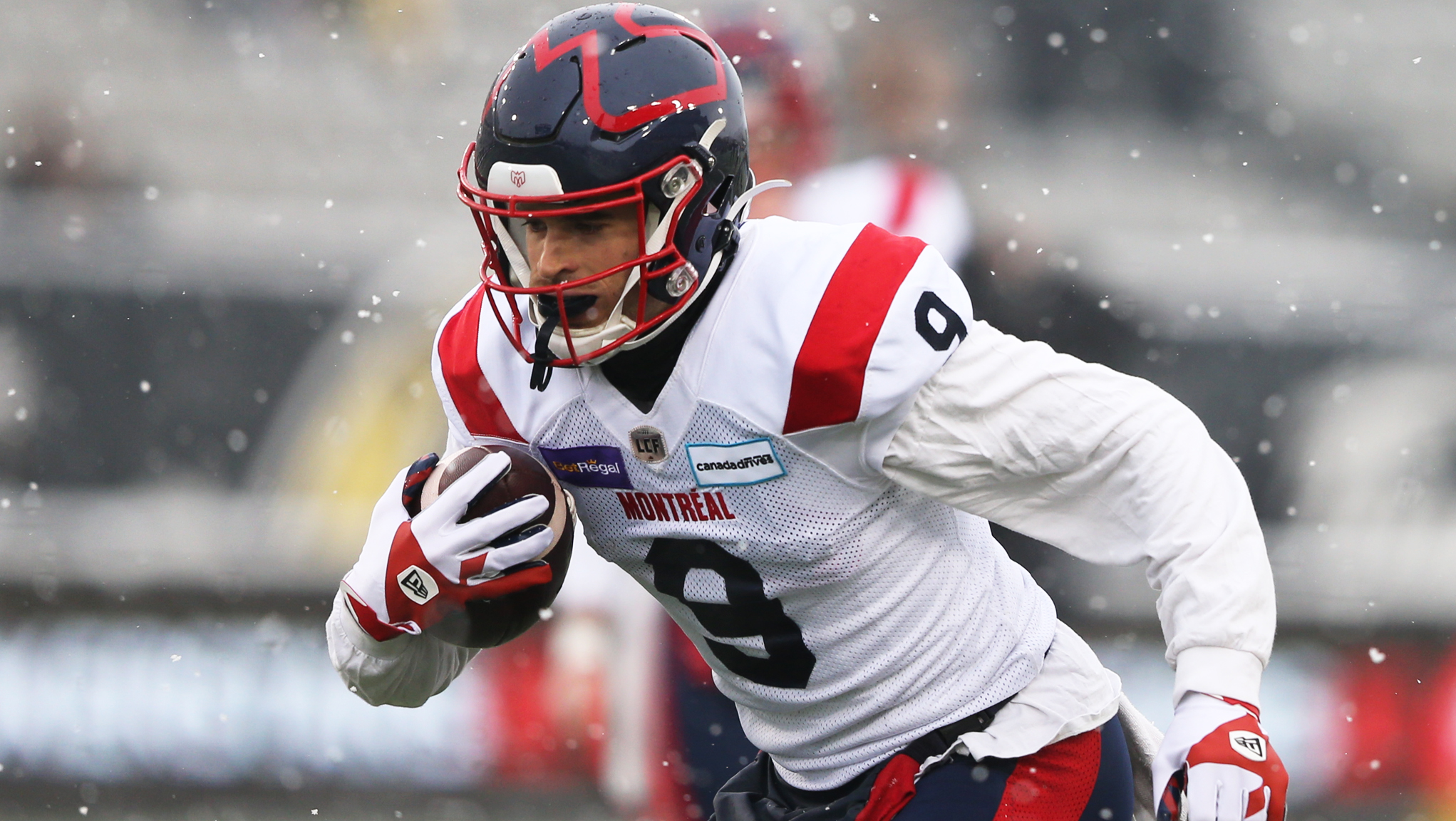 With an abundance of players due to become free agents on February 8, the next month will be a busy time for general managers across the league.

There are so many stars that hold expiring contracts, so there’s bound to be a few that will hit the open market as front offices decide who to make a priority this off-season.

As the calendar flipped to 2022, a few new contracts have been signed but who else should be at the top of every team’s list to keep around?

Here’s one player that every team should try and keep.

With a name like TD Jake, how can you not make sure to keep him around? Jake Wieneke emerged as one of the top receivers in the league in 2021, hauling in a career-high 11 touchdowns (good for first in the league, just ahead of his teammate Eugene Lewis who had nine). His 898 yards through the air was also fifth in the CFL.

Wieneke was a vital part of the Montreal Alouettes offence that helped the team make the playoffs and should be a priority to put pen to paper.

There are quite a few names that stand out on the Tiger-Cats pending FA list, including both quarterbacks Dane Evans and Jeremiah Masoli, but when you look at how good Hamilton was in 2021, you have to first look at their defence. And one of the most important pieces of that unit was defensive end Ja’Gared Davis.

Davis finished the regular season with 39 tackles and six sacks, but it was his defence contributions in the playoffs and Grey Cup that really showcased just how impactful he could be. Along with generating pressure on opposing QBs to make them uncomfortable in the pocket and forcing fumbles, the 31-year-old tallied five sacks in two playoff games and the 108th Grey Cup.

There are quite a few playmakers on the Ottawa REDBLACKS defence that hold expiring contracts that new general manager Shawn Burke probably would like to retain – SAM linebacker Don Unamba, DBs Randall Evans and Abdul Kanneh and long-time REDBLACK Antoine Pruneau all come to mind.

But after Micah Awe enjoyed his best CFL season in the nation’s capital, how could he pass up on keeping the 28-year-old in red and black? Awe hit career-highs in defensive tackles (74), sacks (three) and forced fumbles (two) in his fourth year in the league. For a team looking for a bounce-back in 2022, keeping Awe around on the defensive side of the ball would only help their chances.

Dexter McCoil  led the Argonauts in defensive tackles (60) in 11 games in 2021, and also tallied nine more tackles on special teams to go along with two sacks and a pair of interceptions. The 30-year old also scored a touchdown in his first season in Toronto.

McCoil proved that he can do a little bit of everything, making plays all over the field last season, and will likely be a piece of the Argos defence that the team would want to lock up before he hits the open market. 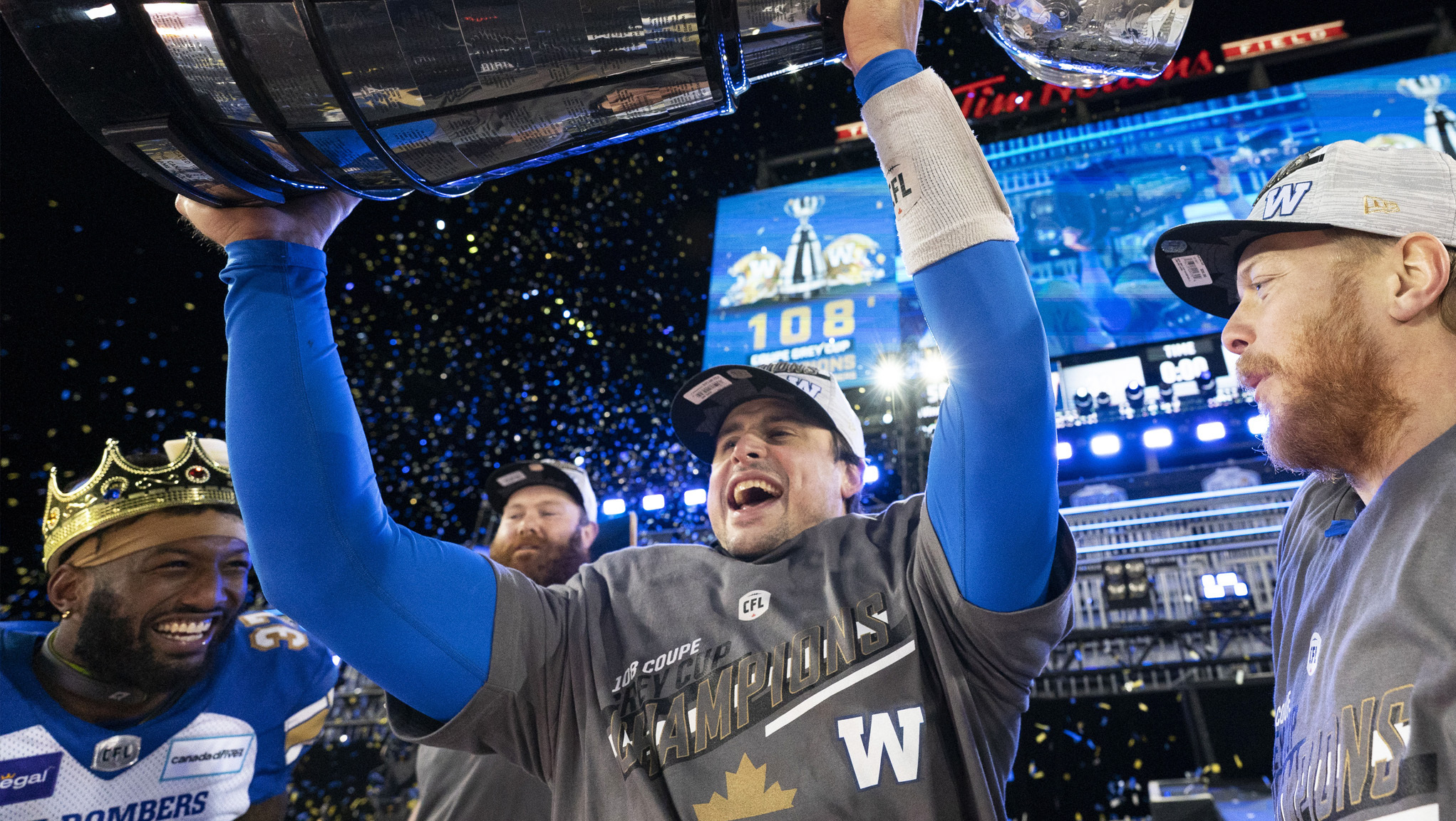 Zach Collaros has helped the Bombers to win two Grey Cups in a row since joining the team in 2019 (CFL.ca)

How can the Bombers not re-sign Zach Collaros? All the quarterback has done since joining Winnipeg at the end of the 2019 season is win. He helped take the Bombers to their first championship in 29 years and then after a year off, picked right back up where he left off, guiding Winnipeg to the league’s best record and their second Grey Cup win in a row.

The 2021 MOP is sure to be a top priority for Kyle Walters and co. as they eye going for a three-peat this year.

With just a few games to his name since returning to the CFL from the NFL, Duke Williams made a massive impact with the Riders in the final stretch of the 2021 season.

He made 17 catches for 285 yards and a touchdown in four regular season games while also adding four receptions for 108 yards and a major score against the Bombers in the Western Final. He quickly became one of Cody Fajardo’s favourite targets and should be a priority for Jeremy O’Day to try and lock up to continue that in 2022.

(Editors note: Whitehead signed an extension with the Lions on 01/10/22)

The BC Lions offensive success was in large part to the speed and skill of Lucky Whitehead. The 29-year-old joined the Lions as a free agent in 2021 and made an impact finding chemistry with QB Michael Reilly. Not only was Whitehead one of the leading receivers last season – he amassed 932 receiving yards in just 12 games – it was his YAC yards that were jaw dropping. His 447 yards after the catch were good for first in the league, proving that once the five-foot-10, 177-pounder had the ball in his hands, his used his speed to outrun coverage.

Whitehead perfectly complimented the Leos offence and made an impact on special teams, along with being a fan-favourite, so it’s likely that BC will be trying to get him to put pen to paper before his contract expires next month.

Trumaine Washington tallied five interceptions in 2021 (a career high) tying for the league-lead with Hamilton’s Cariel Brooks. The five-foot-nine, 185 defensive back also hit a career-high in defensive tackles (55) and added a touchdown and a forced fumble.

It remains to be see the direction that Chris Jones wants to take his new team this season but Washington’s ball-hawking ability should be intriguing for the new head coach and general manager.

And don’t forget about his incredible performance in the Western Semi-Final where he found the end zone twice while racking up 117 yards. The five-foot-10, 210-pounder should be on the wish list for John Hufnagel before February 8.