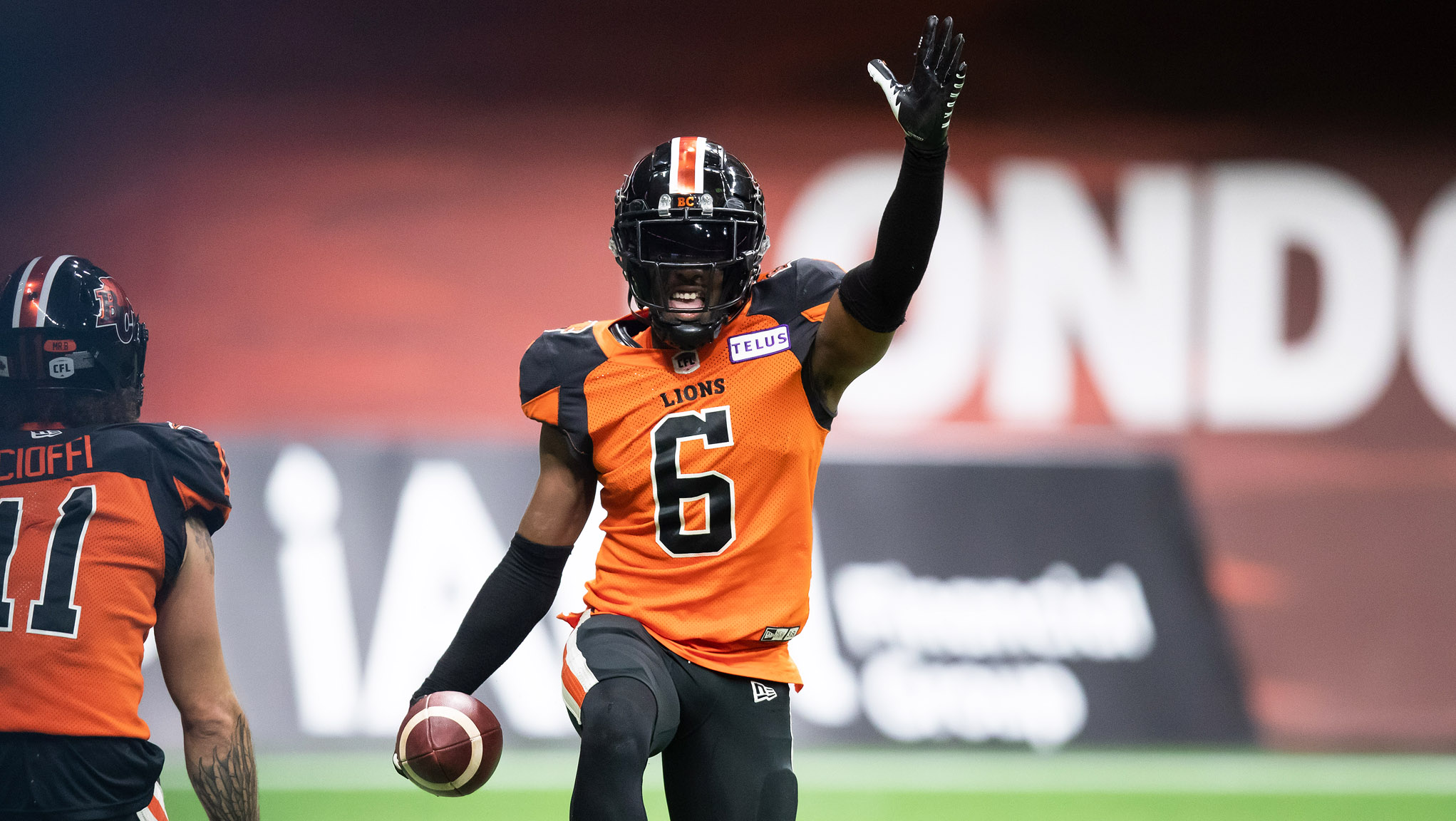 VANCOUVER — The BC Lions have extended American defensive back T.J. Lee III. Lee was eligible to become a free agent on Feb. 8.

“I couldn’t imagine playing my 100th game in a uniform other than Lions orange, Lee said.

“This is the best situation for both me and my family and I can’t wait for the opportunity to help this defence build on some of the good things we did last season. Building that bond with returning players will equal more wins in important games.”

Lee is six games shy of hitting the century mark with the only organization he has ever known. The veteran DB had yet another solid season in 2021, registering a team-leading four interceptions while his 83 total tackles (71 offence, 12 special teams) were good enough for second on the squad behind Most Outstanding Rookie Jordan Williams.

In addition, Lee recorded the second multi-interception game of his career in a 43-10 win over Edmonton to wrap up the 2021 campaign. To cap it all off, he was named a CFL Western Division All-Star for the second time in his career.