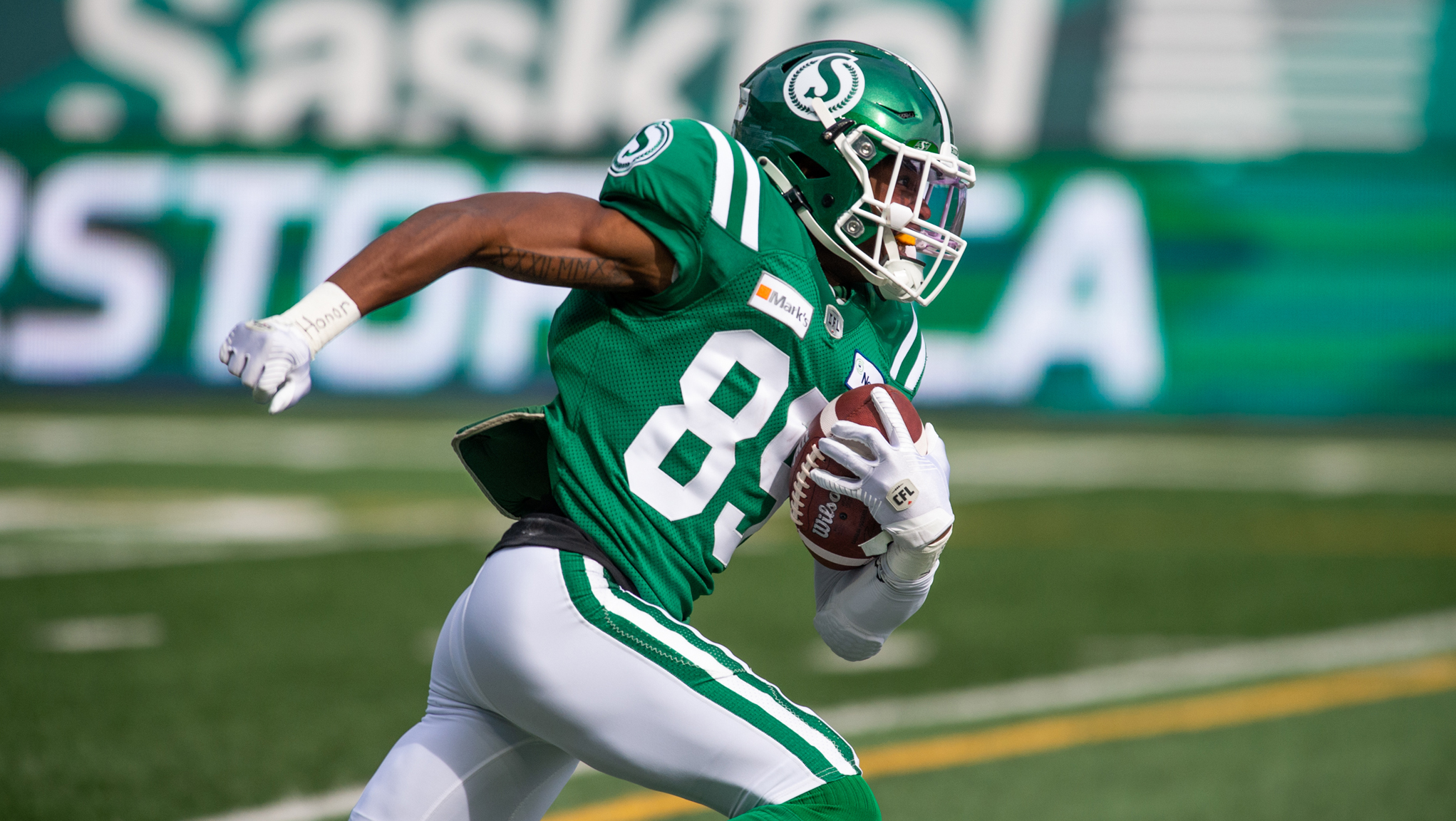 REGINA — The Saskatchewan Roughriders have signed American receiver Kyran Moore to a contract extension, the team announced on Friday. The pass-catcher was set to become a free agent next month.

Moore (5’10-165) returns for his fourth season in Green and White in 2022. The fan favourite receiver led the team with 585 receiving yards in 2021, including 286 yards after catch. He averaged 9.1 yards per reception and scored three touchdowns in 11 games before being sidelined with a knee injury in Week 13.

Moore had a breakout season in 2019, playing in all 18 regular season games and earning 996 yards and six touchdowns on 78 receptions. He had four games where he tallied 100 yards or more and added 119 yards in the 2019 Western Final. In 2018, the 25-year-old made 32 receptions for 475 yards receiving and one touchdown over ten games. Moore returned just three punts and one missed field goal for 40 yards last season but has racked up a career 630 yards and two touchdowns on punt returns and 141 yards on kick returns.

The Alabama native spent four collegiate seasons at Austin Peay (2014-17) playing in 34 games with the Governors. As a receiver, Moore had 38 receptions for 553 yards and three touchdowns, added 39 carries for 184 yards and two touchdowns, had 43 kickoff returns for 889 yards and one touchdown and 14 punt returns for 48 yards.  He was named Second Team All-OVC as a return specialist in 2016. Moore started his collegiate career as a defensive back before being flipped to offence in 2016.