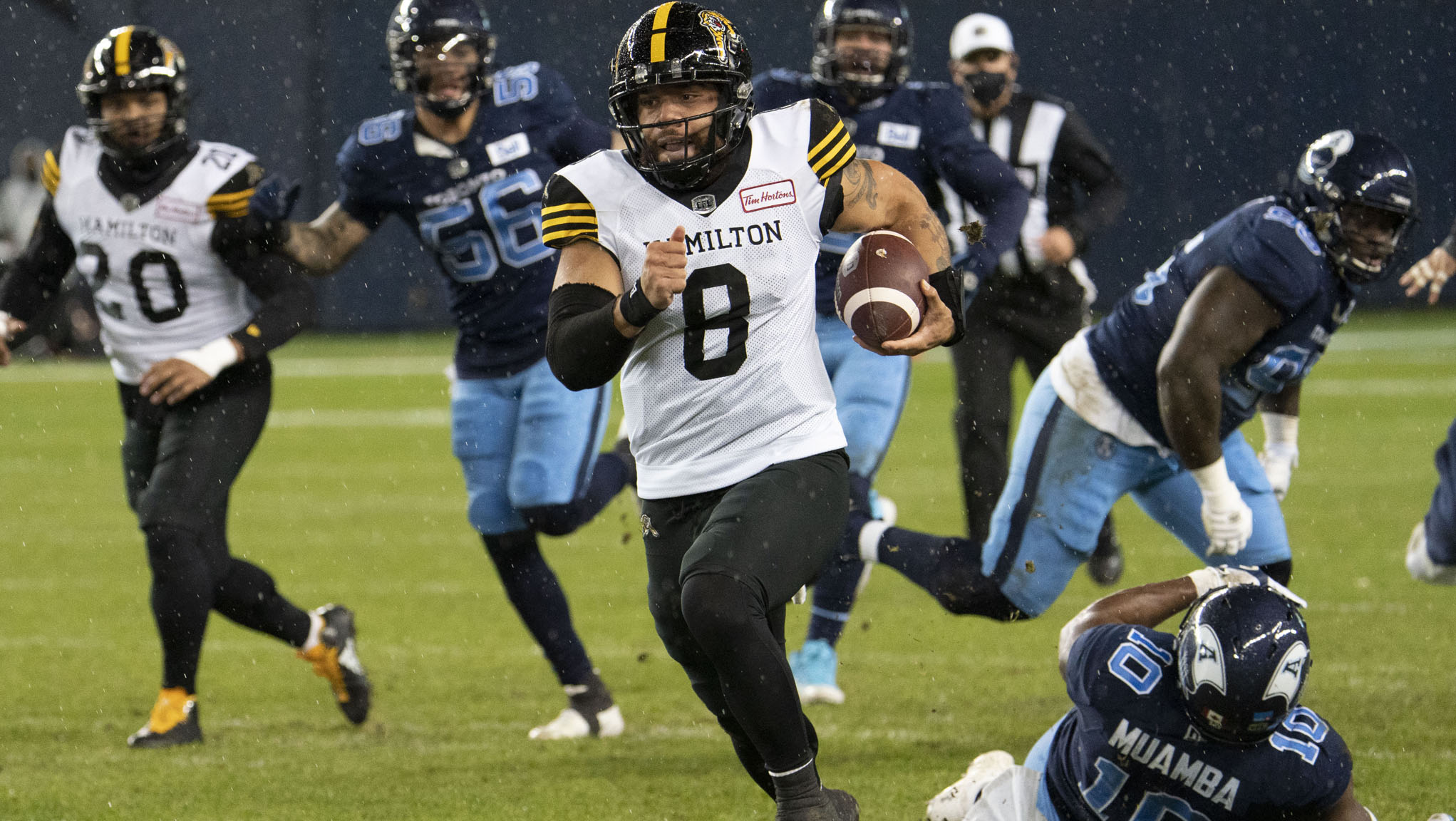 If you are under the age of 40, I bet you have never heard of the Canadian classic TV show The Littlest Hobo. This show was about an ownerless German Shepherd that wandered from town to town helping people out. The concept is ridiculous and this show could only have existed during a time (the early 1980s) where we had fewer than 10 channels to choose from, low quality video games and no internet. I love this line from Wikipedia about the dog: “His origins, motivation, and ultimate destination are never explained on screen.”

So, in honour of this absurd show, I wanted to throw out an idea that 100 per cent could never happen but would be awesome to see what it would look like in reality. I want free agent quarterback Jeremiah Masoli to be the Littlest Hobo of the CFL. With the Hamilton Tiger-Cats signing Dane Evans they have effectively freed Masoli to wander Canada to find his next home.

We all know how this going to play out. There will be several offers for his services to either be a full-time starter or an extremely overqualified back-up.  My plan is simple: Masoli is free of all the constraints of the salary cap and is allowed to play with as many different teams as he wants. Instead of the CTV hit where a dog somehow solves a hit-and-run accident (this actually happened!!!) Masoli travels across our fine nation helping teams with their passing game. The veteran starter is injured? No problem, here comes the 2018 Eastern All-Star! What’s that? The young gun with all the potential is throwing too many interceptions? Masoli can step in for a couple games as the young protégé works out issues with his accuracy.

So, what would Jeremiah’s travels look like? Glad you asked. Let’s flash forward to the beginning of the 2022 season and start in Quebec and work our way west to the Pacific Ocean. 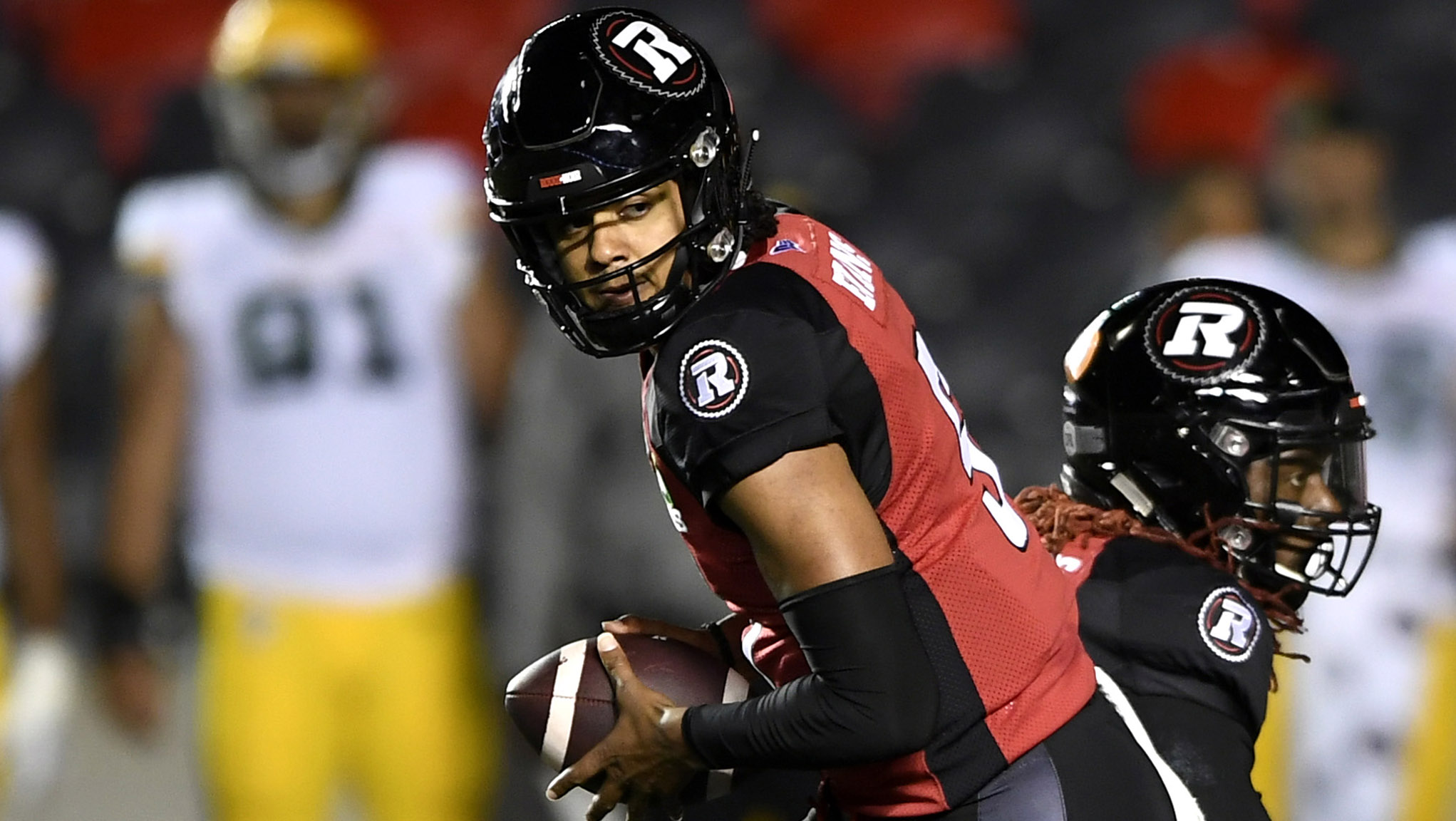 Jeremiah Masoli could stop by Ottawa to help show Celeb Evans the CFL rope as a part of his cross-country mission (Photo: The Canadian Press)

Vernon Adams Jr. is the clear-cut starter for the Montreal Alouettes. He has been extended through 2023 but a shoulder injury cut his season short last year. During the pre-season Montreal announces that Adams’ shoulder is feeling “sore”. Masoli swoops in for a couple weeks and gets the Alouettes off to a 2-1 start with the help of Eugene Lewis and William Stanback.

Next stop is the nation’s capital. The Ottawa REDBLACKS are the most logical destination for Masoli to plant roots in for the entire season. But in my world Masoli is there to help Caleb Evans make that transition from “rookie quarterback who showed flashes” to a legitimate starter in the league. Jeremiah was around for Dane Evans’ growth, so he has experience in helping new quarterbacks to this league find their way. Kenji Bahar and Devlin Hodges would be wise to grab a locker close to Masoli before he continues on his journey.

Jeremiah is certainly familiar with Toronto, so he’ll fit right in at BMO Field. McLeod Bethel-Thompson started hot, but his numbers took a hit later in the season with just three touchdowns compared to nine interceptions. Masoli is a perfect stand-in if Thompson is on one of those wild streaks or finds himself at a Raptors game again.

Oh man, now this is awkward. Masoli’s next stop is in Hamilton who has just one other quarterback, Jalen Morton, under contract beyond Evans. Remember Evans did get hurt in the Grey Cup and I bet Masoli remembers all the passwords and codes to get into Tim Hortons Field. This won’t be a long stay.

As Masoli makes his way out of Ontario he suddenly decides to channel his inner Kevin Durant and hooks up with the Winnipeg Blue Bombers; hey if you can’t beat them, join them!  Who knows if Zach Collaros will be the quarterback as he is a free agent and the team just extended both Jackson Jeffcoat and Willie Jefferson. So not only is Masoli in a winning environment but he’s guaranteed to not be hit by those two pass rushing monsters.

The next two stops on his cross Canadian tour, Saskatchewan and Calgary are the least likely destinations for Jeremiah to lend a hand to. Considering this whole premise is illogical to begin with, you would think it would be easy for me to come up with a plausible scenario, but both the Roughriders and Stampeders are set at quarterback. Even their depth is in good shape, with Jake Maier backing up Bo Levi Mitchell and Saskatchewan general manager Jeremy O’Day with nothing but high praise for Mason Fine. In this case Masoli just compliments John Hufnagel for finding financial harmony in his quarterback room and heads over to Edmonton. 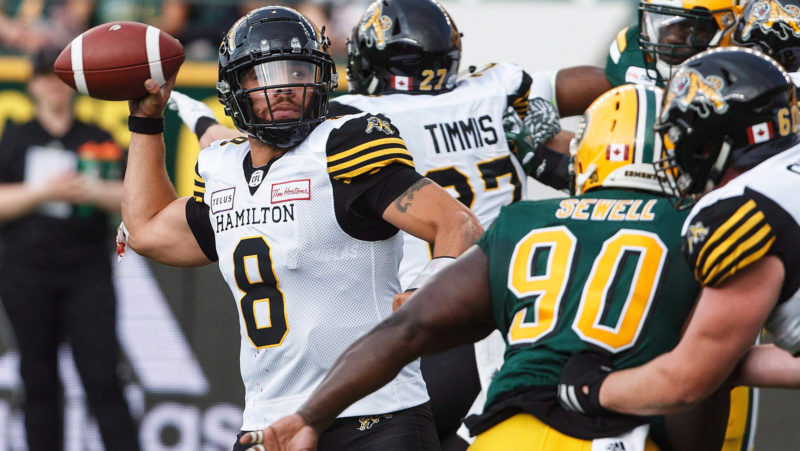 Masoli had one of the best games of his career against Edmonton, which is also where he started his CFL career back in 2011. (Photo: The Canadian Press)

Yes, it feels like Masoli’s presence would be superfluous in Edmonton with Nick Arbuckle recently renegotiating his contract but then you remember who is in charge. Chris Jones recently said: “We are going to be evaluating every position. Every position that we have is going to be a competitive position, there’s nothing going to be given to anybody.”

This is a man who rotated quarterbacks in the Eastern Finals a couple years back. At some point late in the year Jeremiah would be pressed into duty.

Finally, we get to the Pacific where a 36-year-old Michael Reilly is going to need a couple weeks off to heal up before the start of the playoffs. Thankfully for Rick Campbell he can turn to a winning veteran quarterback who just turned up out of the blue to keep the ship steady. Jeremiah is going to love tossing it to Bryan Burnham.

I understand this idea may (does) sound foolish but how great would the league be if we had an in-case-of-emergency-break-glass quarterback ready to step in? How many teams’ seasons were derailed due to injury? We’ve seen great team seasons go down because their quarterback went down. In my scenario we never have to see this happen. Now can someone help Masoli pack and more importantly find his frequent flyer miles card?