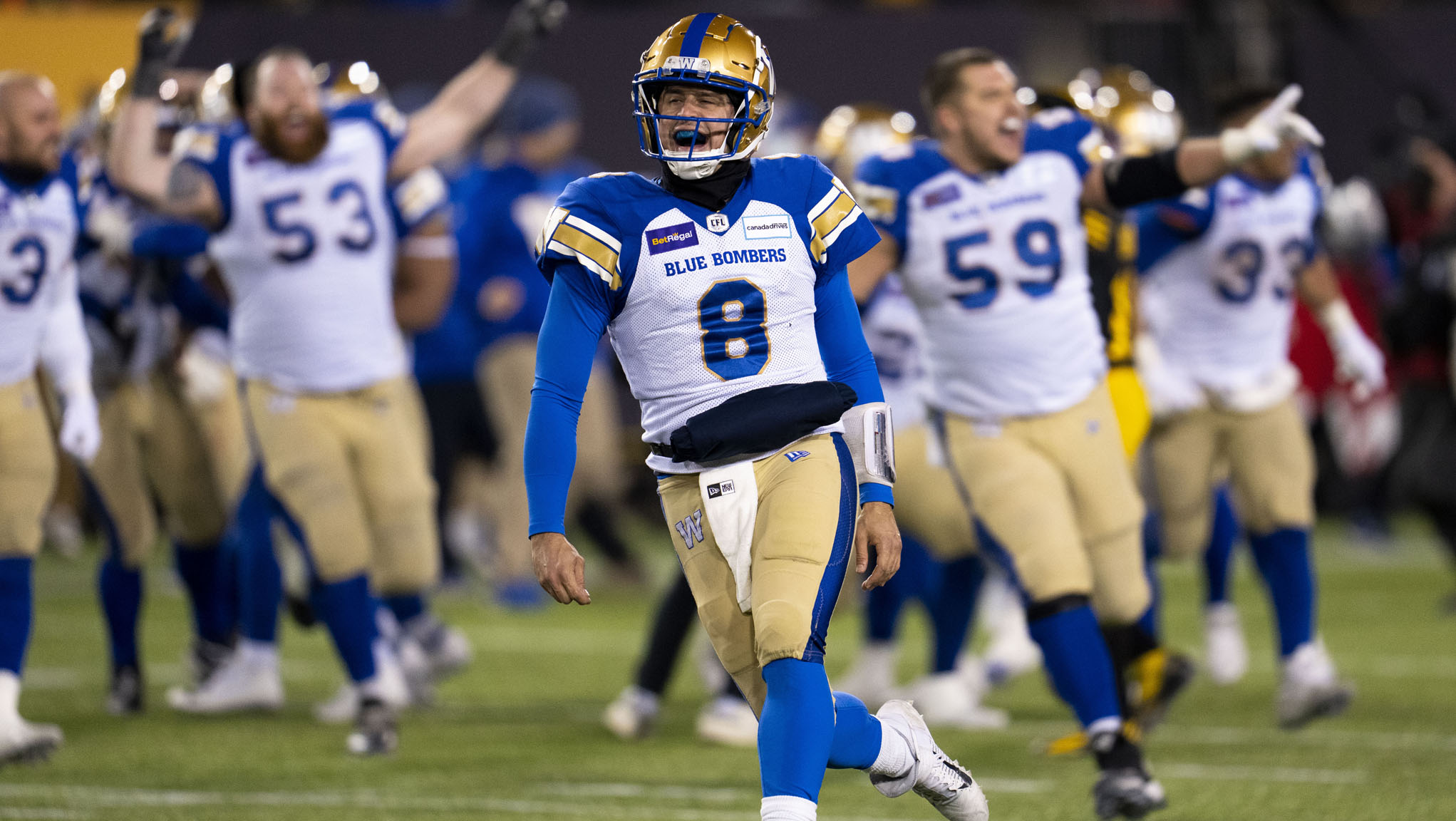 TORONTO — The final step in wrapping up what’s already been a too-long winter in Canada is deciding to will the warmer seasons into existence.

You can consider what you’re about to read a step in that direction. If there’s a ranking of CFL teams happening, the days must be getting very long and the snow that’s sat on football fields across the country will finally start to melt and show us what’s waiting for us underneath.

While the Way Too Early Power Rankings are in fact, too early to carry any real weight on the coming season, they can at least get the ball rolling toward things like the CFL Draft and the Global Draft, training camps and the kickoff of the new season on June 9 in Calgary.

You never know exactly how things will play out from that opening kickoff and the next few months that follow, but we can make some educated guesses. The first name on this list shouldn’t surprise you. Here’s how we see things shaking out when summer finally gets here and the games start to count.

For all of the consistency that we talk about with the Bombers — in personnel, in key players staying, in the wins, the playoff runs and now consecutive Grey Cups that have come from it — there will be some talk this season about who isn’t there. Andrew Harris‘ departure for the Argos will be a big story that will run into the start of the season, but if the Bombers look like the group we’ve seen in their two championship runs and start racking up wins — we think they will — they’ll dictate the conversation the rest of the year.

If you’ve followed along the last two seasons, this placement shouldn’t be a surprise. If you’re a Ticats fan, we apologize if it stings. The Ticats made their QB decision and this year we’ll get to see what a full season of Dane Evans will look like. The Ticats lost Ja’Gared Davis in free agency, but will look to replace him with Micah Johnson. A younger receiving corps, led by Steven Dunbar will work to carry on Brandon Banks‘ legacy and hopefully, finally (if you’re a Ticats fan) get their team over the championship game hump.

Last year’s Argos were a surprising bunch. They took a mishmash of high-end talent and made it work, all while shifting to McLeod Bethel-Thompson as their full-time No. 1 QB. In free agency, they added Ja’Gared Davis, who was a postseason thorn in their sides, along with Andrew Harris and — this will take some time to get used to — Brandon Banks. With a year together, this group has proven veterans sprinkled in. The team that was a half of football away from the Grey Cup game could take that next step this year.

The Riders’ offence, along with those that live and die with its success, will be salivating at the idea of Cody Fajardo airing it out to Duke Williams and Shaq Evans. That’s a distinct possibility. We don’t know what the defence will do. Jonathan Woodard is a big loss, as are Ed Gainey, Micah Johnson and Loucheiz Purifoy. Those replacements will obviously be important. We’re curious to see how it shakes out.

The Alouettes’ contribution to a suddenly very competitive East Division? Tremendous depth at QB, with Trevor Harris backing up Vernon Adams Jr; targets that include Eugene Lewis, Jake Wieneke and an elite running back in William Stanback. The loss of Money Hunter, Pat Levels and Jamal Davis are tough ones for the defence. The offence should produce this year. If the defence can hold its own, the Als should be in the thick of it in a division where wins will be a battle every single week.

It starts with an o-line that bolsters Nationals Sean McEwen, Ryan Sceviour and Zack Williams. They’re helping to protect a star QB in Bo Levi Mitchell, who has Kamar Jorden, Reggie Begelton and a freshly-acquired Jordan Williams-Lambert to find. If that familiar formula comes together for them this year, the Stamps are a team that could be right back there in November, looking to spoil the Bombers’ hopes for a three-peat.

The team that won free agency this winter is built to fit right in with the other competitive teams in the East Division. The REDBLACKS are set to ditch the doormat status they’ve held the last two years, but it’s hard for power ranking-picking purposes to fully buy in on a roster that looks great on paper in late March. This team could be a climber once it’s got a few games under its belt. They’ll be a must-watch team in June.

Putting the exciting dual Canadian QB storyline aside and the Lions are doing something bold this season in handing the offensive keys to Nathan Rourke. The second-year pivot has promise but will be carrying a lot of expectations week-in and week-out. His cap-friendly rookie contract helped the team keep receivers Bryan Burnham and Lucky Whitehead, and address their kicking issues of a year ago, by signing Sean Whyte. They also beefed up their defence (Loucheiz Purifoy, Woody Baron, to name a couple). If the quarterbacking is there, this team could make noise.

The questions aren’t so much on defence, where head coach and GM Chris Jones seems to concoct these things like an abstract artist locked into a studio overnight with music blasting around him. Quarterback seems to be a question, with Nick Arbuckle the likely favourite to start but not confirmed. The run game should be good again, behind a solid offensive line. Quarterbacking is everything though, and we don’t know enough yet about the Elks to have them higher.