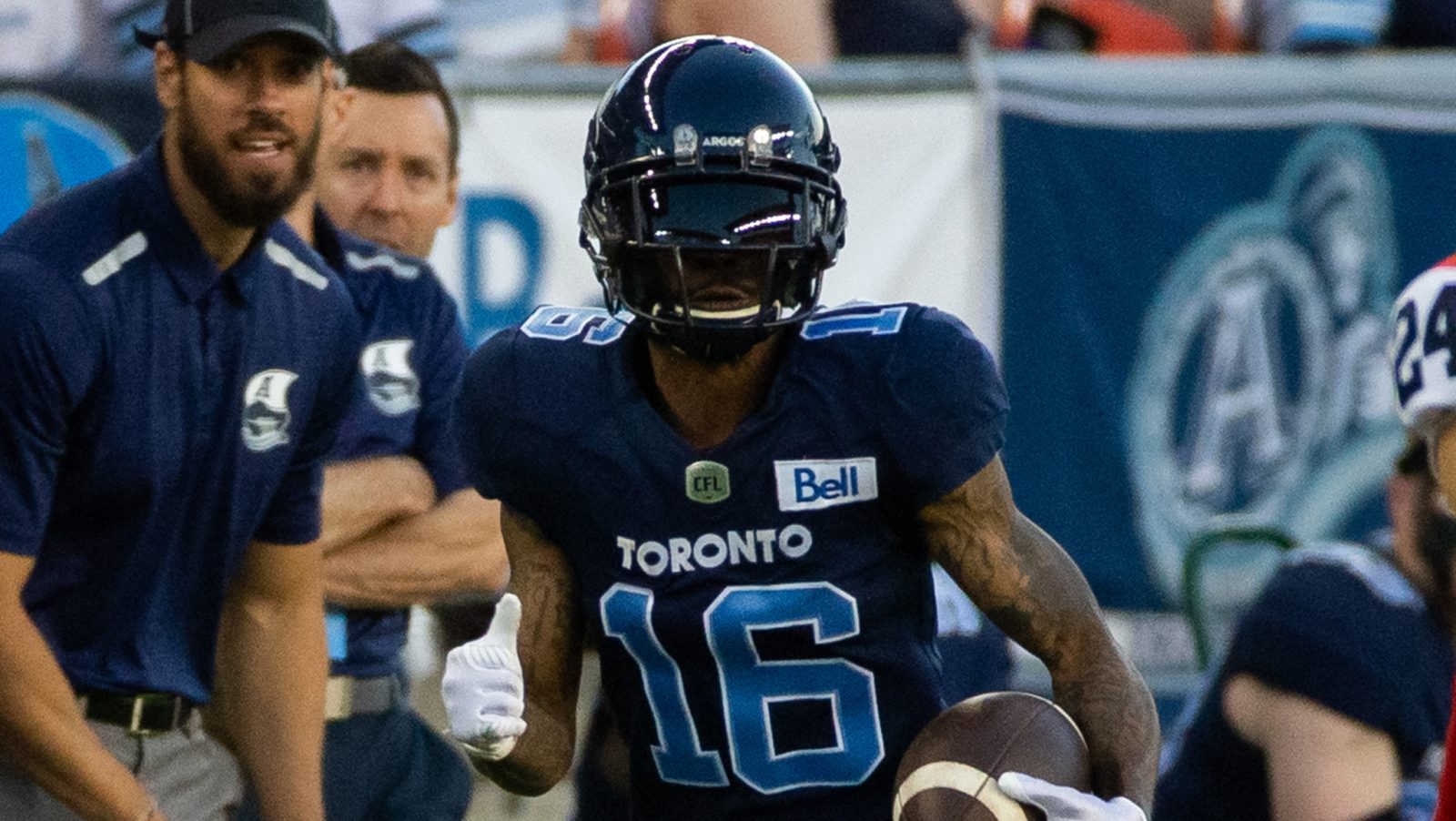 TORONTO — The Toronto Argonauts escaped their 2022 season opener with a narrow 20-19 win over the Montreal Alouettes.

In a game featuring an abundance of new faces on the Argonauts roster, it was receiver Brandon Banks who was among those making an early impact for the Double Blue.

Banks chose to sign with the Argonauts during the off-season, after spending his first eight seasons with the Hamilton Tiger-Cats. The veteran receiver, reeled in three of his six targets for 39 yards, including a touchdown to help propel his team to their first win of the season.

Speaking about his debut with Toronto, Banks said it felt good to find the end zone early in the season.

“It felt good obviously, you know, my first game with the Argos,” Banks told TSN reporters. “We’ve got guys rooting for me to score in this game, but it just felt good to break the ice on that.”

Despite scoring the lone touchdown for the Boatmen, Banks knows that the focus is now on working with his quarterback to perfect the timing of his routes.

“I still think we left a lot of plays on the field, but it’s a long season,” said Banks of his debut. “Each week we’ll get better. I’m going to try to get better and be in the places where he wants me to be.”

As the Argos prepare for the rest of the regular season, Banks knows that as a veteran in the locker room, part of his job is helping to bring a positive attitude and leading by example.

“Just keep preaching that it’s a long season,” said Banks of his roll as a leader. “Each day is going to be different, so just come into work with a positive attitude, and me being a leader, just lead by example.”

The Argonauts will be on the road for their second game of the regular season. They will be travelling west to take on the BC Lions in Vancouver on Saturday.