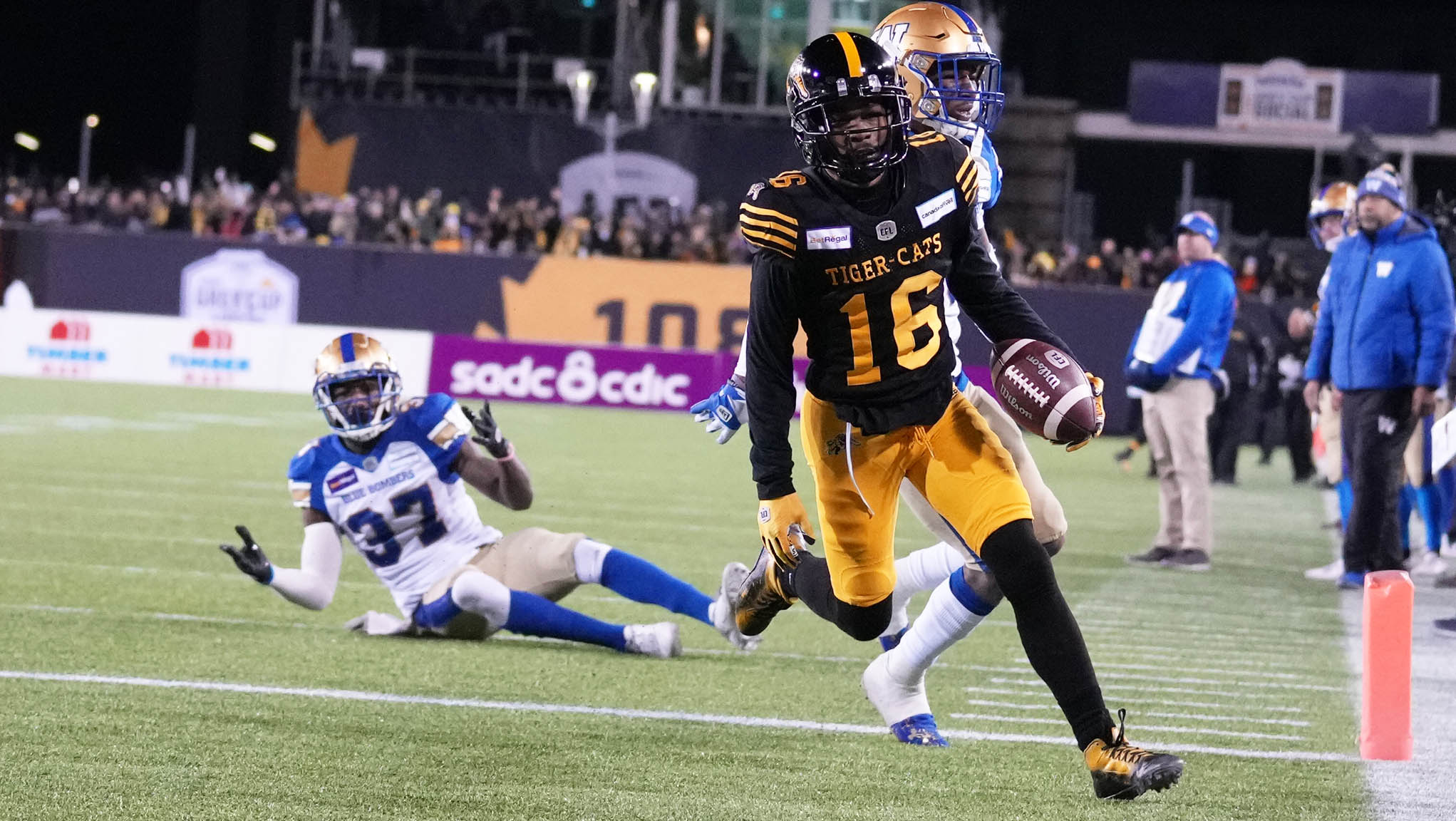 “We want to welcome Brandon and his family to Toronto and couldn’t be more excited for him to join the organization,” said Argos head coach Ryan Dinwiddie.

“Brandon gives us a ball in hand receiver and a vertical threat to our passing game, while providing veteran leadership. What he’s done in this league is phenomenal and we are thrilled he’ll be in Double Blue.” 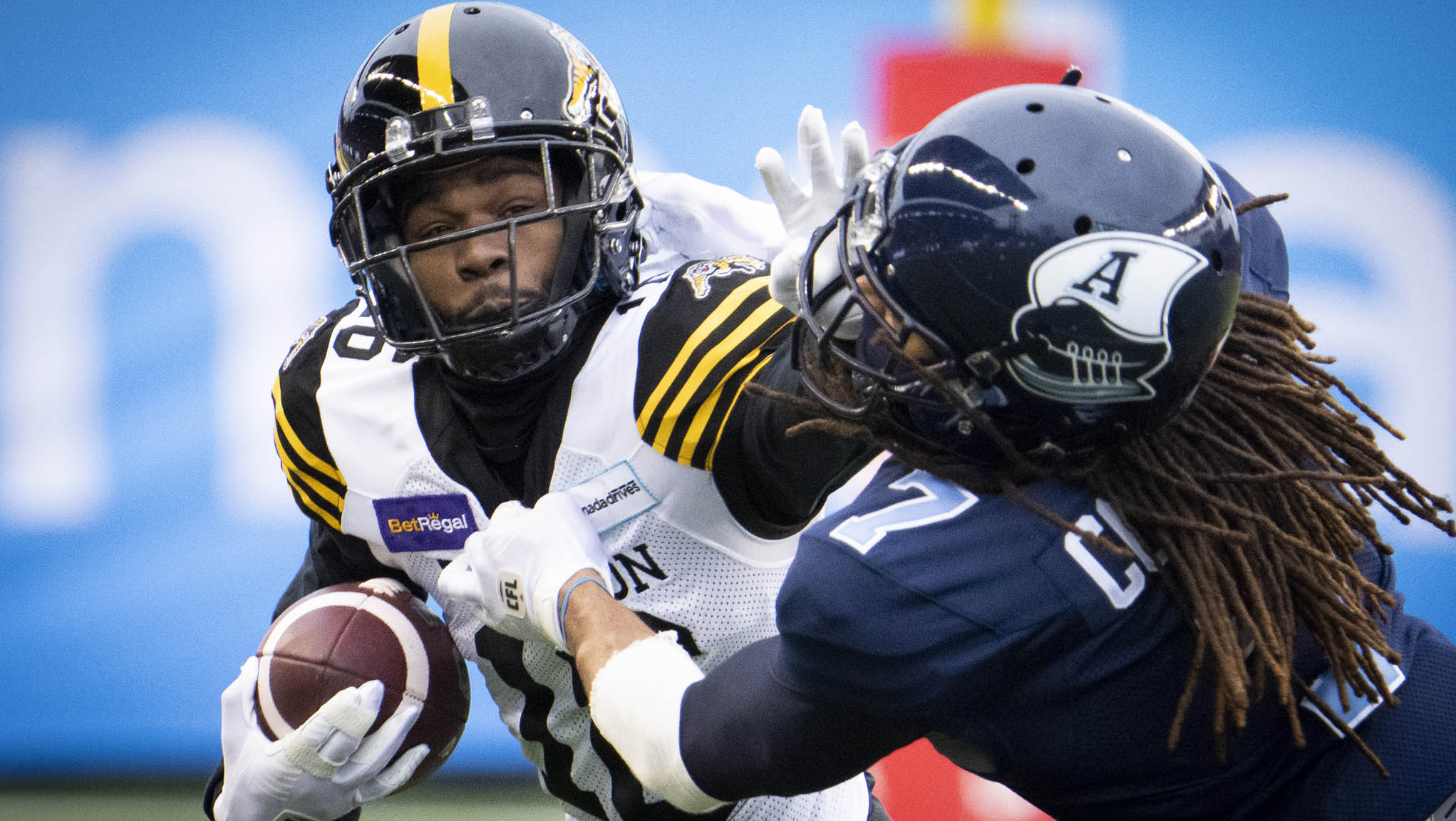 Through eight seasons in Hamilton, Brandon Banks established himself as an elite returner, then a dominant receiver and was named the league’s MOP in 2019 (Peter Power/CFL.ca)

Banks’ had a magical 2019 season, leading the CFL in every major receiving category en route to 112 catches, 1,550 yards, 13 receiving touchdowns, and two missed field goal return touchdowns, a Most Outstanding Player Award and a berth in the Grey Cup.

Last season, injuries held Banks to 10 games played but the playmaker still hauled in 44 catches for 474 yards and two touchdowns, helping Hamilton get to the Grey Cup for the second season in a row.

Prior to coming north of the border, the North Carolina native and Kansas State alum played three seasons with the Washington Commanders (2010-2012), where he saw action in 41 games and tallied over 2,800 kick return yards and a return touchdown, over 900 punt return yards and 11 catches for 35 yards.