Grey Expectations: Get your kicks in Week 6 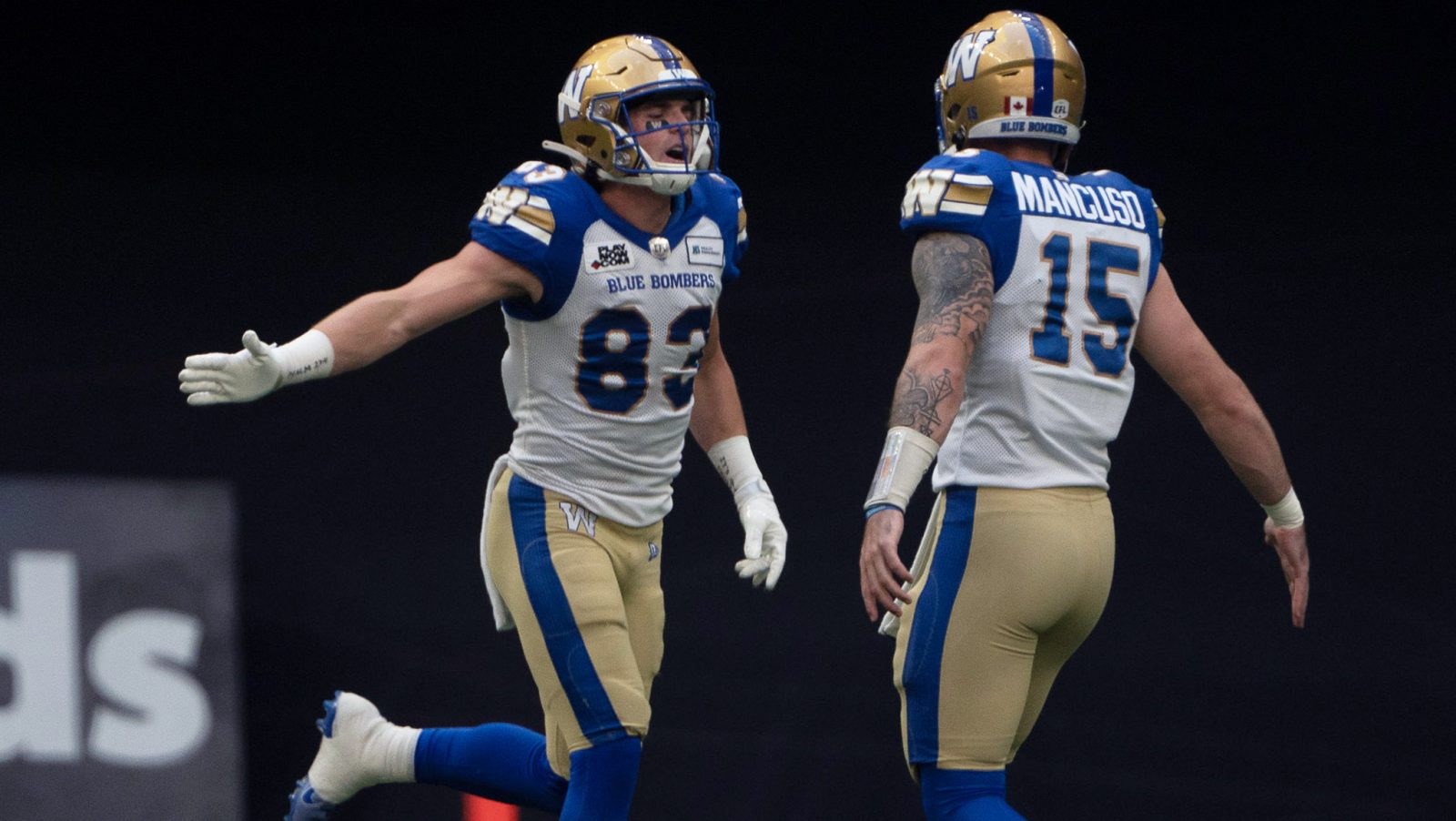 Grey Expectations: Get your kicks in Week 6

There’s a 57.4 per cent chance that a touchdown pass is going to be of the deep ball variety. Entering Week 6, 27 of the league’s 47 passing majors have been on passes of better than 20 yards in depth.

The loss of Ottawa’s Jeremiah Masoli ($9,068) and Edmonton’s Tre Ford ($7,000) in Week 5 resulted in a whirlwind of moves that ended with Nick Arbuckle ($6,009) in an Ottawa REDBLACKS uniform and Taylor Cornelius ($7,000) making his 2022 debut for the Edmonton Elks. Add the struggles of Evans and Toronto’s McLeod Bethel-Thompson ($7,813), and this week’s choices at pivot are very top-heavy.

One other pivot-related tidbit before we start this week’s Grey Expectations; take away Rourke’s 12-4 TD-INT margin and the league’s quarterbacks have a combined TD-INT margin of 35-40. The last time defenders had the edge over pivots in TD-INT margin was in 1988 when the league’s passers threw 250 interceptions compared to 202 touchdowns. 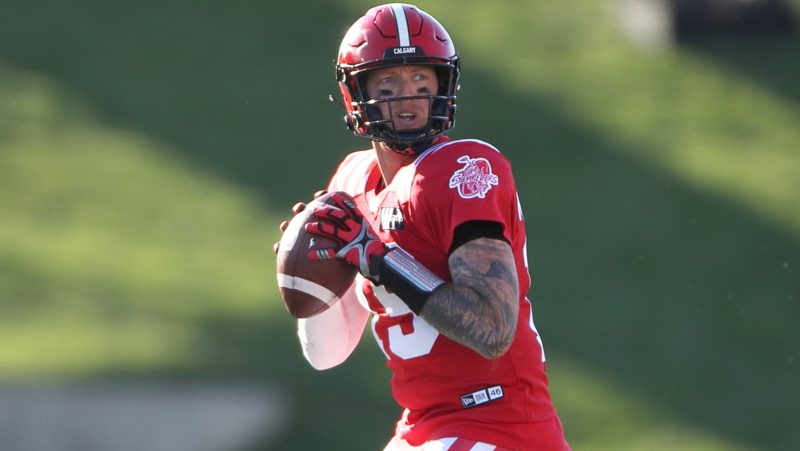 Cody Fajardo, Saskatchewan ($10,516 Salary) — Has yet to cross 20 fantasy points in passing this season. That should end on Saturday as Fajardo bids for a third straight game of multiple passing touchdowns against a Toronto Argonauts defence that is giving up nearly 312 passing yards per game and a staggering 76.4% completion rate.

Bo Levi Mitchell, Calgary ($8,668) — Is the Mitchell of old back? Two straight games of better than 11.5 yards per attempt and the chance to face a Blue Bombers secondary that has allowed a league-high 12 completions of better than 30 yards are signs that will continue to trend toward the answer being yes.  It doesn’t hurt to have the hottest receiver in the league (Malik Henry) at his disposal.

Zach Collaros, Winnipeg ($8,225) — Even with the uncertainty among this week’s pivots, this is still a good place to slot, who (again) reminded us how lethal he can be when the Blue Bombers decide to play track meet offensively. The Stamps are solid against the pass, yet are seventh in passing yards allowed. More Dalton Schoen, please?

Trevor Harris, Montreal ($8,560) — Sneaky-good upside for Harris as Game 1 of the Danny Maciocia era begins in Montreal. The Elks are giving up 9.7 yards per pass and a league-high eight passing majors to boot.

Dane Evans, Hamilton ($8,133) — Ottawa is the only team in the league allowing better than 10 yards per pass attempt and is eighth in opponents’ pass efficiency. This feels like a game that Evans should be able to rehab his numbers, yet how much trust can you put into that? 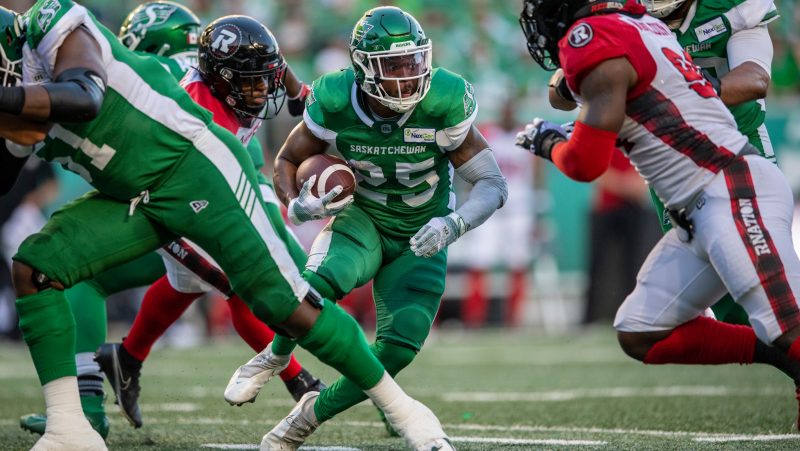 Jamal Morrow, Saskatchewan ($8,602) — The league’s leader in all-purpose yardage is on pace for 3,405 total yards, which would be the fifth-highest total in CFL history. Need any other reason to start him? I thought not.

William Powell, Ottawa ($6,987) — With Caleb Evans at pivot, this feels like a game where the REDBLACKS give Powell 18-22 touches and let him do what he does best: wear down defences.

Don Jackson, Hamilton ($6,414) — Oh, please do start Jackson if he’s atop the Tiger-Cats’ depth chart on Friday. The REDBLACKS are giving up 124 yards per game on the ground, and if Hamilton is going to get off the deck, it begins with a healthy Jackson plowing his way into the Ottawa secondary come Saturday.

Ka’Deem Carey, Calgary ($8,360) — The Stamps have given him 35 combined touches over the past two games. Yes, it’s Winnipeg, and yes, “you Don’t Run on Winnipeg,” but play Carey for the volume with hopes he finds the end zone.

Andrew Harris, Toronto ($9,300) — More price-friendly this week. You could almost exchange Harris and Carey but for the fact Carey’s got a more stable pivot to take pressure off of him and that Harris has run into the teeth of the league’s best run defence that will be awaiting his every touch. 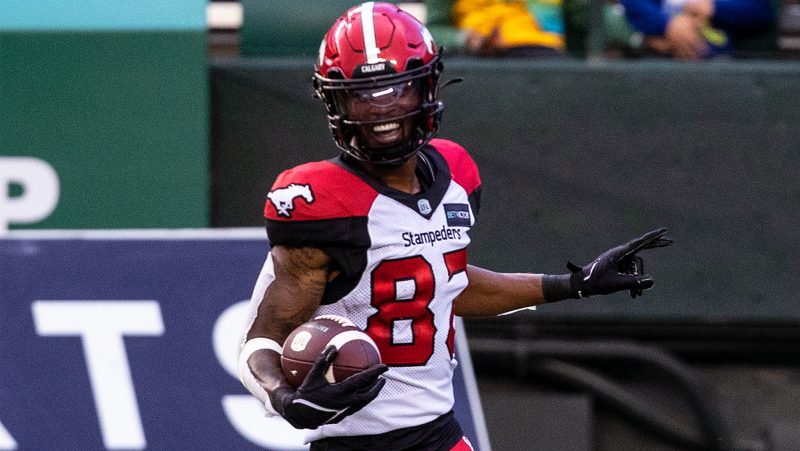 Malik Henry, Calgary ($6,457) — He’s tallied 56.3 fantasy points over the past two games while leading the league with five catches of better than 30 yards. Winnipeg’s focus on him could be a blessing in disguise for at least one of his fellow wideouts.

Eugene Lewis, Montreal ($8,844) — Solid thus far, but Lewis is more than a solid receiver. He has yet to record a major this season, a fact that should change on Thursday night. Lewis is still sixth in air yards and averages 20.1 yards per catch despite the changes at pivot.

Kian Schaffer-Baker, Saskatchewan ($6,205) — Still reasonably priced, Schaffer-Baker has averaged 15 fantasy points per game this season, making him one of the most reliable options among pass catchers.

Duke Williams, Saskatchewan ($8,453) — Combined 37.7 fantasy points in Week 3 and Week 5. We still haven’t experienced the monster effort Williams can provide. Don’t be shocked if it’s the Argos on the receiving end of a breakout Williams performance on Saturday.

Kenny Lawler, Edmonton ($8,300) — Lawler’s efficiency rate fell like a Nor’easter plowing through Edmonton as he sports a 60.2 rating coming into this week. Stability at quarterback would do wonders for him and his fantasy users.

Tim White, Hamilton ($7,266) — Clearly more efficient than Bralon Addison, White has produced 52 receiving fantasy points in his past three games. Look for White to record a fourth straight game of at least 78 receiving yards along with the occasional touch as a runner.

Dalton Schoen, Winnipeg ($3,893) — Still a solid bargain, Schoen has become the receiver looks for when Ellingson isn’t open. Week 5 wasn’t a fluke, so continue to trust in the rookie from Kansas State.

Reggie Begelton, Calgary ($9,097) — As mentioned in the Henry comment, Stampeders receivers should benefit from his presence. Begelton is long overdue for a huge effort and has had some of his best outings against the Blue Bombers. Time for another one.

Jaelon Acklin, Ottawa ($6,212) — Acklin looks to break out of what has been a two-game skid where he’s been a non-factor in the REDBLACKS passing game. One could also go contrarian and consider R.J, Harris ($4,872), who has a longer rapport with starting pivot Caleb Evans than any of the other wideouts on the roster.

Jake Wieneke, Montreal ($7,168) — Has looked nothing like the All-Star he was last season, catching just half of his 12 targets and mustering a 45.1% efficiency rate. Don’t dwell on his past and instead focus on what the upside provides.

Saskatchewan ($3,979) — The Regina Sack Party leads the league with 23 sacks while also putting up at least 10 fantasy points in four of their five games. Facing the scoring-challenged Toronto offence is picture perfect for the Riders to have a strong afternoon.

Montreal ($3,200) — Value play as the Alouettes get pivot getting his first regular snaps of the season while also ranking second with 13 sacks. Fun fact: The Als are second in fewest opponents yards allowed per play at 5.8 yards.

Winnipeg ($4,194) — After a pair of modest outings, the Blue Bombers defence is producing an average of 13 fantasy points over the past three contests.