Ferguson: Breaking down the Bomber backfield 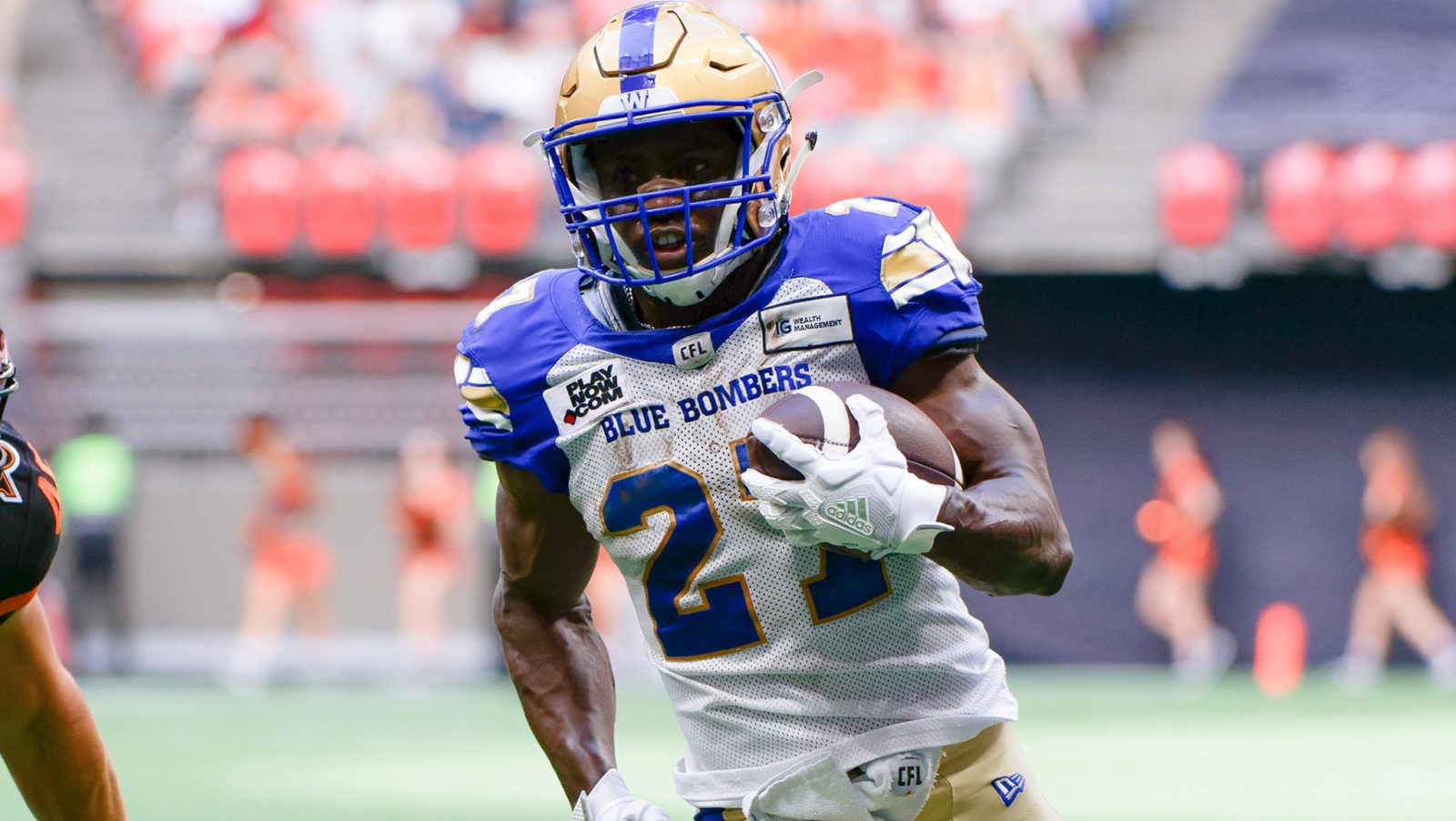 Ferguson: Breaking down the Bomber backfield

The last couple weeks the Winnipeg Blue Bombers have put on an absolute clinic in finishing games, defending your crown and sending a message.

First doing so on the road in BC against the upstart BC Lions offence. Zach Collaros, for the second year in a row, went to Vancouver with so much hope and excitement surrounding the Lions chances in the West Division, only to piece together a surgical performance that confirmed when the Bombers are on, they remain the class of not just the West but the Canadian Football League at large.

That’s great and all, but Bo Levi Mitchell and the Calgary Stampeders have been there and done that.

Hungry to regain their place atop the CFL standings, Calgary went into a raucous IG Field last Friday night and were a Kamar Jorden secured possession in the end zone away from likely upending the two time defending champs at their house.

In both games the Lions and Stampeders players have shared a common sentiment during post game press conferences, ‘that’s why they are the champs, they finish games.’

A big part of finishing games in the CFL is running the ball effectively to kill the clock when the defence knows that’s exactly what you want to do. Winnipeg has been more hit and miss in this aspect of their overall success than they’d like to admit, which has resulted in Bomber fans fortunate to have a winning team and nitpicking for areas the Bombers can improve.

There’s nothing wrong with that, it’s the right of the paying consumer to celebrate, boo, chastise or cheer as they see fit, but after years of automatic production from one of the best to ever do it in Andrew Harris, the first six winning weeks of Bombers football in 2022 have certainly been an adjustment period for the Blue and Gold faithful.

Of course, calling that backfield home is the young Canadian duo of Brady Oliveira and Johnny Augustine. Both have already addressed the perceived tension of battling to earn their on-field snaps with a traditional Canadian shrug and smile as they explain what’s best for the team is how they’ll be deployed by Head Coach Mike O’Shea and Offensive Coordinator Buck Pierce.

There’s no doubt Winnipeg acquired two players who fit both their offensive scheme and overall team culture when they picked up Augustine and Oliveira, but we are here to analyze their performance and how they are being used so far this undefeated Bombers season.

Oliveira has taken more snaps in five of the six Bombers games played this year with a game-high against Ottawa in Week 1. Augustine peaked in Week 5 breaking the 50 per cent barrier for the first time this year.

Augustine has consistently taken a lower percentage of Winnipeg rushing attempts as well, but has seen an increase in touches over the past three weeks, and this is where things get interesting.

Why is Augustine getting more snaps and touches? Simply put, he’s producing more per touch right now than Oliveira and the coaching staff has clearly taken notice.

While the Winnipeg running game is functioning below league average – which might explain the tension of their fans – Augustine’s last three games have all been above average with limited opportunities.

Factoring in receiver production and targets, Augustine also grades out to have more potential catching the ball out of the backfield on screens and targets in the flats. 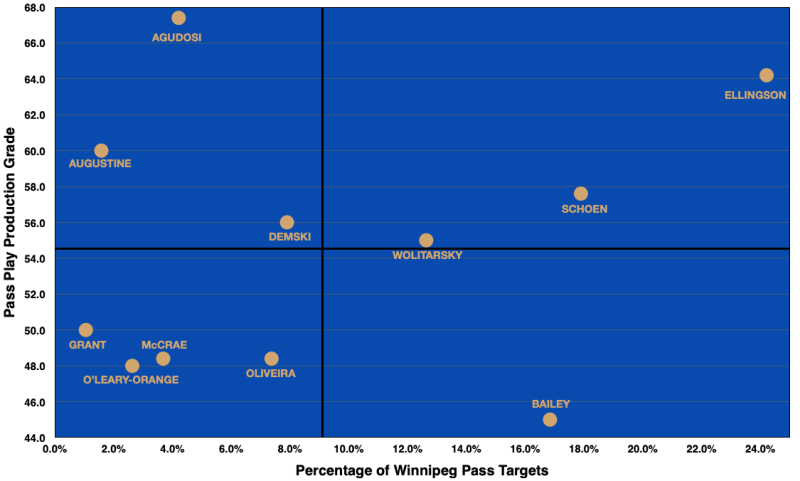 There’s no doubt both Oliveira and Augustine will be splitting reps throughout the season and these numbers will continue to evolve with each touch, target and matchup.

However, right now there’s no doubt that the wind is behind Augustine’s sails heading into a Friday Night Football matchup with the Edmonton Elks who have been amongst the worst defences against the run this season.