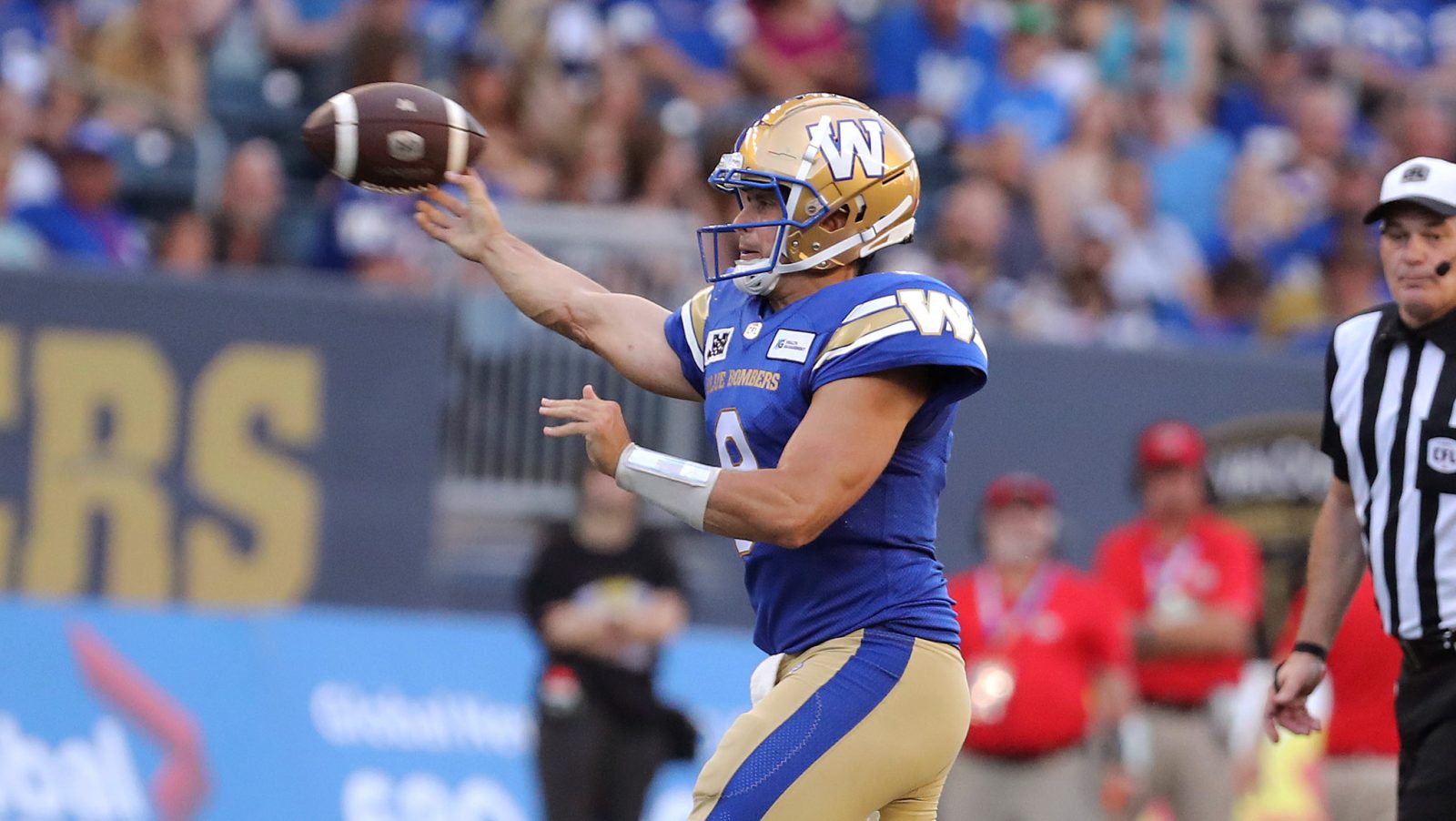 Building a CFL fantasy offence around Ka’Deem Carey ($($8,360) and/or Jamal Morrow ($9,329) continues to be a solid winning foundation, as the two running backs clearly have been the two best at the position entering Week 7. Even with newcomer Mario Alford ($2,583) taking return touches from him, Morrow still leads the CFL with 412 rushing yards while adding 211 receiving yards on 21 catches.

Carey enters Week 7 second to Morrow with 379 rushing yards behind a stellar 6.5 yard average and goes into Calgary’s bye week having generated at least 91 rushing yards in his last three games.

Beyond the productive duo, finding consistency at running back remains a challenge, yet Week 7 should offer hope that Carey and Morrow are joined by other backs seeking to make their own mark. 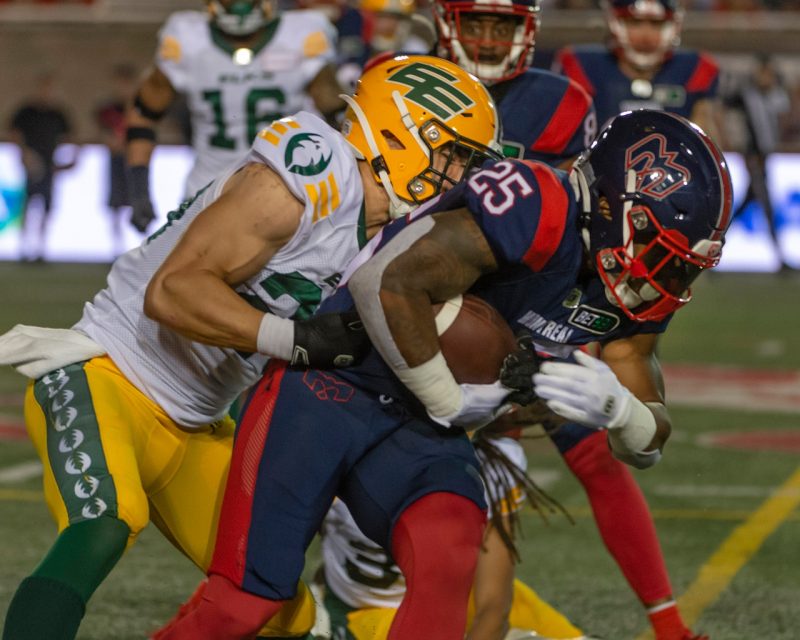 Much of Fletcher’s Week 6 production came on a 42-yard run, yet he showed promise in his first start with the Als, finishing with 64 rushing yards on eight attempts and one reception for nine yards. Fletcher averages a nifty 7.3 yards per carry along with 9.0 yards per catch, giving Montreal a quick-strike option out of the backfield.

Fletcher gets a second straight Thursday night start, one that could feature a breakout performance. Montreal gets an Ottawa run defence that struggled much of the early portion of the regular season. The REDBLACKS allowed 86 yards on the ground to Hamilton last week, yet the Ticats didn’t have a runner with the second-level explosiveness Fletcher provides. Ottawa will have its hands full with Montreal’s passing game as is, and a strong opening from quarterback Trevor Harris ($8,452) could be the opening Fletcher needs to carve up yardage on the ground.

The 2021 CFL All-Star comes into Week 7 ranked 41st in receiving yardage and comes off a Week 6 performance that saw him manage one reception for 10 yards on just two targets.

Wieneke still has time to return to his 2021 form, but his 14 total targets are light years away from the combined 68 targets Eugene Lewis ($9,505) and Reggie White, Jr. ($3,496) have received. The recent presence of Kaion Julien-Grant ($3,361) further mucks things up for Wieneke, and eventually, first-round pick Tyson Philpot ($2,500) will factor into Montreal’s plans. In short, until Wieneke can re-emerge as a top target, it’s best to stay away. 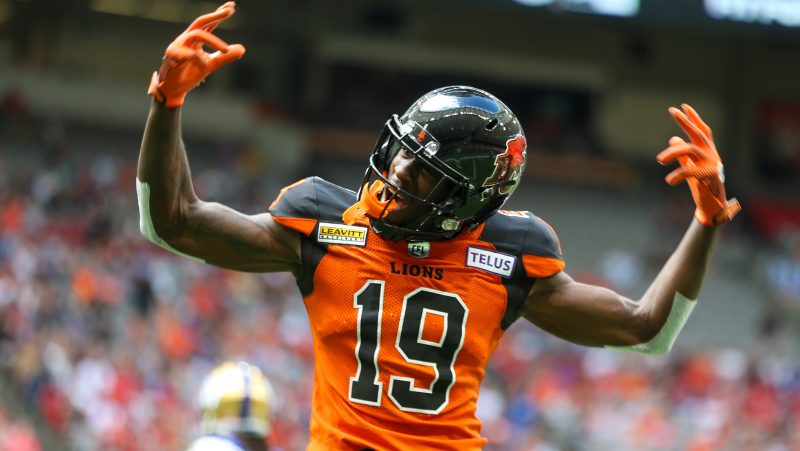 Dominique Rhymes’ four touchdowns through his first four games put him on pace to surpass his career-high five touchdown season from 2019 with the Ottawa REDBLACKS (BCLions.com).

The Tiger-Cats had their hands full with REDBLACKS receiver Jaleon Acklin ($7,110) in Week 6. Things could get much worse in the form of Rhymes, who leads the CFL in average depth per target (15.8 yards), receiving majors (four) and receptions of better than 30 yards (five).

Hamilton has allowed nine completions of more than 30 yards, and while the Tiger-Cats are tops in the league in opponents’ completion percentage, they have yet to experience the lethal quick-strike attack that is the BC passing game.

Stopping Rhymes only means Nathan Rourke ($13,129) looks in the direction of Keon Hatcher ($4,693), and there’s still the presence of Lucky Whitehead ($8,631), who has yet to deliver a huge outing. The Lions will take deep shots at will on Thursday, and that means Rhymes will have the opportunity to anchor many a fantasy lineup.

Addison is fifth in receptions, yet fantasy users have not been able to get much bang for their buck when it comes to Addison, who has yet to score a major this season and has just 10 catches in the past three games.

Those looking to benefit from Hamilton’s passing game would be wise to look in the direction of Tim White ($7,733), who ranks fourth in the CFL with 30 catches while averaging 12.2 yards per catch and has scored two majors this year, including last Saturday’s game winner.

There’s also more value in Steven Dunbar Jr. ($6,645), who’s tied for second in the league with three receiving majors. Make no mistake, Addison will break out at some point, yet it’s best to wait rather than guess.

Winnipeg’s inability to run consistently has turned Zach Collaros into a consistent fantasy-viable pivot who has tallied a combined 44.3 fantasy points over the past two games, throwing five touchdowns without an interception in his 68 attempts. Collaros comes into Week 7 having attempted at least 30 passes in each of his past four games.

Collaros’ collaboration with Greg Ellingson ($9,215) has paid off handsomely, and over the past three weeks, Dalton Schoen ($4,182) has developed into a strong fantasy value play.

The addition of Carlton Agudosi ($2,500) to the receiving corps has only made Collaros’ fantasy value stronger. Facing an Elks pass defence ranked last in yards allowed per game and passing touchdowns allowed translates into making Collaros the ideal quarterback start for Week 7.

Neither Brady Oliveira ($4,759) nor Johnny Augustine ($3,807) have been able to fully seize the role of lead back in Winnipeg. Oliveira is averaging just 3.2 yards per carry and has yet to record a run of better than 10 yards. Augustine (4.5) is slightly better, yet he wasn’t able to follow up a promising Week 5 outing as he finished with just 33 yards on seven attempts in last Friday’s win over Calgary.

Greg McCrae ($2,500) failed to record an offensive touch in Week 6, dampening whatever hope of the rookie being able to factor into improving the running game. Making matters flustering for fantasy users is that Edmonton has one of the worst run defences in the league, so it’s unlikely anyone can take advantage.

Duke Williams had a 20.1 fantasy point outing in Week 3, yet it feels like the really big performance has yet to come. Arrival time might come on Saturday as Williams has scored majors in each of his past two games while putting up at least 17.6 fantasy points in three of his last four games.

The rapport with him and quarterback Cody Fajardo ($10,295) took time to develop, but the connection is coming along smoothly as of late.
Saturday gives Williams a second opportunity to punish an Argos defence that he racked up 84 yards and a touchdown on five catches against in Week 6. Williams had a modest total of seven targets in the loss to Toronto, but if he and Fajardo can team up for at least 10 targets, the damage he can cause to the Argos secondary could be devastating.

Breaking off nearly a quarter of fantasy salary for 39 yards on 15 carries is not sound business, but that’s what Andrew Harris’ fantasy users received in the Touchdown Atlantic game. Although Harris added three catches for 25 yards, the bang for the buck continues to be more of a whimper when adding Harris into fantasy lineups.

Perhaps it’s too early to suggest Father Time has finally walked down Harris, but do consider his 4.7 yards per carry is nearly a yard lower than his career average coming into the season. He’s also yet to record a carry of better than 17 yards, another alarm of sorts. Toronto does not have a receiver (or two) that have shown the ability to take over a game, and until someone answers the call, expect Harris to see plenty of unfriendly faces across the line of scrimmage eagerly anticipating McLeod Bethel-Thompson ($8,070) handing him the ball.