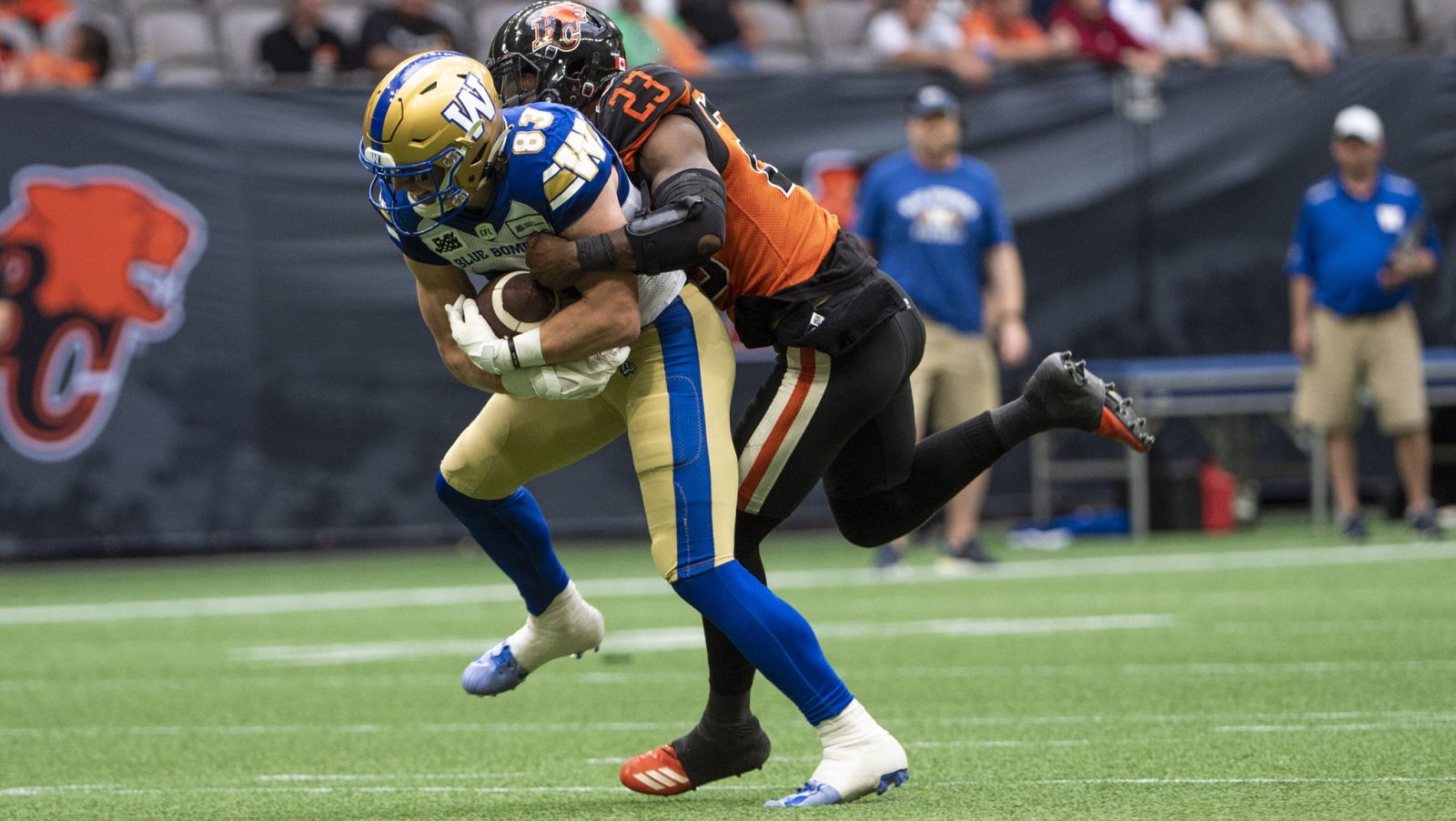 When the Winnipeg Blue Bombers lost Kenny Lawler in free agency the question quickly became who would replace his productivity. The Bombers’ offence was admittedly run based, but created huge game changing plays through the air on second down as quarterback Zach Collaros picked apart defences in crucial late game and long down situations.

As we all know, the immediate answer was Greg Ellingson who — when healthy this season — has been damn near unstoppable and often appears to be working off a hidden cheat sheet that only he and Collaros can decipher. The bigger picture answer was a collection of talent including Rasheed Bailey, Nic Demski, Carlton Agudosi, Drew Wolitarsky and more.

Out of nowhere, that group has been led by CFL rookie Dalton Schoen. 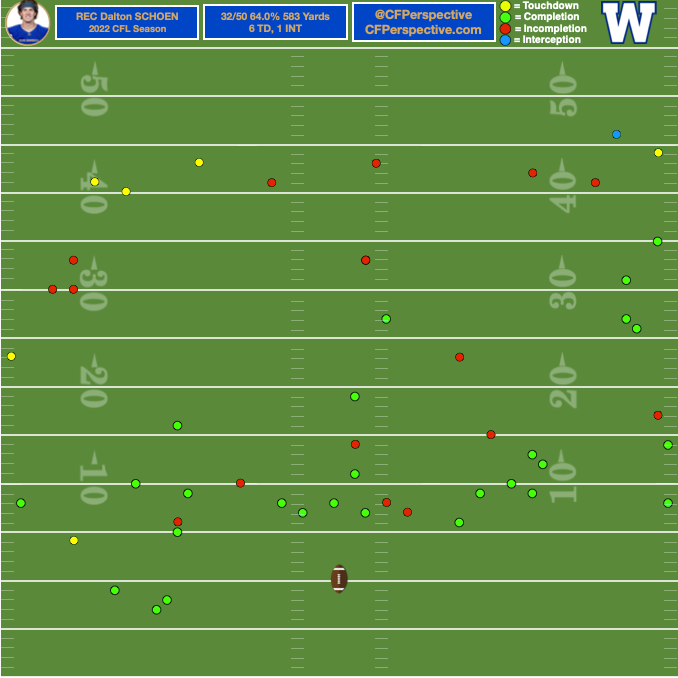 Heading into a Week 9 road tilt with Montreal, Schoen leads all Bombers receivers with 18.2 yards per catch, five explosive catches of 30-yards or more, and 49 targets. He’s not a flash in the pan from the first month of a rookie season; he’s a real talent that has worked his way quickly into the top-10 of CFL receivers in nearly every meaningful statistical category.

Below is a look at the CFL receiver landscape through Week 8 this season. What I love about this visual is comparing and contrasting the work load and production of receivers across the league as judged against our perception of what they mean to their club. 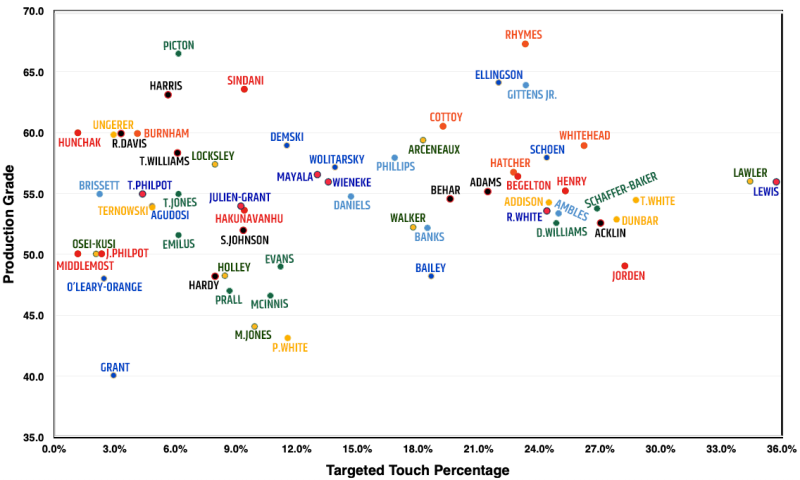 Schoen is more productive per target than the Alouettes’ Eugene Lewis or Edmonton’s Kenny Lawler. He’s playing a more prominent role in targets than Kurleigh Gittens Jr. in Toronto, Bralon Addison in Hamilton and Reggie Begelton in Calgary. He’s hot on the heels of BC speedster Lucky Whitehead for overall impact on the game.

All of which is to say, Dalton Schoen has found his fit, matching the organizational culture directed by head coach Mike O’Shea and general manager Kyle Walters. He has slotted into the lineup as the perfect Robin to Ellingson’s Batman and when asked to do more after Ellingson needed at least three straight games off to rest and recover he has stepped up further.

Collaros is completing 50 per cent of his targets to Schoen beyond 20-yards depth, a feat only one other Bombers pass catcher (Agudosi) can match. The difference here is that Schoen has 16 more deep targets than his running mate. Somehow, Schoen has been able to maintain the highest passer efficiency rating (138.4) when targeted as well.

To be your team’s most efficient receiver when targeted, its most explosive and deepest targeted and lead the team in receivers is all incredibly impressive. To do it as a CFL rookie while adapting to the field dimensions, waggle and other staples that often cause headaches for new pass catchers is a whole other level of accomplishment.

If Winnipeg wins tonight they will move to 9-0 with a home-heavy schedule and all three bye weeks remaining in their back pocket. Add to that Ellingson will likely return soon, causing defences to roll coverage away from Schoen in an evolution that could spring Demski, Wolitarsky, Bailey or even Brady Oliveira out of the backfield more often.

All of this with Collaros pulling the strings and more often than not knowing the right moment to take a deep shot or keep it conservative. If the Bombers do make a historic run towards regular season perfection or a possible Grey Cup three-peat it will be aided in large part by the headband wearing, on-camera winking newcomer Dalton Schoen and his ability to understand what our game is all about in short order.