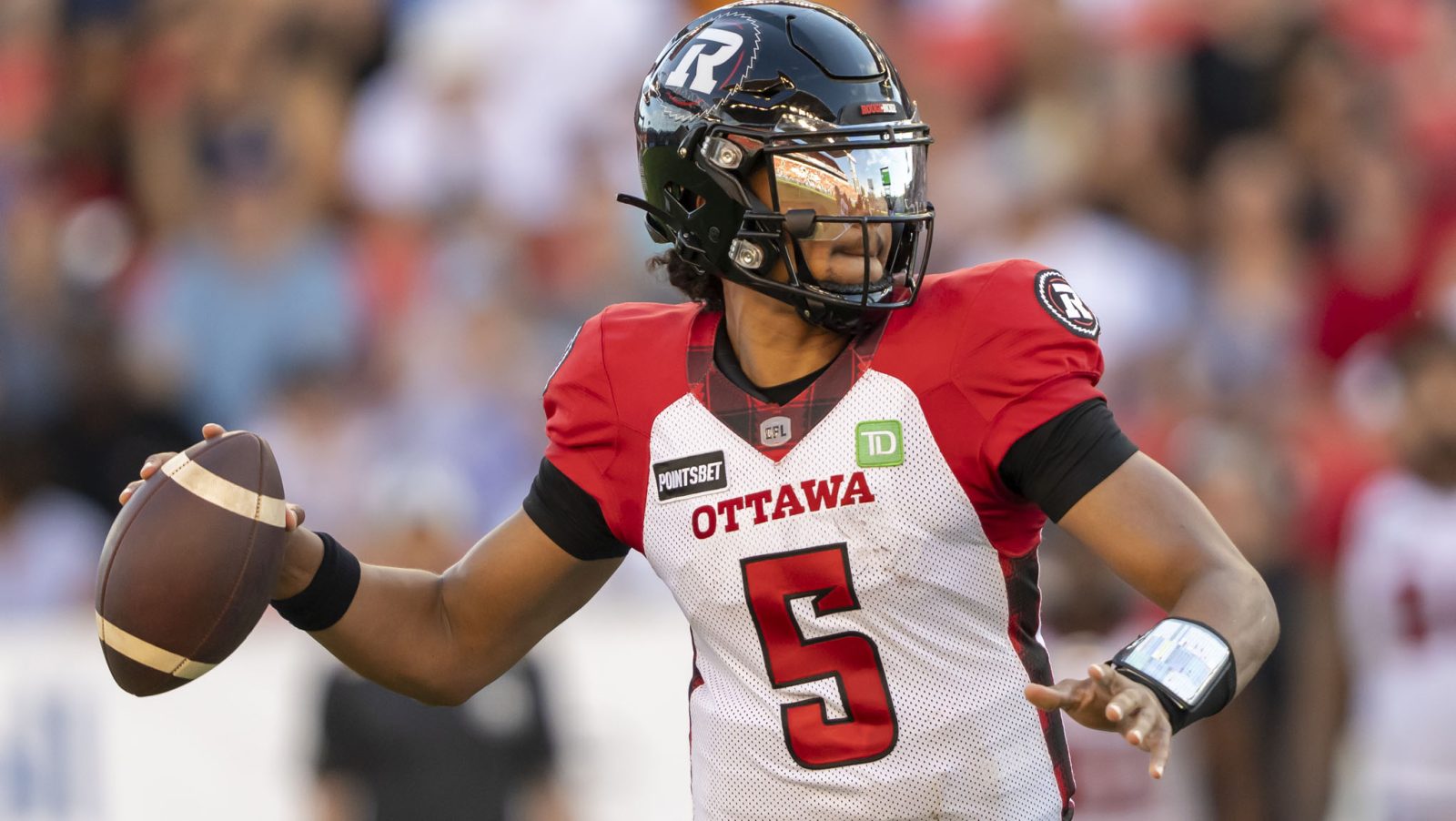 TORONTO — Some weeks, you can look at the schedule and you just know. Or, at least you think you know.

The pairings are pronounced, the match-ups are favourable and you can make your picks almost as fast as your eyes can scan across the screen.

The Edmonton Elks travel to Ottawa to face the REDBLACKS on Friday, where the last place teams in the West and East Divisions, respectively, will take to the field at TD Place with a combined record of 3-14.

In Montreal, the Alouettes will host the Hamilton Tiger-Cats on Saturday afternoon. Both teams sit at 3-6, but both are coming off of wins that could serve as rallying points in their seasons, with the Als being the only team in the league to beat the Winnipeg Blue Bombers and the Ticats coming back for a gutsy win over the Argos despite the absence of Dane Evans at quarterback.

You could make an argument for either team in either game coming out victorious this week.

Our other two games — BC in Saskatchewan and Calgary visiting Toronto — are far from locks, but your gut may speak to you a little louder here.

How did our esteemed panel of pickers sort out this tough-to-read slate of games? Let’s take a look. 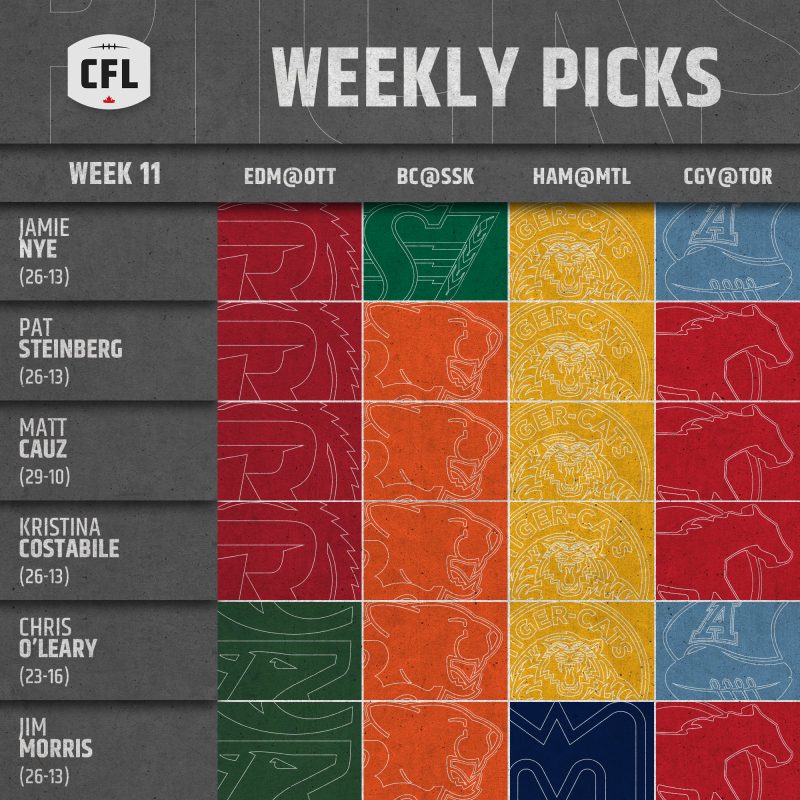 If nothing else, the Elks and REDBLACKS should have some basic talking points in the pre-game. Neither team has won at home yet this season. Despite the Elks’ decent 2-3 road record in 2022, the majority of the panel thinks this is the week for Ottawa to send the fans at TD Place home happy. The Elks may have the edge in quarterback consistency, having leaned on Taylor Cornelius the past four games, while Ottawa has looked for results from both Caleb Evans and former Elk Nick Arbuckle. We’re not sure who will start or finish for the REDBLACKS, but the majority here sees it as their week.

The Riders were able to put their three-game losing streak to bed and did so with a much more mobile-looking Cody Fajardo at the helm. Now, they host a 7-1 Lions team and have a great opportunity in front of them. If the Riders want to take a jump into that upper echelon of CFL teams (the Bombers, Stamps and Lions all wave here), knocking one of them off is the best way to get into the conversation. To do that, the Riders will need to be ready for a shootout. A 500-yard offensive game is nothing for the Lions. In their win over Edmonton, the Riders managed 261 yards on an almost perfect 50-5o split between the run and passing game. Are they up to that task? One brave voter says yes.

It’s a little wild to think that a pair of teams with 3-6 records are meeting with playoff implications at stake, but that’s exactly where we are. You’ll see that the Ticats are second in the East Division standings and that’s because of their Week 8 win over the Als. A Hamilton win in Montreal on Saturday would give the Ticats the season series. A Montreal win would launch them up to second in the East and would leave both teams looking toward their third and final meeting of the season in Week 16. As we mentioned above, both teams had monumental wins last week. Catching the first-place Argos isn’t out of the question, but for either team to do it, it’ll take a very impressive second-half run. Despite Dane Evans‘ uncertain status, the panel thinks the Ticats have it in them.

The news out of Argoland on Tuesday that Andrew Harris and Cam Phillips are expected to be out for an extended period of time puts a damper on their chances this week. The Stamps will come into BMO Field with a bad taste in their mouths from last week’s very winnable game against the Lions getting away from them. If they need something to generate a little confidence, how about their 3-1 road record (against the Argos’ 3-2 home record) and their 3-0 record against East opponents? That includes their incredible Week 2 comeback in Hamilton against the Tiger-Cats.