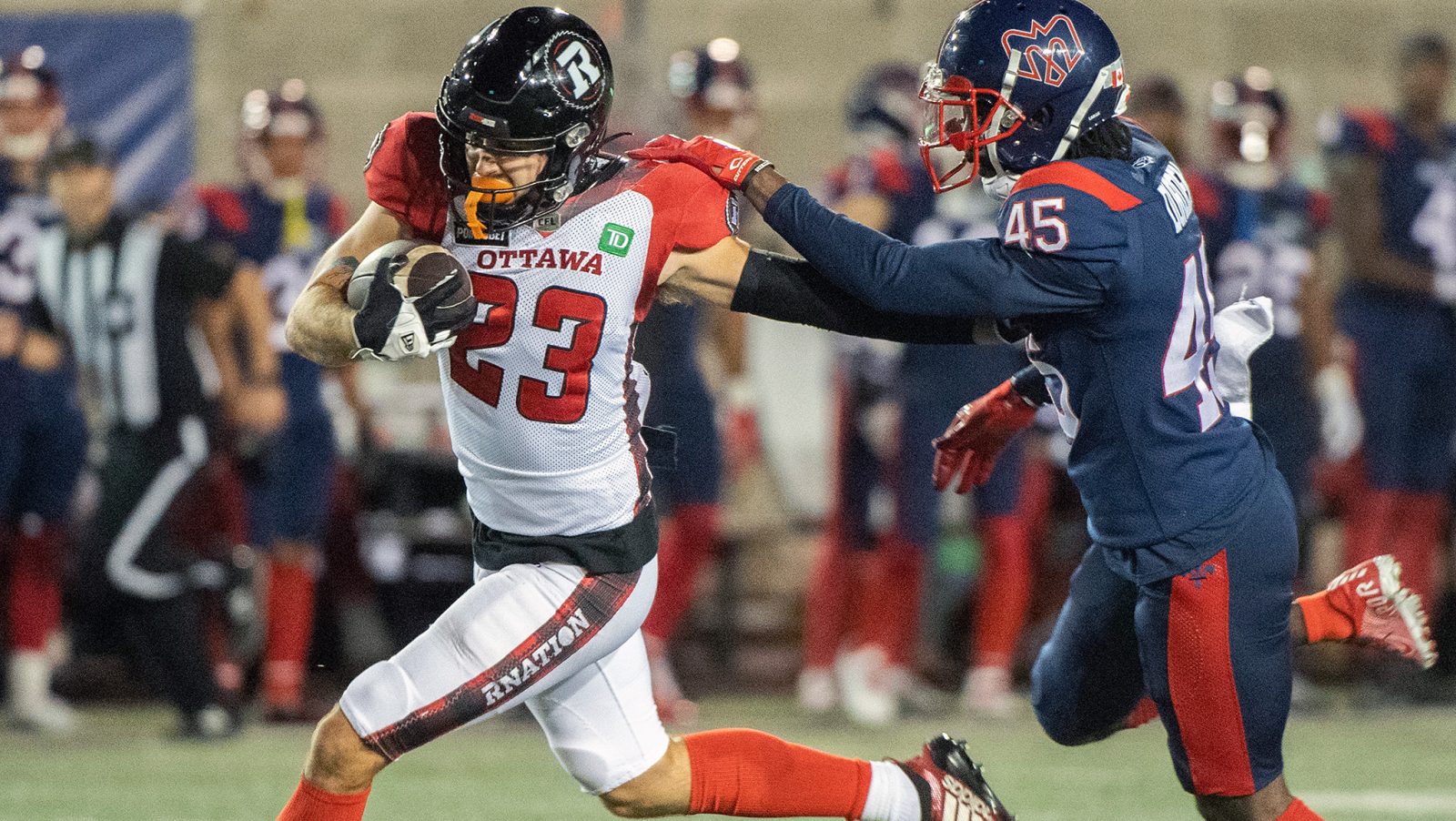 MONTREAL — The Ottawa REDBLACKS kicked off the OK Tire Labour Day Weekend with a 38-24 road win over their division rival Montreal Alouettes on Friday night to claim their second consecutive victory.

Ottawa quarterback Nick Arbuckle put together his best statistical performance of the game, completing 20 of his 31 passing attempts for 313 yards and a touchdown in his second game as the REDBLACKS starting quarterback.

However, it was Ottawa receiver Jaelon Acklin who highlighted the performance offensively for his team. Acklin reeled in a team-high seven of 10 targets and a set a new career-high with 159 receiving yards in the game. The REDBLACKS playmaker had a long of 64-yards and averaged 22.7 yards per catch in the Labour Day Weekend win over his East Division rivals.

When initially asked about the performance on Friday night, Acklin was unaware of the fact that he had set a new career-high in receiving yards.

Throughout his electrifying performance, Acklin could be found poking fun at Montreal receiver Eugene Lewis, as Acklin performed Lewis’ signature, ‘raise the roof,’ celebration after seemingly every big-play.

However, when asked about his mimicking of the Montreal receiver, Acklin argued it was more a showing of respect than anything else.

“I just woke up feeling moody today,” said Acklin. “I was just talking trash, I don’t know why. I was doing Geno’s celebration, but Geno is a dog so I was really just having fun.”

When asked about the developing relationship between himself his new starter, the Ottawa receiver had nothing but praise to speak of for Arbuckle.

“I was actually roommates with Nick,” explained Acklin. “You know, the guys has never asked me anything except for football questions, so that tells you everything about Nick. He’s all ball and just a good family man, just a guy that you want to be around.”

The REDBLACKS will take the field next in Week 14 as they prepare to host the Toronto Argonauts in a Saturday night matchup from the nation’s capital. Kickoff from TD Place next Saturday is scheduled for 2p.m. ET.