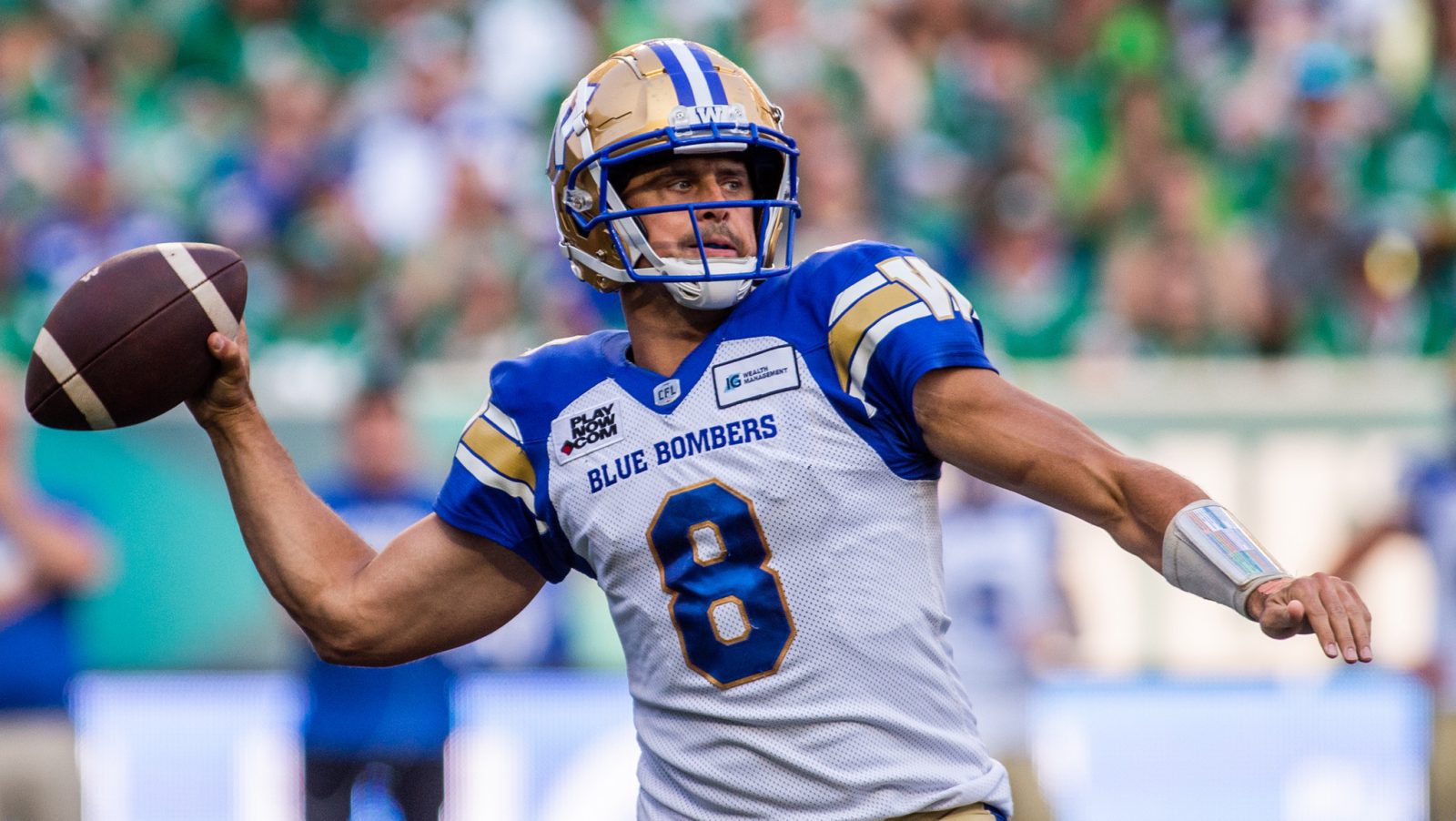 Hello, Marc Liegghio. A sweet swing on a booming 55-yarder to provide the winning points? And also a nifty how-do-you-do to avoid a punt block? That was some quick-thinking, fast-acting, dipsy-doodle puntery.

DON’T LOOK NOW BUT THAT ‘IF’ HAS BECOME A ‘MAYBE’

In last week’s takeaways, I wrote that the Ottawa REDBLACKS’ win in Edmonton was good enough to have the team turning to an optimistic page and thinking about how they could build on all the ‘ifs’ that came with the win. And that if they were to beat Montreal that all those ‘ifs’ would turn into slightly more concrete ‘maybes.’

Looks like that has indeed happened as the feeling is growing.

“The energy of the team is just skyrocketing right now,” quarterback Nick Arbuckle told TSN after the win in Montreal.
“And it’s just gonna continue to lead to better practices, more focus and more execution on the field.”

Should the REDBLACKS beat the Toronto Argonauts this Saturday, the ‘ifs’ will be long gone, and the ‘maybes’ will begin to evaporate, turning into something even stronger, even better. Belief.

THESE ARE THE FIVE MOST FEARSOME WORDS A DEFENCE CAN HEAR

In Sunday’s win over the Saskatchewan Roughriders, Winnipeg quarterback Zach Collaros showed once again that he is the dime-iest dime thrower of all the dime throwers in all of the land of dimes when he is sprinting out.

His touchdown throw to Dalton Schoen (35 air yards of tight spiral beauty) as each of them sped toward the sideline was just another to add to the list of such throws that Collaros has made throughout his career.

The five most fearsome words a defence can hear?

“Collaros rolling to his right….”

REGGIE IS BACK TO BEING REGGIE

It wasn’t Reggie Begelton’s biggest day of the season, yardage-wise. But the Calgary receiver’s five catches for 57 yards included 30 YAC and two touchdowns, the second of which was as beautiful a major as OK Tire Labour Day Weekend saw, with Begelton laying out near the sideline, deep in the end zone. Magnificent.

The 29-year-old veteran hadn’t had a touchdown since July 15 and had been seemingly struggling to locate his old magic in the Calgary offence pretty well all season long. On Monday he found it.

“I’m not surprised,” said head coach Dave Dickenson. “I just had a feeling he might be breaking out.”

Dickenson went on to note that lots of receivers can find the glum in a situation and let up as they settle in the doldrums. Begelton, he said, did nothing but keep his foot on the gas, kept on grinding. “They don’t all do that,” said Dickenson.

It’s been a season-long quest for the Toronto Argonauts, at times seeming more arduous than the fabled one followed by their legendary namesakes when they were daring all their dares in going after the golden fleece.

Get Brandon Banks and McLeod Bethel-Thompson on the same page.

Finally, it happened. Really, really happened as Bethel-Thompson found Banks on two big, chunky plays in Toronto’s win over Hamilton; a 53-yarder in the first quarter and a 27-yard touchdown strike in the fourth, both plays looking a lot like what Banks had done in Labour Day games previously, only in a Hamilton uniform.

The bold part? The Argos did their best to shake up a tendency to stall in the red zone with a reverse to Banks, who got blocking help from his quarterback on what ended up being a four-yard touchdown run that covered a whole lot more than four yards.

Ignition sequence on for Banks and the Argos?

WE SHOULD ALL BE SO MOODY

The man who appears to have more fun than anybody playing football was at his haul-‘em-in best for the REDBLACKS on Friday night. But also his devil-may-care, dish-it-out best too.

“I was just talkin’ trash, I don’t know why,” said Acklin, with a full grin.

He is not the only family member, apparently, who likes to serve up some sass. His mom, Tina, can ladle it out too. Acklin tweeted: “Mom just watched the replay of the game and the only thing she said is I need to shut up.”

AND FINALLY… Nice of Stampeders’ receiver Luther Hakunavanhu to notice that Kenny Lawler wasn’t on the field and that somebody needed to step up and fill the void in the jaw-droppery universe.