Steinberg’s MMQB: Looking back at an exciting LD Weekend 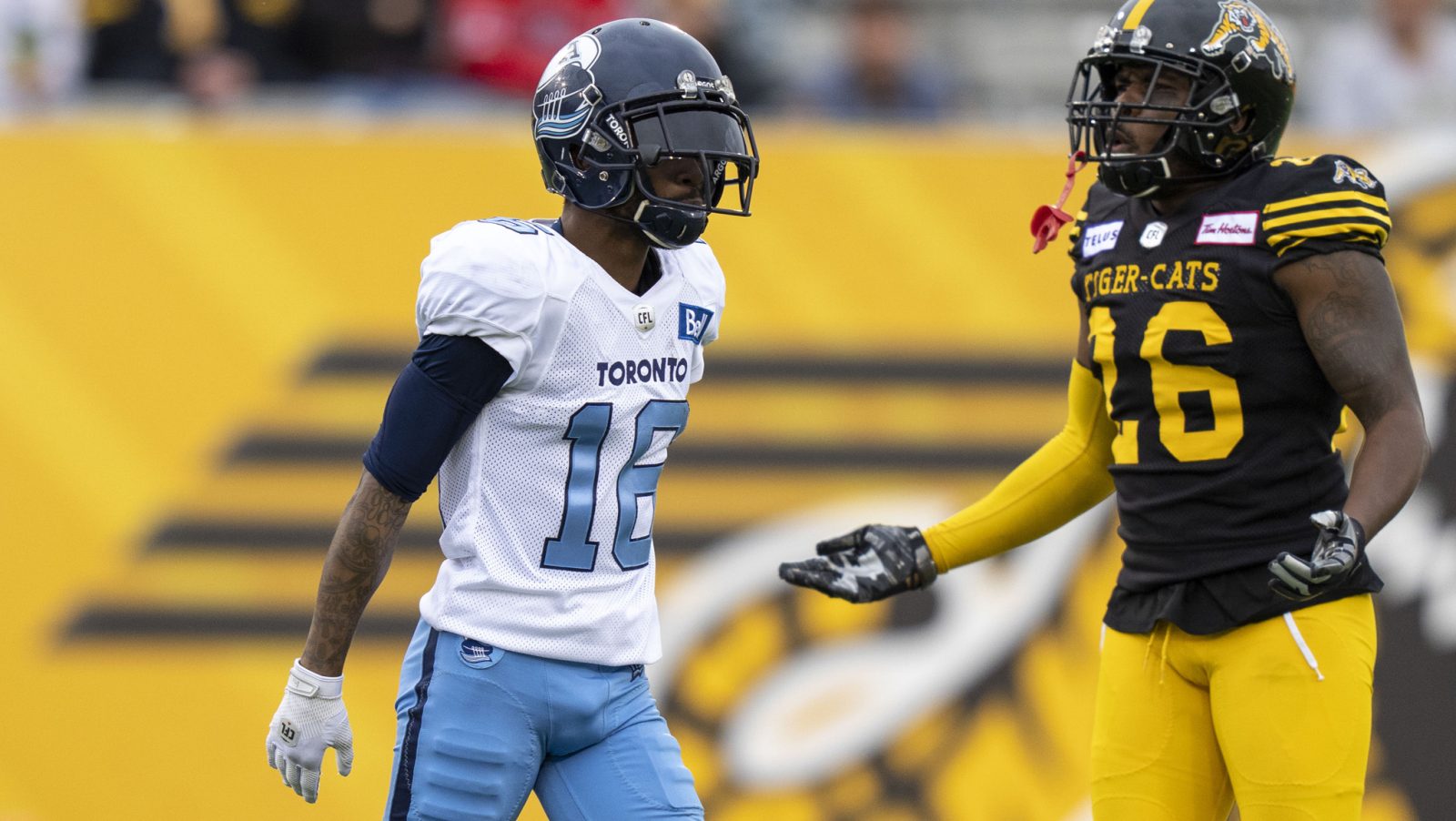 Steinberg’s MMQB: Looking back at an exciting LD Weekend

OK Tire Labour Day Weekend is in the books for another year and it didn’t disappoint.

We had standout individual efforts in all four games and both games out west came right down to the wire, culminating with Monday’s weekend finale at McMahon Stadium.

Oh, and the West Division is primed for a pair of rematches this weekend…

The stages are set

Saturday sees the annual flip in the West Division’s Labour Day matchups, starting with Saskatchewan looking for revenge on the road. As this rivalry shifts to Winnipeg and IG Field, it’ll be the Riders who I have my eye on after a tough 20-18 loss Sunday afternoon.

And that’s with no disrespect to the Bombers. Winnipeg is the class of the CFL, they’ve now clinched a playoff spot, and they’ll be favoured to win on Saturday. But Sask has things to build on, and things to learn from, coming off their most recent loss to the Blue Bombers.

On one hand, Cody Fajardo had a second straight solid outing and was up over 70% passing for a second straight week. Also in the positive column: Shaq Evans looked great in his return, the front four applied solid pressure in the first half, and the Riders held Brady Oliveira to just 38 yards on 12 carries.

On the other, however, Saskatchewan was outscored 20-4 after taking a 14-0 lead in the second quarter and scored just one second half point. A couple of decisions hurt the Riders dearly in the fourth quarter, which just can’t happen against an opponent as cool under pressure as Winnipeg is. Let’s see if Saskatchewan can take something from Sunday’s second half into what should be another nailbiter on Saturday.

I’m feeling much the same about this weekend’s rematch between the Elks and Stampeders, in that I’m most interested in how the losing team responds. Despite falling just short in a 26-18 loss, Edmonton did a lot of good things and only had the game get away from them during a six-minute span in the third quarter.

Against a solid opponent, quarterback Taylor Cornelius showed flashes of absolute brilliance in the second half, Kevin Brown was a lightning bolt out of the backfield, and the Elks had Jake Maier and the Stamps offence out of sorts for almost the entire first half.

But it was Calgary who executed when it mattered most, which was evident throughout the second half. An Elks win in the rematch will very likely be in tight fashion, which means a couple of their key mistakes in Monday’s second half need to be eliminated to pull off the upset. That has to be the lesson from their Labour Day loss.

It’s not like Brandon Banks had his first ever big game on Labour Day…of course he didn’t. We’ve seen plenty of huge games from Speedy B over the last half decade, but Monday’s performance in Hamilton had to be one of his most gratifying.

Banks went for 80 yards receiving and one touchdown to go along with a rushing touchdown. He did it in on Labour Day in Toronto double blue, against his old team, in their building, and was the driving force of a crucial 28-8 victory. Banks is a pro and he understood the Tiger-Cats made a business decision when the two sides parted ways in the off-season. But that doesn’t mean doing what he did in Hamilton, on a huge stage, didn’t feel just a little sweeter.

A few weeks ago we talked about how Marc Liegghio handled a home loss to Montreal that prevented the Bombers from going to 10-0. Liegghio shanked a game winning field goal try at the end of regulation before clanking the upright as the Bombers tried to extend overtime a few minutes later. But there was Liegghio facing the music post-game, vowing to learn from a tough outing…and it seems he’s done just that.

Since that game and a bye week, Liegghio has gotten things back on track. He nailed his only field goal attempt in a tight 31-29 win over Calgary in Week 12 and went two-for-two on Labour Day weekend in Saskatchewan. Of course, it was that 55-yard bomb late in Sunday’s win over the Riders that stood out most. On the road, down by one in a defensive standoff with a chance to take the lead, Liegghio hammered it and showed why the Blue Bombers continue to show faith in their 2020 draft pick.

I saw social media at halftime. There was a contingent of fans calling for Bo Levi Mitchell to enter Monday’s Labour Day Classic as Calgary’s offence had sputtered through the first two quarters. But, trailing 8-7, head coach Dave Dickenson stuck with Jake Maier in his second start of the season. I thought it was the right call at the time, and Dickenson was proven right.

Maier tossed a couple impressive touchdown passes in the third quarter and executed multiple other huge completions as the Stamps improved to 7-4. If Calgary is going to give Maier the chance to earn the starting job the rest of the way, pulling him after two quarters in his second start isn’t the way to do it. The Stampeders stuck with him and were rewarded for the decision.

I can’t help but feel good for Nick Arbuckle. He’s now 2-0 as Ottawa’s starter and looked strong in Friday’s 38-24 win in Montreal to kick off Labour Day Weekend. Arbuckle threw for 313 yards and a touchdown in the win, which puts the REDBLACKS right back in playoff conversation. With the crossover in play, Ottawa is just a game back of the Als for second in the East with two more head-to-head games down the stretch.

For Arbuckle, though, these last two weeks must feel like a long time coming. Since popping onto the scene with Calgary as an injury replacement in 2019, Arbuckle has been to traded to Ottawa, signed by Toronto, traded to Edmonton, and traded back to the REDBLACKS. A mix of injury and circumstance has been hard to overcome, but Arbuckle has waited patiently for a real opportunity. He’s getting it now and, so far, he’s making the most of it.