Start vs. Sit: The week of the quarterback 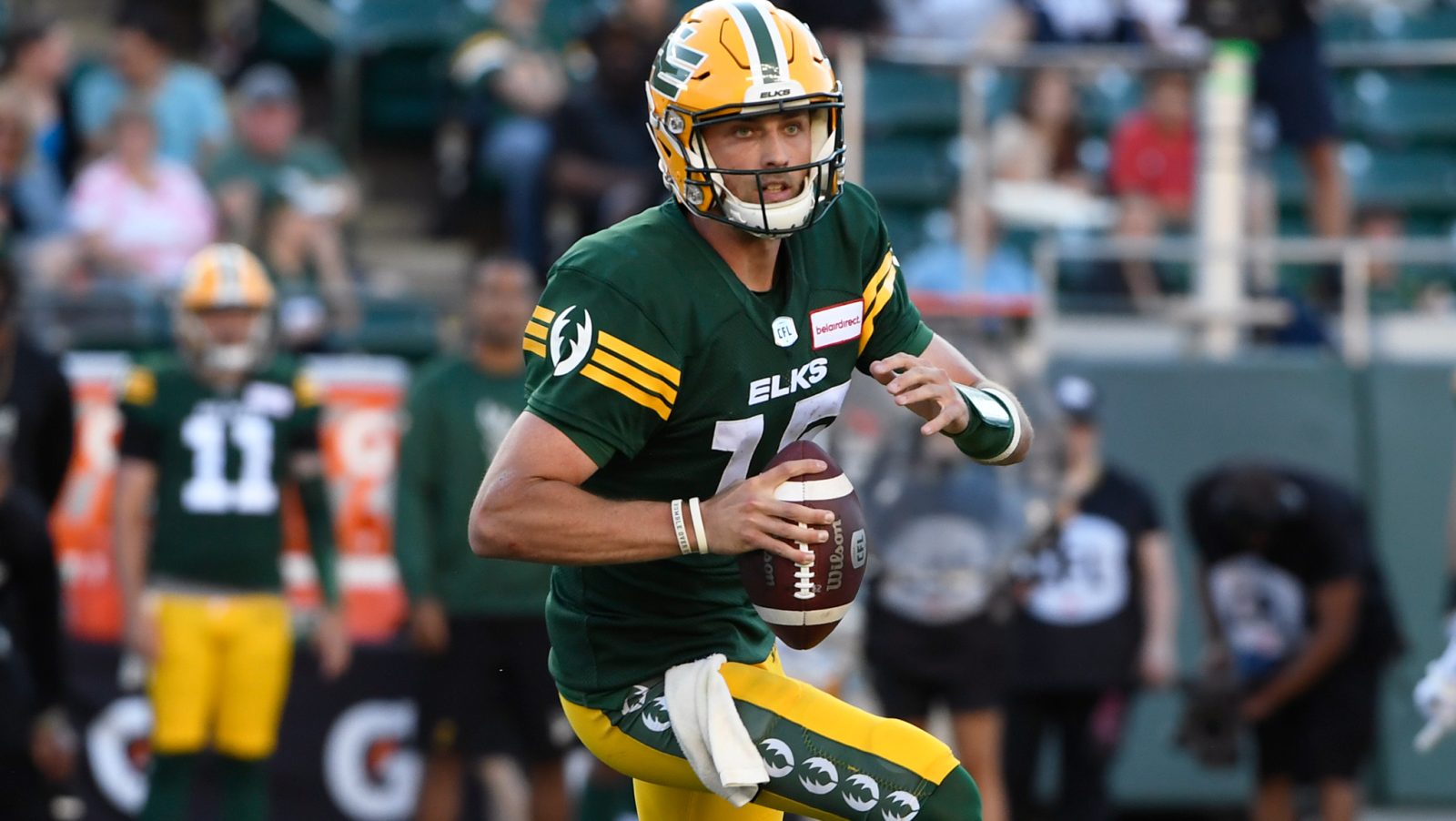 Start vs. Sit: The week of the quarterback

Last Saturday’s triple header spoiled CFL fans with plenty of action, as has seemingly been the case over the last couple of weeks. Week 15 eases off the gas a little bit with only three games on the schedule. One fewer game means fantasy options are thinner, making the decisions between who to start and who to avoid even more important.

Week 15 looks pivot-friendly, offering at least two passers to strongly consider building fantasy rosters around. Alas, the week is not going to be kind for the receiving corps, especially not for those who may be looking towards the BC Lions in Vancouver, a team that has gone through two weeks of below-average fantasy production. 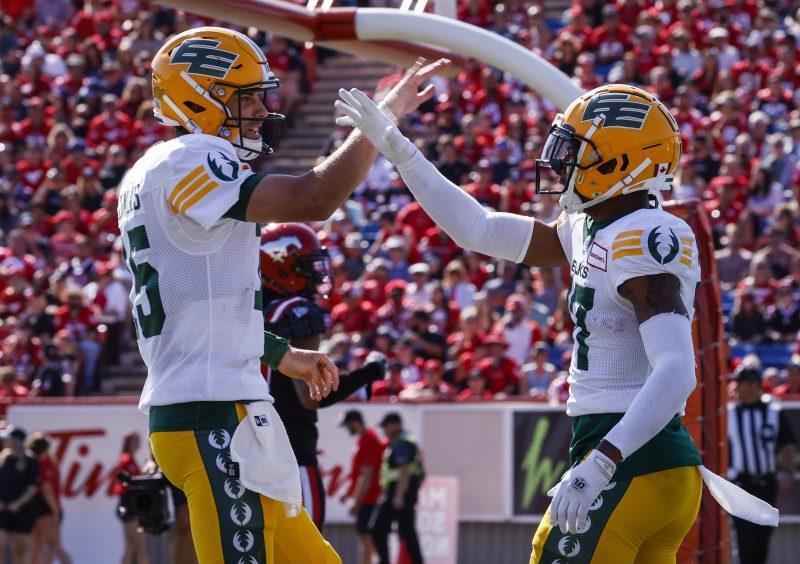 Through their last two games against the Calgary Stampeders, quarterback Taylor Cornelius and receiver Dillon Mitchell have connected on 11 of 18 targets, with Mitchell averaging 18.1 yards per catch (The Canadian Press).

Saturday’s loss to the Calgary Stampeders overshadowed another step in the progression of Taylor Cornelius, who put up a season-best 24.8 fantasy points, throwing a pair of touchdown passes and running for a third on what was his only carry of the evening. Omit his scoreless outing against the REDBLACKS in Week 12, and Cornelius has thrown two majors in each of his past three games, and has thrown just one interception.

Cornelius has turned rookie receiver Dillon Mitchell ($2,651) into a fantasy-viable value play as the two have combined for 11 catches for 199 yards and a touchdown in the last two games. The Elks have also been finding way to provide opportunity for Derel Walker ($5,274) to get more involved in the offence.

The Elks are facing a Saskatchewan Roughriders defence that allowed 54 points and 401 yards to the Winnipeg Blue Bombers in last week’s loss in the Labour Day Classic rematch. Through the air, the Riders have given up 20 completions of 30 yards or more, which should provide a favourable fantasy matchup for the Edmonton quarterback.

On the positive side, Cody Fajardo won’t be facing the Winnipeg defence this week, a unit which has held him to just one passing major in his last five starts against them.

A matchup with the Elks looks like it could be a week where Fajardo could find himself in a bounce-back game, especially when remembering that he scored 24.3 fantasy points against Edmonton in Week 10. Yet there’s a need to look closely, Fajardo had 17.1 of his fantasy production come from his two rushing scores; the Elks held him to 55 per cent passing, as he threw for 130 yards and a touchdown, resulting in 7.2 fantasy points from his arm.

This game could turn into a high-scoring affair, but Fajardo’s fantasy value as a passer lessens the potential of such a contest. He has managed just one game of more than 10 fantasy points using passing in his past six games, while throwing just two touchdowns in his last four. We’ve seen Fajardo arise from the ashes before, but this doesn’t feel like the time.

Sure, it may sound boring, but Zach Collaros is well on his way to another season of elite fantasy totals. He’s coming off his fourth game of at least 20 fantasy points, lighting up Saskatchewan for a season-best 26.9 points. He threw four passing touchdowns and completed 84 per cent of his 25 passing attempts. Collaros has thrown a touchdown over his last nine consecutive starts and has thrown for at least 200 yards and two touchdowns passes in eight of those nine games.

The Hamilton Tiger-Cats gave up 302 passing yards to Collaros in Week 3, but did not allow him to find the end zone, making Hamilton the only team to hold the Bombers’ pivot and his receivers scoreless this season. With the Blue Bombers continuing to look increasingly frightening for opposing defences, using Collaros as an offensive anchor is a solid building block for any successful lineup in Week 15.

Where Collaros has thrown a league-best 26 passing touchdowns, Dane Evans has struggled in the category. He’s thrown 10 touchdown passes this season, yet because of injury and some offensive inconsistency,  it has been more than a month (August 6) since Evans thrown a touchdown. He was unable to do so in Week 3 against Winnipeg, in a game where he threw for 237 yards and was intercepted twice.

The Tiger-Cats are hoping to have Evans back in the lineup after turning to rookie Jamie Newman ($5,000) in their Labour Day Classic matchup against Toronto. They’ll need him to bring life to the offence, especially with the running game still seemingly finding its grounding, yet it’s hard to envision Evans being able to lift this offence on his own.

Let’s face it, Malik Henry is the top target in Calgary these days and has thrived since Jake Maier ($9,454) became the starring quarterback. Henry has put up three consecutive games of double-digit fantasy points, having scored 22.8 points in last Saturday’s win over the Elks. He’s been targeted 29 times in the same span, catching 18 of those for 287 yards and four touchdowns while maintaining his status as one of the league’s best downfield threats.

BC still ranks atop the league in a number of categories when it comes to pass defence, including allowing the fewest yards per game, fewest average passing yards and worst quarterback passing efficiency. However, Maier is averaging better than 10 yards per attempt since becoming the starter, and with the depth and quality of hands available to catch passes, Henry will benefit from the downfield shots he and Maier will likely connect on.

Sit: BC Receivers (For Now)

The hope is that the possible addition of Vernon Adams Jr. ($7,062) can revive an offence that has averaged a mere 12 points in the three games that Rourke has been sidelined. The Lions have not generated much on their ground game as James Butler ($6,993) has produced all of 98 yards on 38 carries in the same three-game stretch. Here’s hoping Adams can bring the fun back into that has been so lacking of late.