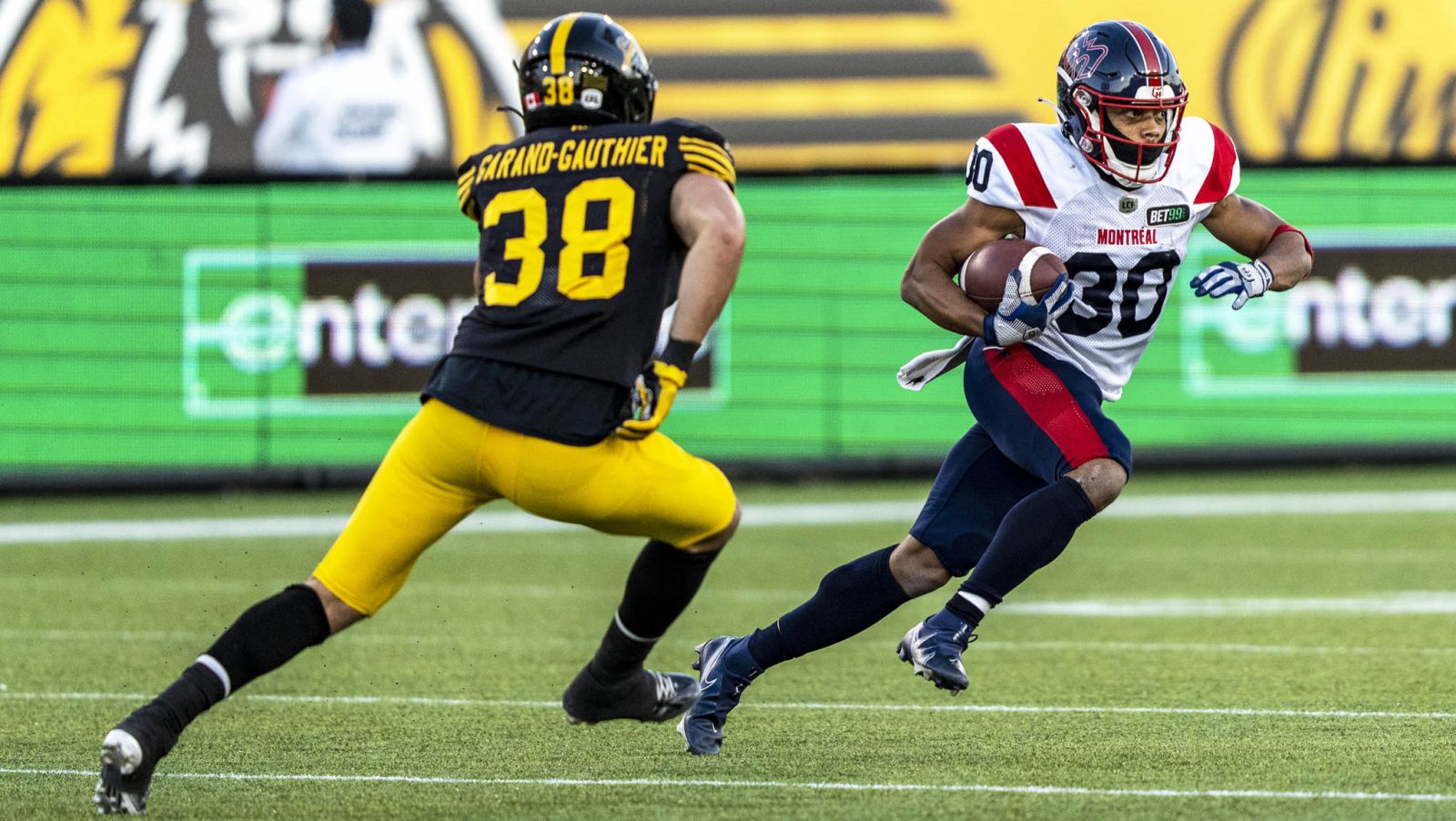 There’s an interesting aftereffect that comes with what we saw in last week’s games, where there were three heavy favourites, both among the CFL.ca writers and fans playing CFL Pick ‘Em that all lost (check back to last week to see what we’re talking about).

With the Hamilton Tiger-Cats stunning the Winnipeg Blue Bombers and the BC Lions seemingly starting to find their way under Vernon Adams Jr. at quarterback — we’ll take this moment to shout out the Edmonton Elks, who are on a bye this week after upending the Saskatchewan Roughriders at home — a ripple of uncertainty is created.

Specific to this week: Is this the turning point for the Ticats? Can you start reliably leaning on the Lions again, the way we learned you could when Nathan Rourke was running the offence? That uncertainty is reflected in the writers’ picks in two of our matchups for Week 16. 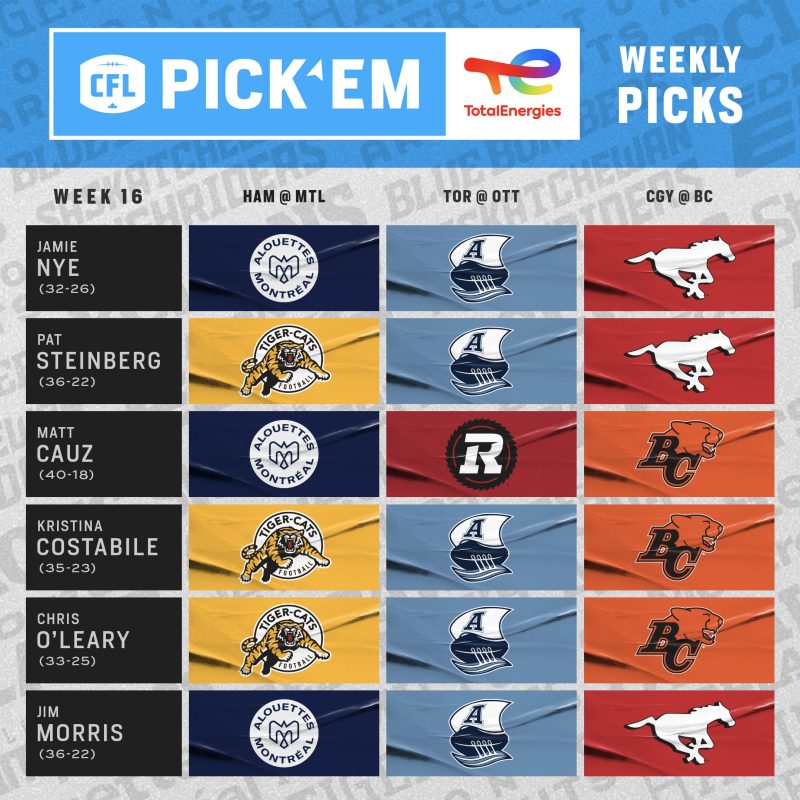 The Tiger-Cats and Alouettes meet for the third and final time in the regular season, with playoff implications looming all over this matchup. The season series is tied, the Als have a two-point lead on the Ticats in the standings and with a Western crossover opponent looming, both teams will know that there’s little room for error. Will we see the Dane Evans and the Ticats that we saw this past week? The touchdown-producing offence and turnover-creating defence? Will the rested Als defend home turf against a Ticats team that’s winless on the road to this point in the season? The writers aren’t sure. The fans say yes, the Als will.

The Argos head into TD Place to face the REDBLACKS looking for a little help from the Alouettes the night prior. If the Als down the Ticats and the Argos top the REDBLACKS, they’ll clinch a playoff berth. A win would also at worst let the Argos maintain their two-game cushion atop the East Division. The REDBLACKS come into this game from the opposite end of the standings and need to start running off wins to keep their playoff hopes alive. That both teams come into the game off of a bye week makes for an interesting wrinkle. There’s only one writer that thinks the REDBLACKS will pull this off, but that person is Matt Cauz, the only person to pick the Ticats to topple the Bombers last week. Make of that what you will.

The Lions and Stamps have given us two incredible games so far and they meet for the final time in the regular season on Saturday. The Lions have already taken the season series with the Stamps, but Calgary is just a game behind second-place BC in the standings. The trust in the new Vernon Adams Jr.-led Lions still seems to be shaky from the fans, who lean toward the Stamps in this one. The writers are deadlocked, with those seeing red in this matchup thinking the Stamps have been so close in the previous two tries that they have to be able to get one of these games against the Lions.