Start vs. Sit: Planning for pass-catchers 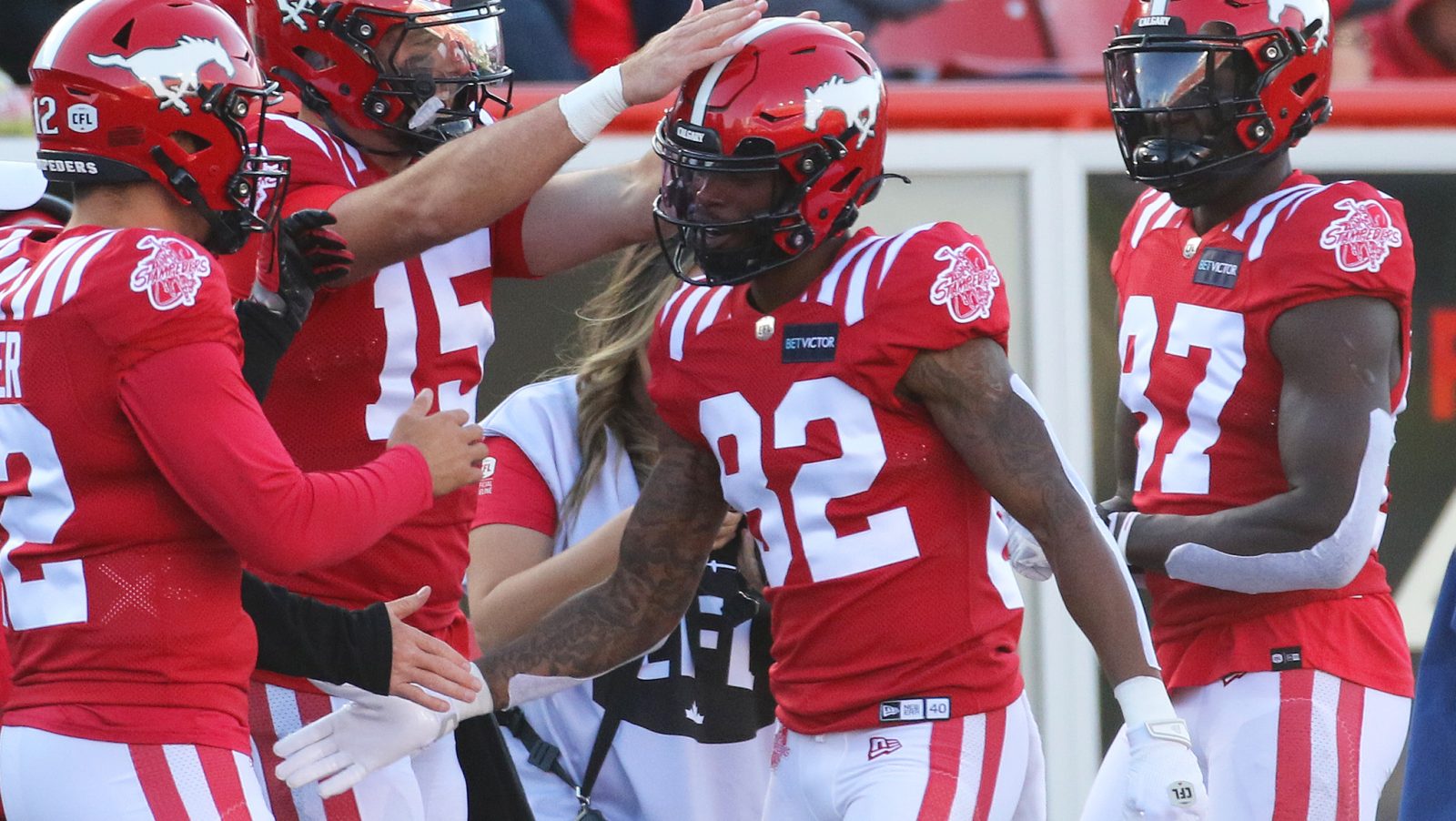 Start vs. Sit: Planning for pass-catchers

Playoff hopes fill the locker room for each of the league’s nine teams as Week 16 comes into focus. After consecutive weeks of high scoring affairs, CFL Fantasy users are banking on the two factors continuing to converge.

This week offers another three-game schedule, with heavy focus on East Division matchups. With wins this weekend, the Hamilton Tiger-Cats and Ottawa REDBLACKS could tighten the race in the East. While the lone West Division matchup is a rematch of last week’s overtime doozy between the BC Lions and Calgary Stampeders.

Where last week’s Start vs. Sit was heavy on pivots, look for this week to be centered more around the pass-catchers. 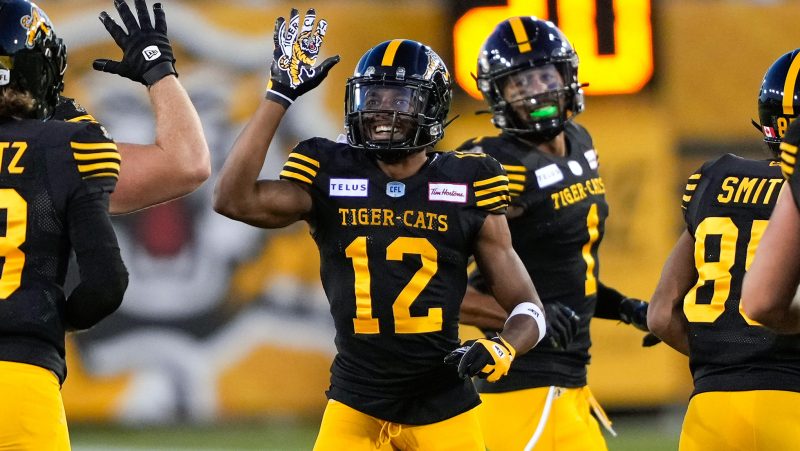 Tim White bounced back from a minor hiccup in Week 13 and delivered his third game this season with at least 20 fantasy points, scoring 27.4 points in Saturday’s win over Winnipeg. White caught six passes for 63 yards and found himself on the receiving end of two of Dane Evans’ ($8,825) five touchdown passes.

The Hamilton receiver enters Friday’s matchup with five straight games of at least 11 fantasy points, anchored on the high volume of targets he’s received since the loss of Bralon Addison. White is averaging nearly 10 targets per game and is now leading the league with 108 total targets.

Saturday’s win over the Winnipeg Blue Bombers seemed to display the Ticats’ blueprint for a postseason run. Let Evans throw the ball all over the field and protect him at all costs.

If that is indeed the path Hamilton is looking to travel in hopes of a finish the year atop the East Division, that means White stands a chance to approach his season-high 39 point effort, which happened the last time the Tiger-Cats met the Montreal Alouettes in Week 11.

The question surrounding Trevor Harris all season has been, which version you will get. Will fantasy users get the savvy gunslinger who lit up Hamilton for a season-high 382 yards and three majors in the Week 11 thriller? Or, will it be the Harris who has four games with at least two interceptions and three games with less than 200 passing yards?

Outside of Eugene Lewis ($9,945), the Alouettes have shown some inconsistency at receiver, only Reggie White, Jr. ($5,446) has been targeted more than 45 times. Jake Wieneke ($5,329) has seen a significant decline in target share, while youngsters Hergy Mayala ($2,699) and Kaion Julien-Grant ($2,961) have yet to turn their potential into consistent fantasy production.

The focus may be on Harris, yet he’ll need a little help from his friends in order to not only fulfill the hopes of his fantasy users, but also the team’s hopes of a third straight playoff birth.

McLeod Bethel-Thompson loves the REDBLACKS secondary. So much so that he’s thrown for a combined 705 yards and two touchdowns, while completing 52 of his 78 attempts in the two previous meetings with Ottawa this season. The Argos running game currently ranks last in average yards per game, so Bethel-Thompson’s throwing arm is going to be the key to Toronto maintaining their first-place grip on the East Division.

Another reason to feel good about playing Bethel-Thompson is that the Argos have been pushing the ball downfield more often. He’s averaged at least 8.1 yards per attempt in each of his past three games and has tossed six of his 16 touchdown passes in that same span. The, ‘sharing is caring,’ style of passing attack (five receivers have at least 37 targets) makes investing in an Argonauts receiver a bit of a challenge, but if you place your faith in Bethel-Thompson, the numbers suggest you’re getting a nice return.

On the flip side of Toronto’s offence comes a running game that has managed just 74 yards per game. The team has de-emphasized the ground and pound portion of their game plan since losing Andrew Harris to injury. How much so, one may ask? Harris hasn’t played since Week 10 but his 114 carries are still more than twice as many (56) as Toronto’s three other running backs combined.

A.J. Ouellette ($5,797) is more of an extra receiver who just happens to line up in the backfield most of the time, although he has seen an increase in carries over the past two weeks. He is averaging six targets in his past three games, yet it may not be enough to convince fantasy users to consider adding him. Toronto averages a called run on 33.2 per cent of their play calls, a trend that is a huge challenge to overcome when looking at Ouellette. 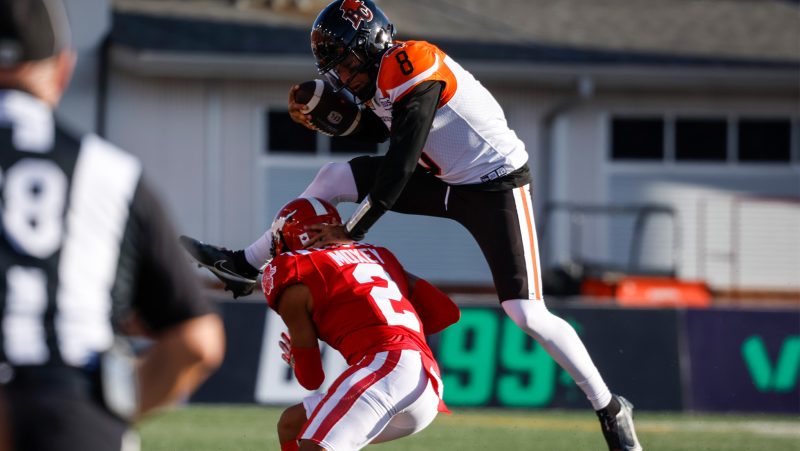 BC Lions quarterback Vernon Adams Jr. threw for 294 yards in their Week 15 win, giving Adams the most passing yards he has thrown since Week 8 of the 2021 CFL season (The Canadian Press).

One of the interesting tidbits of Saturday’s overtime win was that BC’s Vernon Adams Jr. did not account for a touchdown despite throwing for 294 yards and adding another 32 yards on the ground. That shouldn’t happen in consecutive games.

Adams brought the Lions’ passing game back to life after it had struggled over the last few week’s of play. Adams managed to guide BC to its highest point total since losing starter Nathan Rourke in Week 11. The Lions generated 418 yards of offence and with the threat of Adams’ ability to run, it also helped James Butler ($7,687) to his best statistical outing since Week 4. While it is just one start, fantasy users should feel at ease with giving Adams a chance.

Don’t expect this to end soon, Begelton (seventh) and Henry (12th) are among the top 12 most targeted receivers in the league and are each well on pace for 1,000-yard seasons. The emphasis on the duo is further magnified with Kamar Jorden on the six-game injured list. While the Stamps do have a fleet of young, promising receivers, the drive to the postseason begins and ends with Begelton and Henry.