CFL Simulation: All eyes on the Stamps 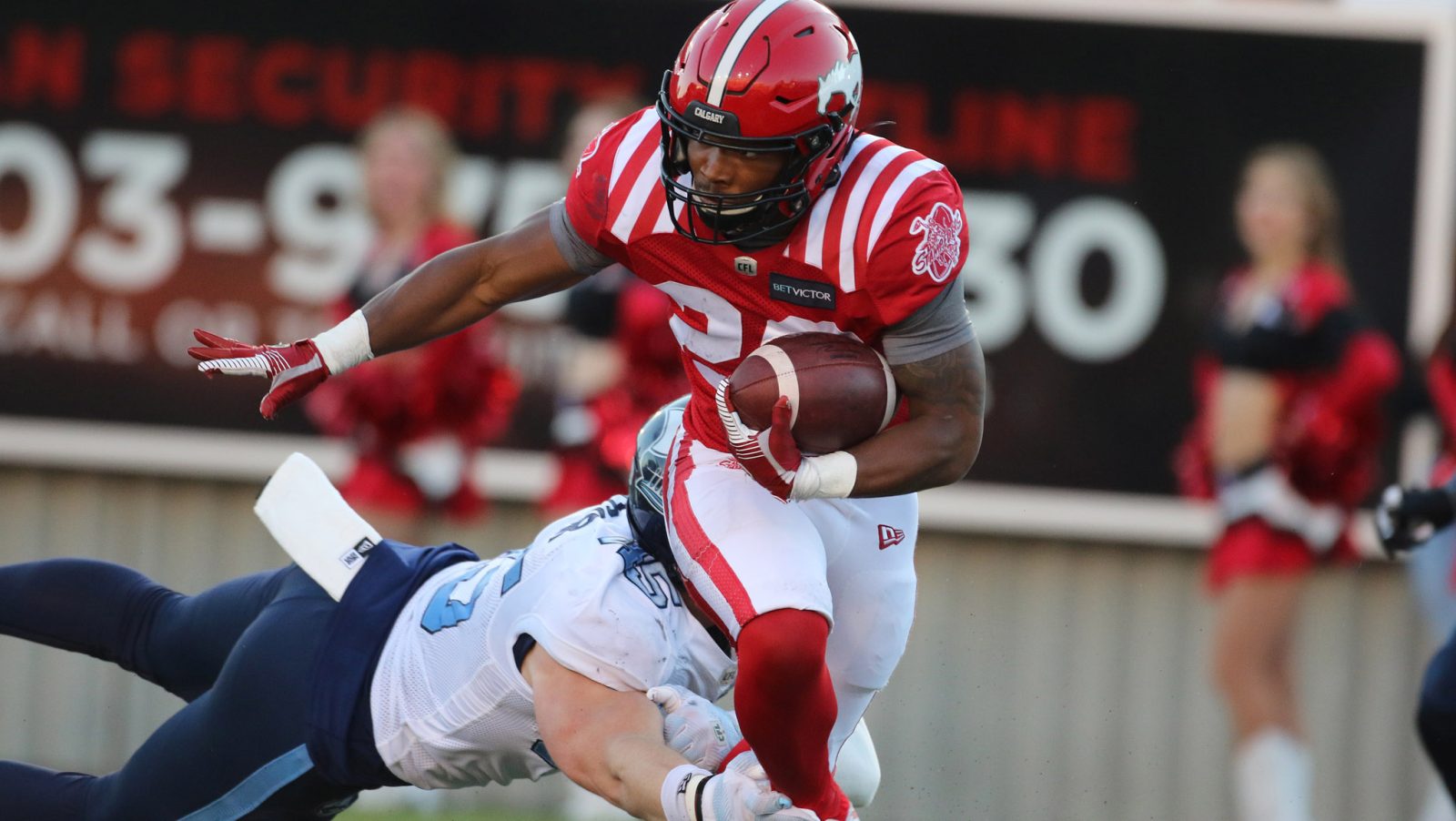 CFL Simulation: All eyes on the Stamps

TORONTO — The Calgary Stampeders’ win over the East-leading Toronto Argonauts carried some weight in this week’s CFL Simulation.

With games weighted more late in the season, the Stamps’ 29-2 win over the Argos has the simulation a little smitten with them, as they improved to 10-5. The Stamps, despite losing three games earlier in the season to the Winnipeg Blue Bombers and being three games behind them in the standings, have the best odds of winning the Grey Cup (40.64 per cent) and their odds of meeting the Argos in the 109th Grey Cup game this year are the best (34.35 per cent) of all possible scenarios.

Also notable in this week’s edition of the CFL Simulation:

-Saskatchewan and Edmonton cannot host a home playoff game (either the Western Semi-Final or Western Final) and are competing only for a crossover spot in the East.

-Calgary cannot finish first in the West. The race to host the 2022 Western Final is between Winnipeg and BC. Calgary and BC are in a battle to host the Western Semi-Final.