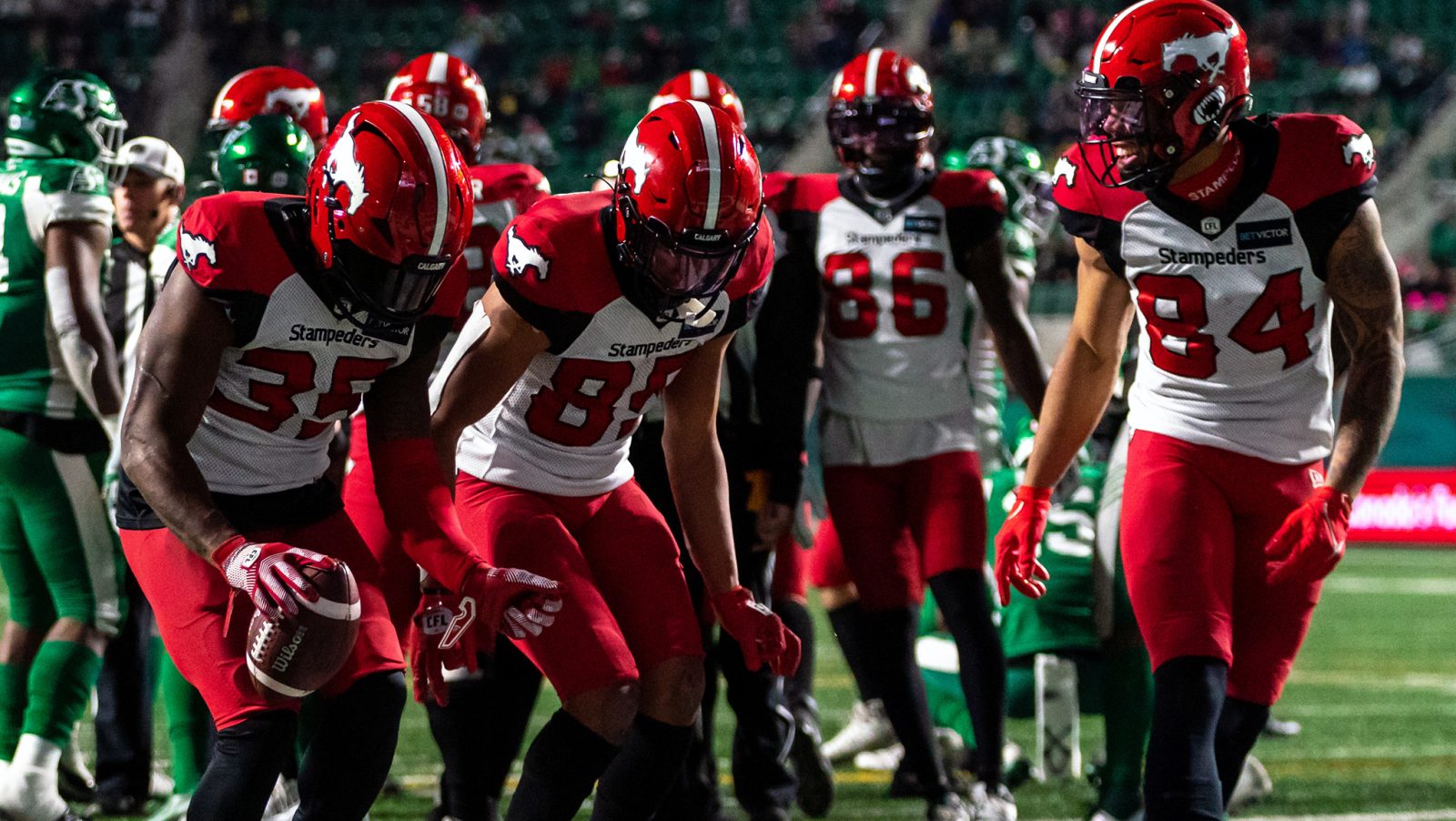 REGINA — The Calgary Stampeders earned a 32-21 win over the Saskatchewan Roughriders from Mosaic Stadium to close out Week 20.

A 20-point second half from the Stampeders offence would help push them past the West Division rivals and seemingly end the post-season hopes of the Roughriders.

It was the effort of the Calgary ground game the helped to spark the outpouring of offence in the game’s second half. The pairing of Ka’Deem Carey and Dedrick Mills combined for 178 rushing yards and two touchdowns in the contest, with Carey scoring his 10th rushing touchdown of the year.

Calgary’s game plan in their Week 20 win became evident as the game played out, they rushed the ball a total of 28 times in the game between their two running backs. Something that Carey felt gave both him and his team an early edge.

“I loved it,” said Carey. “I loved how our offence started fast, our offensive line was giving a great push and as you can see our run game killed it today. So, I was pretty excited.”

Despite a fast start from their run game, the Calgary offence ended the first half with just 12 points and no touchdowns. When asked what made the difference in the second half, the Calgary back pointed to their ability to convert scoring opportunities in the red zone.

“We were settling for a lot of field goals at the beginning of the game,” said Carey. “In the second half, coach just put a good game plan together and we went out there and executed it. More ground and pound, especially when we got in the red zone because we knew they didn’t want to tackle us.”

With 75 yards on the ground in the win over Saskatchewan, Carey continued to build upon what has been a career-year. His now 1,088 rushing yards lead the league and his 10 touchdowns give him the most amongst CFL running backs.

When asked about his feelings on leading the league in the category, Carey said that he doesn’t want to look to far ahead with one more week in the season and BC Lions running back James Butler closely behind him.

“It feels good, but we’ve got one more week left,” said Carey. “I know my man is chasing me. So we just have to go out there keep putting the pedal to the metal and hopefully I can get the title.”

In the final week of the CFL regular season, the Stampeders and Riders will meet in Calgary for the second game of a home-and-home. The playoff picture in the West is set as the Stamps will be travelling to BC Place for the Western Semi-Final on November 6.