Numbers Don’t Lie: 3 Stats that could define the Western Final

Numbers Don’t Lie: 3 Stats that could define the Western Final

TORONTO — The Winnipeg Blue Bombers will host the BC Lions from IG Field with hopes of a third consecutive Grey Cup appearance on the horizon.

Sunday’s Western Final will feature what is sure to be an exciting matchup between two of the league’s top passers in BC Lions quarterback Nathan Rourke and Winnipeg Blue Bombers’ Zach Collaros.

While the quarterback position provides an abundance of excitement, 12 players on either side of the field are needed in order to tell the whole story of a game. With that in mind, CFL.ca examines three stats that could define the Western Final.

The Winnipeg Blue Bombers have been one of the most effective offensive units of the 2022 regular season.

Quarterback Zach Collaros has been named a finalist for the league’s Most Outstanding Player for a second consecutive year. While rookie receiver Dalton Schoen has provided an unexpected, but entirely welcomed element of explosivity to the Bombers passing attack.

Collaros has enjoyed a career-year, setting new statistical bests in nearly every passing category. The veteran quarterback has completed 305 pass for 4,183 yards and 37 touchdowns this season.

In addition to the high caliber of play coming from Collaros, the Bomber offence has averaged 9.6 yards per passing attempt, the highest average across the league. What becomes most eye-catching about the Winnipeg offence is their ability to create scores and find success in the air without having to force the ball downfield.

However, that doesn’t mean Collaros and Winnipeg have been afraid to air it out. The Winnipeg pivot finished the regular season with a league-leading 1,401 passing yards from a distance of 20 yards or more and scored 24 of his 37 touchdown passes from the same distance.

Without question the Lions have provided one of the most electrifying offensive units of the 2022 regular season. As fans saw throughout the season and during the Western Semi-Final, Nathan Rourke and the BC offence can accumulate points in a hurry.

The Lions have been one of the most effective scoring teams this season, concluding the regular season scoring a league-leading 509 offensive points. A large cog in the Orange and Black scoring machine has been their ability to capitalize on their red zone opportunities and producing six-point plays.

In 55 trips to the the red zone this season, BC has found the end zone 39 times. Converting red zone scores at a rate of 70.9 per cent. Productive red zone offence can often be taken granted due to the expectation of finding points. However, the Lions have not only prioritized finding points, but scoring touchdowns. 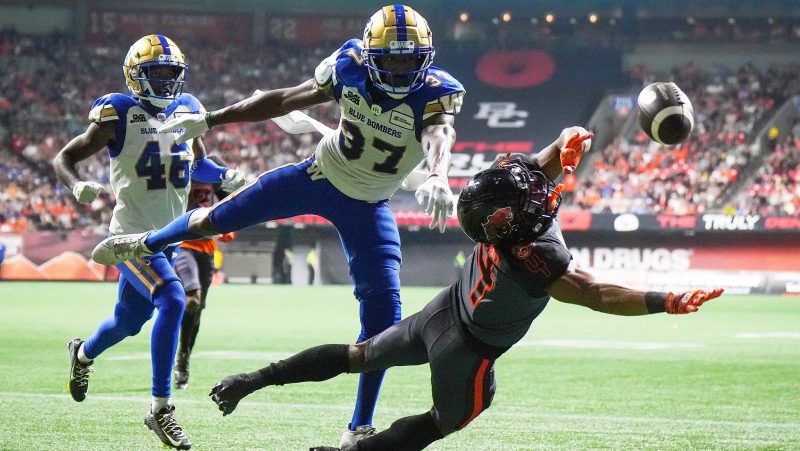 While much of the hype will deservedly surround the quarterback matchup taking place in Sunday’s Western Final from IG Field, the Blue Bombers have quietly boasted one of the best defensive secondary’s in the CFL.

The athletic group of playmakers that make up the Winnipeg secondary, seem to provide a counterpoint for nearly every BC passing statistic, and could be a key factor in containing what has been an explosive Lions offence.

The Lions have scored 33 of their 58 regular season touchdowns through the air. On the opposing sideline, the Bombers defence has allowed a league-low 19 passing touchdowns this season. Additionally, Winnipeg allowed the second-fewest yards per attempt (7.8), tied BC for the fewest passing yards allowed per game (253.6) and have held opposing quarterbacks to a league-low 65 per cent completion percentage.

While they may not lead the CFL, their 16 forced interceptions were enough for the third most during the regular season. The Bombers have also proven their ability to impact a play even without forcing a turnover, the Winnipeg secondary finished the season with 61 pass break ups, second to only the Hamilton Tiger-Cats.