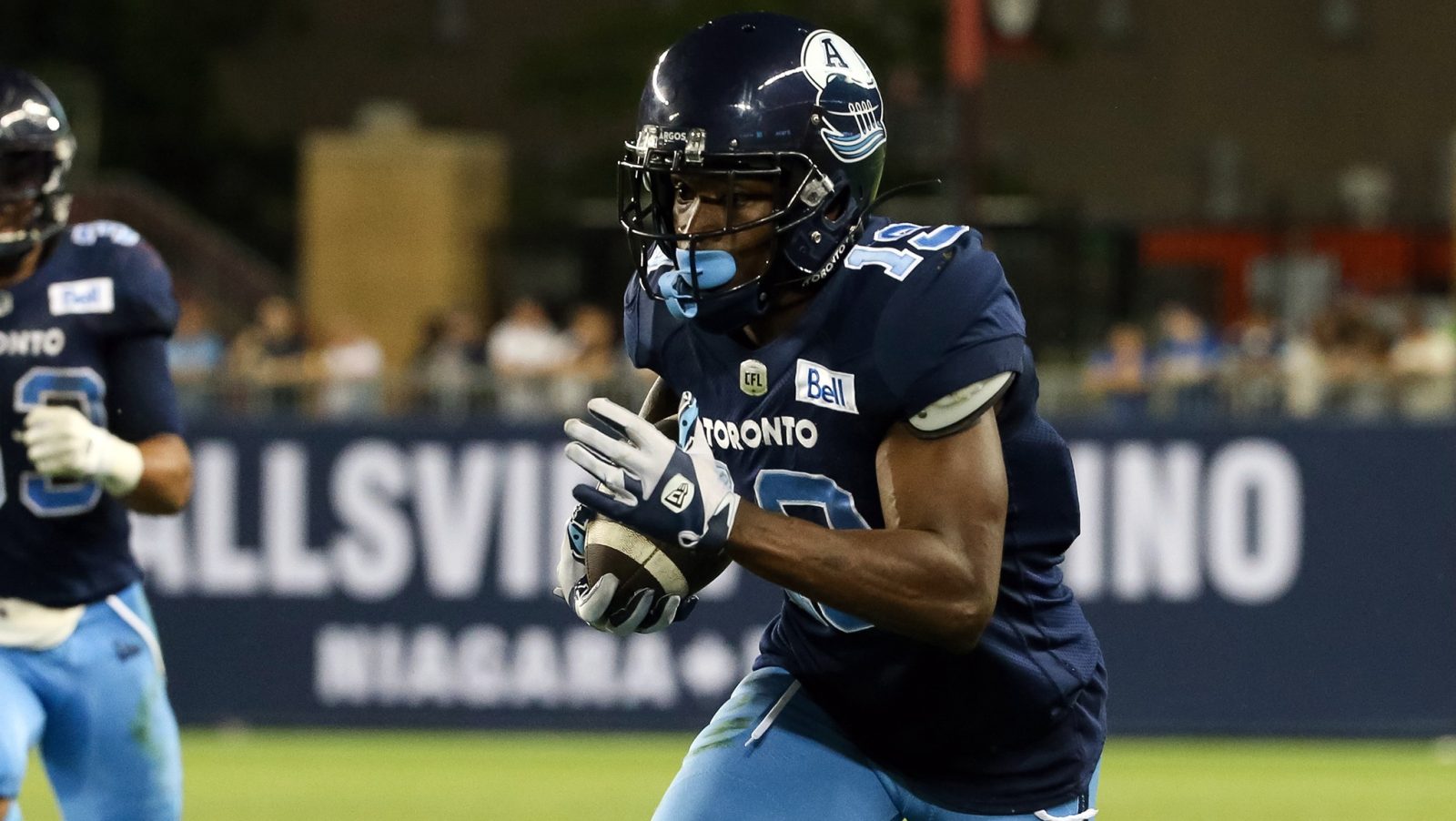 TORONTO — The Division Final matchups are here. Four teams remain, but only two spots are available in the 109th Grey Cup.

After soaring to victory in the Eastern Semi-Final, the Montreal Alouettes will travel to BMO Field as the Toronto Argonauts prepare to host the Eastern Final for a second consecutive season.

McLeod Bethel-Thompson and the Argonauts are hoping to avenge last season’s loss and advance to their first Grey Cup since 2017. His counterpart in Montreal quarterback Trevor Harris is seeking to lead the Als to their first appearance since 2010.

In the West, the BC Lions will make their way towards IG Field after Nathan Rourke helped his team down the Calgary Stampeders in the Western Semi-Final.

Rourke showed off plenty of talent and determination in his playoff debut. Approaching Sunday’s Western Final, Kid Canada and the Lions face a new challenge as they matchup with a Winnipeg Blue Bombers team that is looking for their third consecutive Grey Cup appearance.

With a trip to Regina on the line, let’s see who the CFL.ca writers are placing their confidence in. 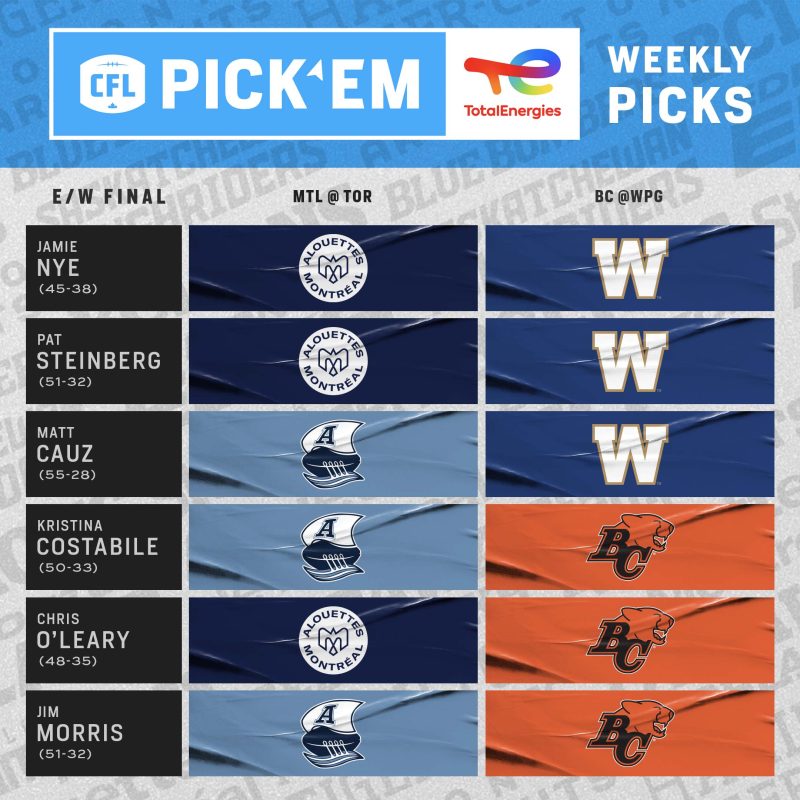