Campbell on Lions’ loss: ‘It’ll pay off in the future’ 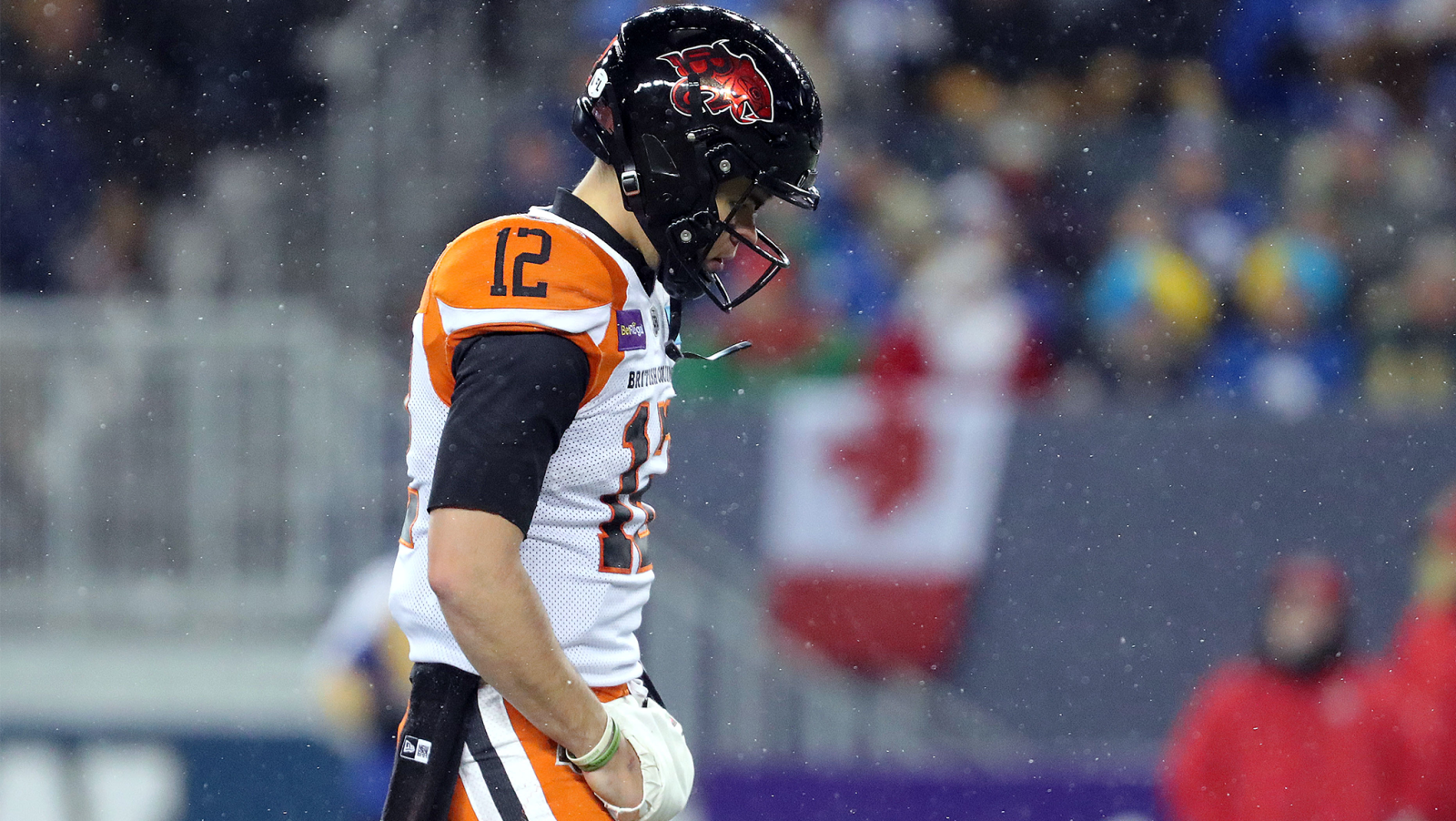 Campbell on Lions’ loss: ‘It’ll pay off in the future’

WINNIPEG — The Winnipeg Blue Bombers quieted the roar of the BC Lions in Sunday’s Western Final.

The Blue Bombers remained the top team in the West Division as they defeated the Lions 28-20 at IG Field to advance to the 109th Grey Cup.

“Sometimes it happens for you and sometimes it doesn’t,” said Lions’ quarterback Nathan Rourke post-game. “At this point I don’t exactly know why, but it clearly wasn’t out there and I didn’t show up the way I needed to.”

2022 CFL PLAYOFFS
» Through the Lens: Western Final
» Recap: Best in the West Bombers advance to the 109th Grey Cup
» Oliveira on Bombers Win: I want to bring another Grey Cup back to this city
» Boxscore: Bombers, Lions by the numbers

The Lions, who proved to be one of the most electrifying offences in the CFL through the 2022 season, seemingly lost their spark as they fell to the Blue Bombers. The Lions led for just a single possession on Sunday and struggled to generate what has been explosive offensive rhythm.

Rourke managed to throw for 300 yards and a touchdown in the game, but the Winnipeg defence forced an 0-5 start from him and held Rourke to a 54 per cent completion rate, while forcing two interceptions.

“We didn’t get off to the start that we wanted to,” said Rourke. “I didn’t think it was necessarily anything they were doing that was special. I thought that we were really kicking ourselves.

“We had some breaks early which was great, but it was just a little too late before we got into a rhythm. You can’t do that against a good team like that.”

The Blue Bombers also limited the game breaking ability of running back James Butler, holding him to just four yards on six carries and 10 yards of total offence.

Winnipeg, meanwhile, was able to generate a tremendous amount of success of the ground with Brady Oliveira, who had a game-high 130 rushing yards on 20 carries.

“He was running hard,” BC Lions’ head coach Rick Campbell said of Oliveira. “There guy was on a mission tonight, he was running hard. You’ve got to get multiple hats on that guy to stop him.”

Rourke said it was difficult to process his emotions immediately following the game, but noted he felt the worst for the veteran players in the BC locker room.

“What’s hard right now, what stings right now, is for people like Bryan Burnham,” said Rourke. “For people like our veterans on this team, the people I was playing for out there and we’re not going to get it done with a performance like that.”

The young Canadian quarterback battled through the adversity of the game and engineered a scoring drive late in the fourth quarter to pull his team within eight points. The BC defence would go on to earn the stop needed to give their offence the final possession of the game but Rourke couldn’t pull off the late-game heroics as the Lions fell short.

Rourke credited the fans at IG Field for their disruption and creating a difficult environment throughout the game, especially during the final drive of the game.

“It was difficult to communicate,” said Rourke. “I was having a hard time enunciating and being able to scream and yell. Credit to the Winnipeg fans, that’s why you go for a homegrown advantage, right? It makes it tough on the opposing team.”

Reflecting on the game, Campbell said that he feels the loss will ultimately serve as a future positive for his young pride of Lions.

“When you go through games like this and experiences like this, you can’t teach it,” said Campbell. “You can write a book about it, but it’s a lot different reading a book from actually living it. It’ll pay off in the future.”