Oliveira on the disappointment: ‘I hate this feeling’ 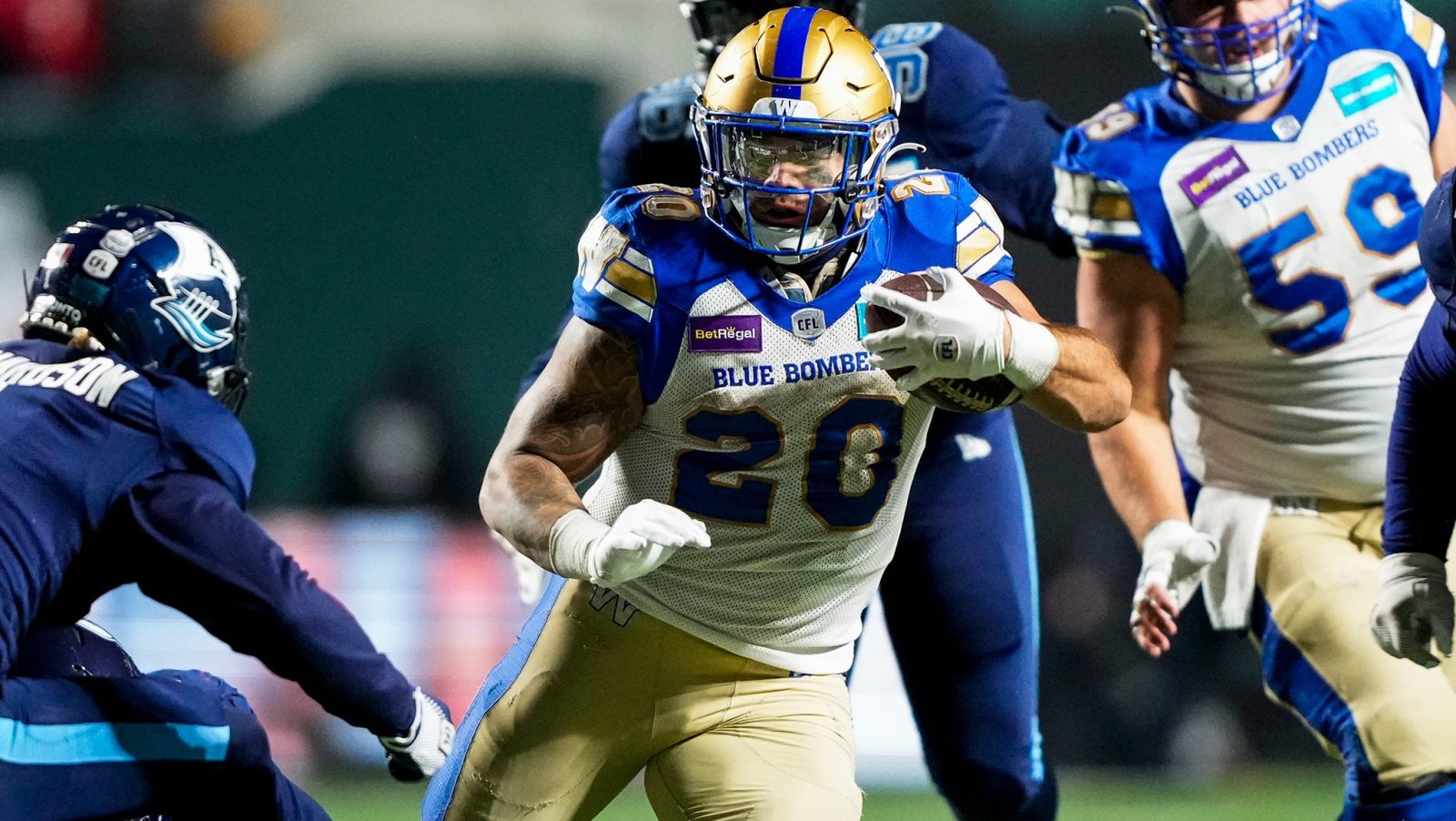 Oliveira on the disappointment: ‘I hate this feeling’

REGINA — Silently, with their heads down, the Winnipeg Blue Bombers walked off the field into their dressing room.

Few words were spoken. A team expecting to win a third consecutive Grey Cup struggled to find the words to explain a 24-23 loss to the Toronto Argonauts Sunday at Mosaic Stadium in Regina.

“It hurts,” said running back Brady Oliveira, tears welling in his eyes. “It hurts so badly just because we know how much work this group put in on a daily basis from the beginning of training camp until now.”

As Oliveira spoke, he used a towel to wipe his face.

“You’ve got to give Toronto credit,” he said. “They made one more play than us. It was a tight game, but it hurts.

“I really just wanted to win another Grey Cup for my city. I’m a proud Winnipegger. It didn’t happen today.”

Around the Bomber room players sat in silence. Many studied their cell phones. Some sat half dressed, looking dazed. Offensive tackle Stanley Bryant ran his fingers through his hair.

“Everyone is just soaking it in,” said Bryant, who earlier in the week was named the Most Outstanding offensive lineman for the fourth time in his career. “They made one more play than we did.

“We’ve just got to sit back and reflect on it all offseason. I’m pretty sure we all feel like we could have played better and done our job a little bit better.”

After finishing the regular season with a 15-3 record, the Bombers entered the game as the strong favourites against the Argos who were 11-7.

In the final, a Winnipeg offence that scored the second most points during the regular season struggled to maintain drives. A defence that allowed the least points couldn’t make the stops when they were most needed.

“There is really nothing to say,” he said. “They are all on their own, replaying the game in their own head, wondering what the hell happened.”

The Bombers were looking to write their names in the CFL history book as the first team in over 40 years to win three consecutive CFL championships.

The last team to manage a Grey Cup three-peat was Edmonton who won five consecutive titles between 1978 and 1982.

O’Shea said his team was concentrating on the present, not thinking about the past.

“We didn’t even look at the big picture,” he said. “This is the exact reason we didn’t. You get caught up in the records, it’s a distraction from what you need to do.”

Winnipeg linebacker Adam Bighill said the Argos didn’t do anything the Bomber defence hadn’t planned for.

“I’m not surprised they played a close game, a tough game,” he said. “Defensively we think we saw everything we expected. That’s football. That’s the way it goes.”

The Argo defence limited the Bombers to 286 yards of total offence. Quarterback Zach Collaros, selected as the CFL’s Most Outstanding Player for a second consecutive season, completed 14 of 23 passes for 183 yards and threw a pivotal interception late in the game. He also was sacked four times.

“They didn’t do anything out of the normal,” said Bryant. “We blocked how we were supposed to block. We did things like we schemed them up. They just made plays.”

The Bombers looked to have the game in control after Janarion Grant returned a punt 102 yards for a touchdown, setting a Grey Cup record and giving Winnipeg a 23-14 early in the fourth quarter.

Toronto chipped away with a Boris Bede field goal cutting the lead to 23-17. Running back A.J. Ouellette scored his second touchdown of the game with 3:55 left to give the Argos the lead.

“It always comes down to one or two plays,” said a subdued O’Shea. “They made the one at the end of the game.”

For a Winnipeg team that had won the last two Grey Cups, losing the final game of the season was a difference experience.

“We’re going to use this as a fuel for the fire,” said Oliveira, who finished with 15 carries for 82 yards. “I know personally I’m going to attack this offseason.

“I hate this feeling.”