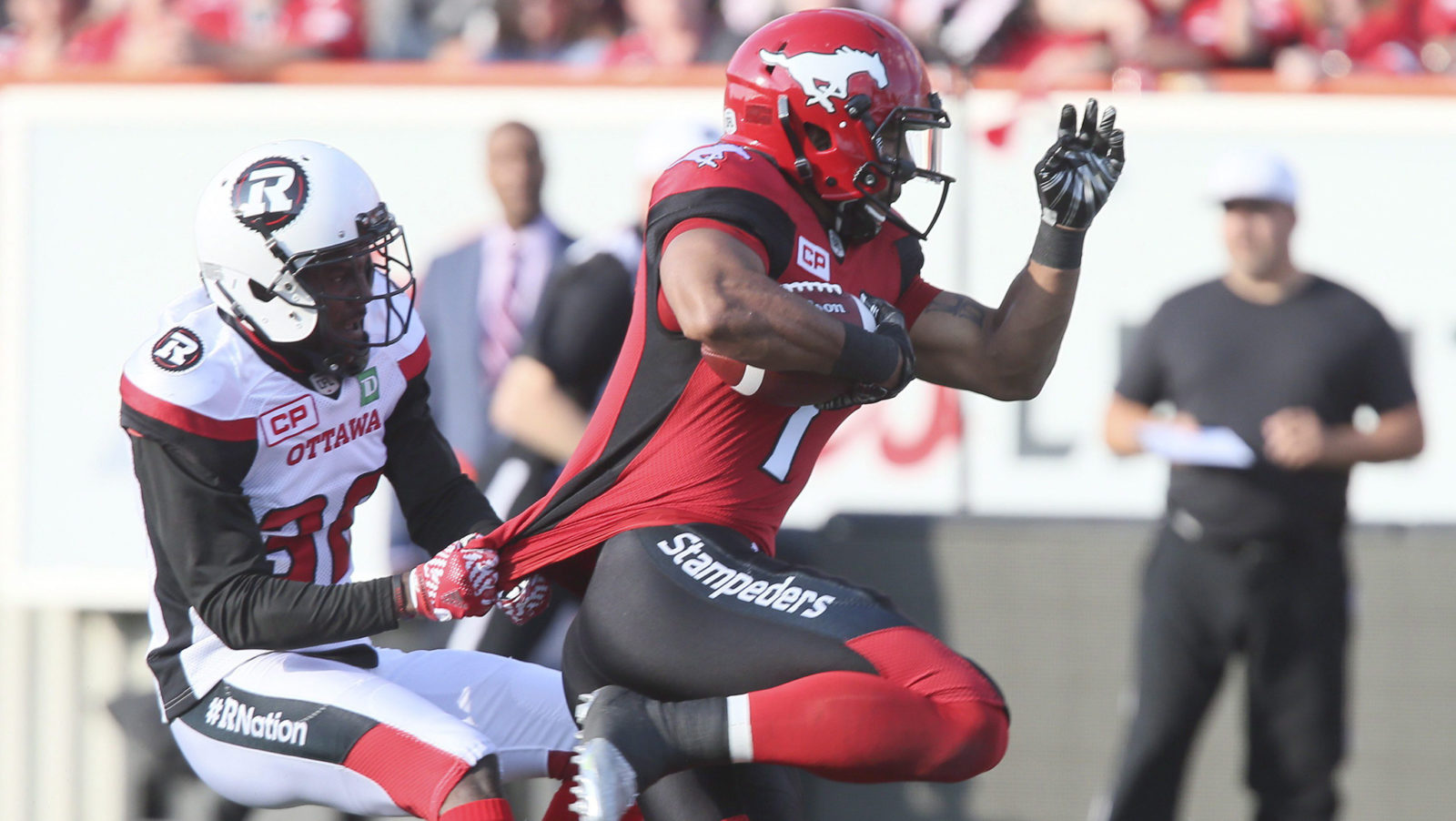 CALGARY — The Calgary Stampeders have signed national receiver Lemar Durant to a contract extension, the team has announced.

The 25-year-old Vancouver native was eligible to become a free agent in February.

Durant appeared in seven games for the Stamps in 2017, making 22 catches for 313 yards and two touchdowns. He suffered a knee injury in a Week 8 game against Toronto and missed the final 11 regular-season contests as well as the playoffs.

“It was a blow to the team when Lemar suffered his injury but we’re hopeful that he will be healthy and ready for the start of training camp,” said Calgary president and general manager John Hufnagel. “Lemar has made steady progress since joining the team three years ago and we’re counting on him to be an important part of our offence in 2018.”

Durant was the Stamps’ second-round selection in the 2015 draft. The Simon Fraser alum has 69 catches for 885 yards and six touchdowns in 34 career games for Calgary. He also has seven carries for 42 yards and 10 punt returns for 104 yards.

“I’m extremely happy to be staying in Calgary,” said Durant. “I love the city and I’m lucky to have such great teammates and great coaches here with the Stamps. It was frustrating to have my 2017 season cut short by injury but my rehab is going very well and I fully expect to be ready and better than ever for the new season.”