TORONTO — The Toronto Argonauts have agreed to a two-year contract extension with quarterback James Franklin, the team has announced.

The deal, which will keep Franklin in double blue through 2019, was originally reported by 3 Down Nation‘s Justin Dunk on Thursday morning, and confirmed by the team on Friday.

“James is an outstanding young man and a great leader,” said Argos general manager Jim Popp. “We welcome him to the mix of talented quarterbacks we have on our roster and look forward to watching him compete.” 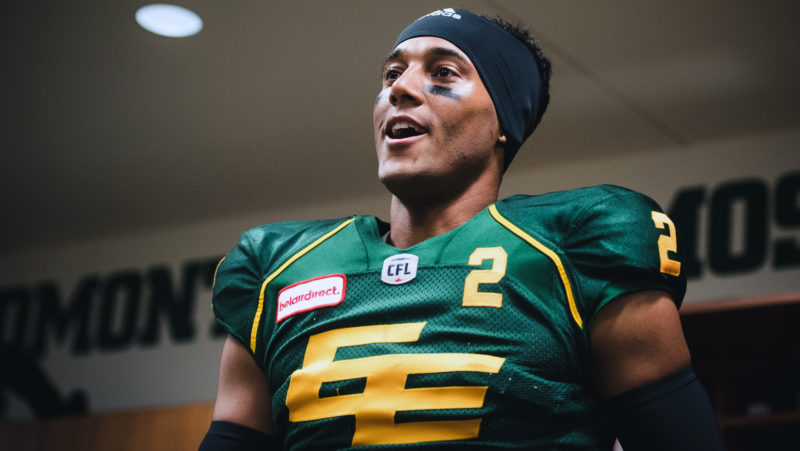 James Franklin is widely considered one of the top quarterback prospects in the CFL (Johany Jutras/CFL.ca)

The Argos acquired Franklin’s rights last month in a trade with the Eskimos, also adding a third round pick while sending 2017 second round draft pick and offensive lineman Mason Woods to Edmonton.

Then without a contract, Franklin was considered one of the top players pending free agency on Feb. 13.

“Completing the trade for James in December allowed us to negotiate with him exclusively,” said Popp. “When you trade for a player with an expiring contract, there is always an element of risk involved and that risk paid off.”

At 26, many believe Franklin to be a can’t-miss quarterback prospect. The Missouri product has thrown 12 touchdowns to just one interception over his three seasons in the league, throwing for 1,449 yards while making three career starts.

One of those starts was in the season finale in 2016 against the Argos, in which he threw for 334 yards and four touchdowns on 18-of-23 passing.

Franklin has spent the last couple of seasons biding his time behind 2017 Most Outstanding Player and starting quarterback Mike Reilly, earning some playing time in 2015 as a backup, including a start on Labour Day vs. the Stamps.

No word, yet, on the status of Argos Most Outstanding Player Ricky Ray. Ray is weighing the option to retire and is without a contract beyond Feb. 13 — although Argos GM Jim Popp has said Ray will start should he return.