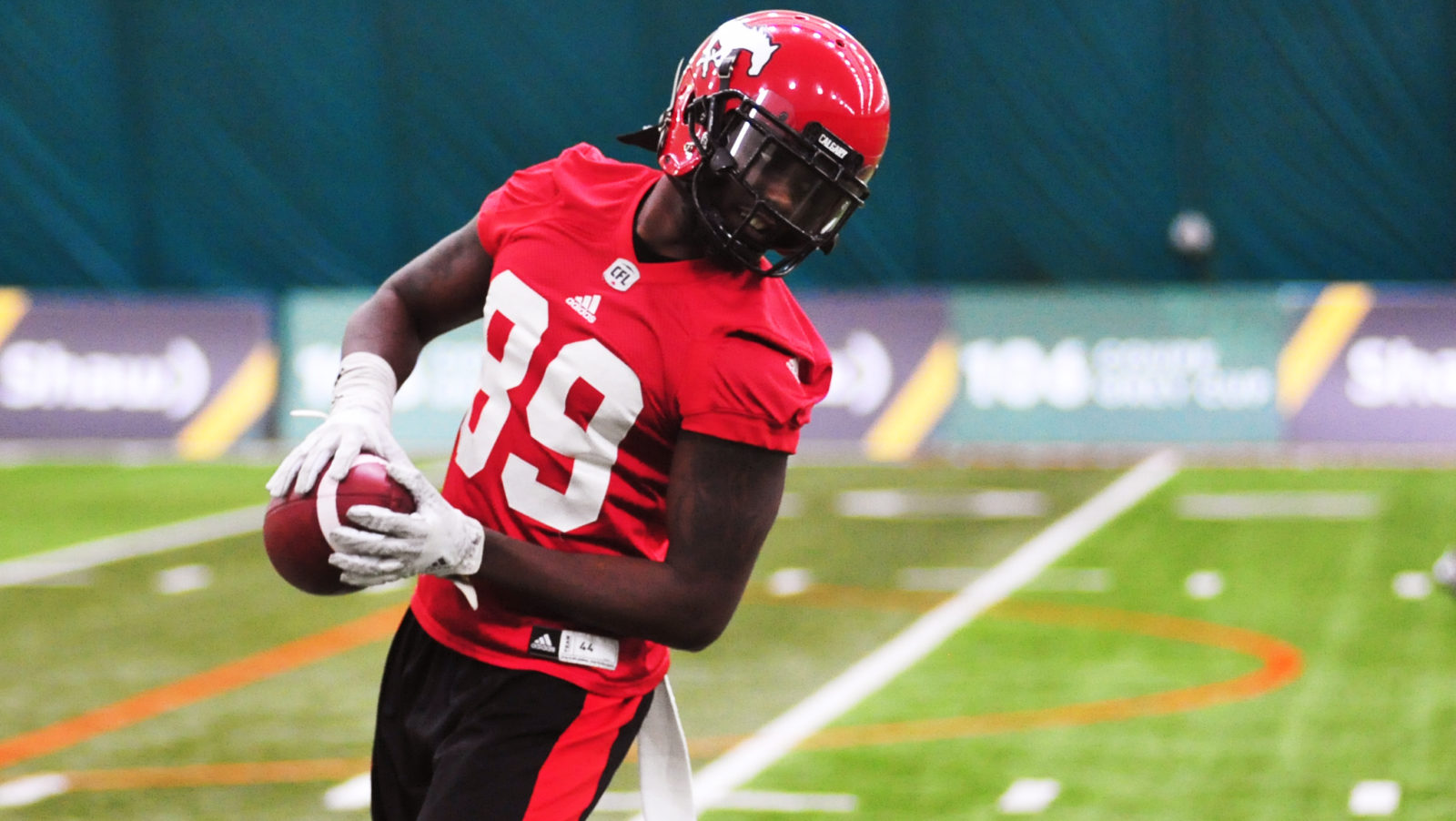 Watching the tears stream down his father’s face made  Calgary Stampeder wide receiver DaVaris Daniels realize how much he wants to win a championship.

Daniels’ father Phillip, who spent 15 seasons as an NFL lineman, is now a coach with the Philadelphia Eagles. Daniels was in Minnesota last year when the Eagles defeated the New England Patriots 41-33 to win Super Bowl LII.

“He never won it as a player,” Daniels said as the Stampeders prepared to play the Ottawa REDBLACKS in Sunday’s 106th Grey Cup presented by Shaw. “Just to see the celebration, the tears rolling from his eyes, the timelessness of the moment.

“It’s something I want really bad. That’s what I’m striving to do, get a ring of my own and try to add to the collection.”

» Head to Head: Who has the edge in the Grey Cup?
» Road to the Grey Cup: Calgary Stampeders
» Mitchell: “We were Grey Cup champs last year, except for 3 plays
» Morris: Stamps bringing the swagger along with them

Whether Daniels will play this weekend against Ottawa remains a mystery.

In 12 games with the Stampeders this year Daniels had 50 catches for 747 yards and seven touchdowns. He suffered a broken collar bone in a Sept. 15 game against Hamilton and missed the rest of the season.

There was speculation Daniels would dress for last weekend’s WesternFinal against the Winnipeg Blue Bombers, but head coach Dave Dickenson made the decision to rest him another week.

In practice this week Daniels looked fit and strong. He ran with ease, tossed the football and made some catches.

“I haven’t heard anything yet,” the 25-year-old from Vernon Hills, Ill., said when asked about his status for Sunday.

“I know Dave is playing it by how we practice this week. I think the best guys will end up playing the game. I’ve just got to go out here and show it.”

Dickenson won’t show his hand until closer to Sunday but said Daniels “is healthy” and brings another dimension to a Calgary receiving corps that has been decimated with injuries.

“He’s a reliable guy,” said Dickenson. “He’s a route runner. He’s smart, physical. He makes big plays, all the things you like to see in your receiving corps.”

“You never want to be in a position where you have no control over what is going on in a game,” said the 2016 CFL most outstanding rookie. “It’s hard to sit back in an intensive game like that, an important game like that, and just watch.

“It’s something you have to deal with like a man and understand there is a bigger goal at hand. You just kind of . . . trust the coaches, trust the process and let it all play out.”

At six-foot-one and 203 pounds Daniels makes a big target on the field. Six of his catches this year were for 20 yards or more. He’s also dangerous with the ball, picking up 295 yards after the catch.

“DaVaris would be big, (he) makes the offence scary,” said Mitchell. “I believe he needs to be in the lineup personally.

“I think he’s made more big plays than damn near any receiver in the playoffs the last couple of years. He’s a guy I would love to see on the roster, but I don’t make those decisions.”

“He’s a sure-handed receiver,” said Hebert. “He adds another dimension and makes them more of a threat. We have to respect and know where he is.”

Daniels had five catches for 91 yards when the Stampeders beat the REDBLACKS 24-14 on June 28.

Seeing his father celebrate a championship also reminded Daniels of his frustrations in big games.

Daniels played for Notre Dame in 2013 when the Irish lost the NCAA national championship to Alabama. He was part of the Stampeder teams that lost the 2016 Grey Cup 39-33 in overtime to Ottawa and were beaten 27-24 by Toronto last year.

Even in the losses, Daniels has shown he doesn’t wilt under the bight lights.

He had six catches for 115 yards for Notre Dame in the national championship.

In his two Grey Cup appearances with Calgary he’s had 18 catches for 202 yards and a two-point convert. In the 2016 loss to Ottawa, he had two carries for 33 yards and a touchdown. 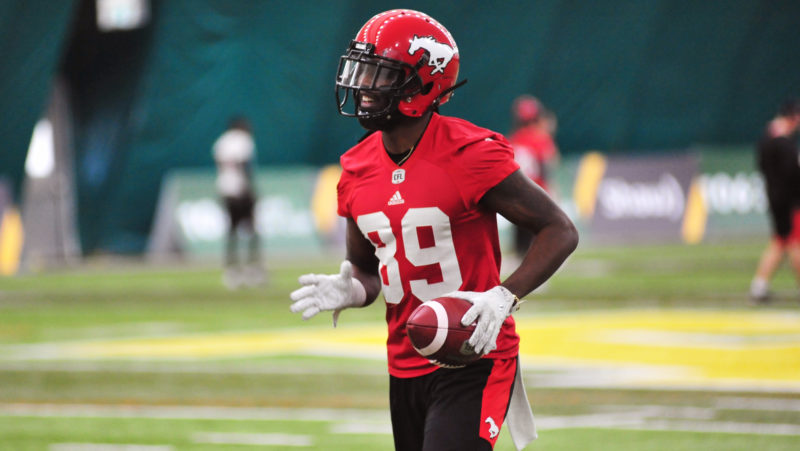 Daniels participated in practice on Wednesday and his status is still unknown if he will play on Sunday (Walter Tychnowicz/CFL.ca)

“Everybody has to control their emotions and come out and play likes it’s a regular game, stay true to your job and get the job done.”

Having gone 0-3 in championship games gives Daniels a little more incentive this year.

“This will be my fourth championship game,” he said. “I haven’t won one, that’s even more motivation.