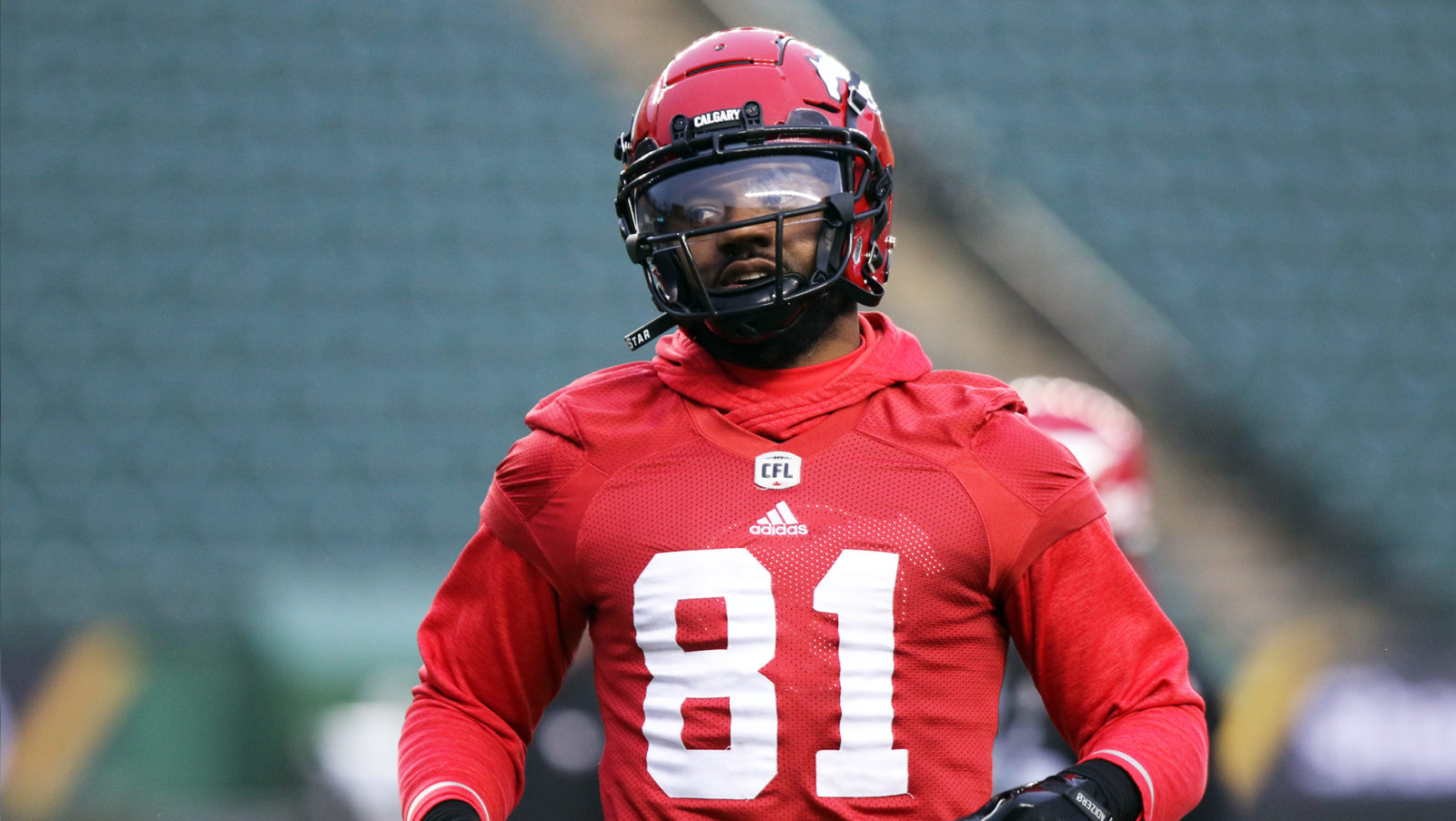 When the Calgary Stampeders were bleeding receivers Chris Matthews supplied the bandage they needed.

With his receiving corps decimated by injuries, head coach Dave Dickenson made a shopping list.

“I felt we needed guys that had CFL experience, knew the rules, knew the game,” said Dickenson. “We were going to plug and play.”
Matthews checked those boxes. The former CFL rookie of the year had been out of football for almost a year after being released by the NFL Baltimore Ravens.

“I was ready to work,” said the big wide receiver with the soft hands. “I told my agent I wanted to go somewhere that I can win. The first name that popped up was Calgary.”

Matthews signed with the Stampeders in early October. In five games he’s made 15 catches for 291 yards and a touchdown.

“It feels real good,” said Matthews. “I’ve always told people I’ve had the most fun playing football in the CFL.”

» Stamps’ ‘silent beast’ not looking for personal accolades
» Berg vs. Ferg Are the Stamps one win away from a dynasty?
» Fuel to the Fire: Daniels finding extra motivation for first championship

Dickenson said Matthews stepping into the lineup when he did is one of the reasons the Stampeders advanced to Sunday’s 106th Grey Cup presented by Shaw, where they will face the Ottawa REDBLACKS.

“He was certainly a guy we needed to get to where we are at,” he said.

Having spent two seasons playing for the Winnipeg Blue Bombers, Matthews’ decision to join Calgary earned him some shade on social media.

“I definitely was getting a little backlash on Twitter and stuff about not going back to the Bombers,” said the 29-year-old native of Long Beach, Calif. “Us athletes are always trying to win. Not to say Winnipeg doesn’t win but right now the proof is in the pudding. Calgary has put in the work to do on to the Grey Cup.”

At six-foot-five and 228 pounds, Matthews helped fill some gaps.

“He’s a big guy and I like throwing to big targets,” said quarterback Bo Levi Mitchell, who was named the CFL’s Most Outstanding Player for the second time in his career. “You can put a ball damn near anywhere, he’ll get it because of his wing span.”

It took receiver and quarterback a couple of games to get themselves on the same page. It helped that Matthews’ locker was beside Mitchell.

“We had more time than you usually would with your quarterback to acclimate with, link up together,” said Matthews. “We didn’t jell the first game or two, just not fully understanding each other.

“As time went on, things got better for us. Hopefully it’s going to bloom into an even bigger relationship after this Grey Cup. A whole season (together) would be pretty nasty.”

In his first two games Matthews had just four catches for 72 yards. His breakout came against his old Bomber teammates when he had five catches for 113 yards.

“When he came in, he’s extremely competitive, almost to a fault,” said Dickenson. “He gets himself frustrated at times.

Matthews’ career has been filled with peaks and valleys.

He played two years of college football with the University of Kentucky. After not being taken in the 2011 NFL he signed with the Cleveland Browns. One of the Browns’ final cuts, Matthews spent a season playing for the Iowa Barnstormers of the Arena Football League.
Matthews joined the Bombers in 2012. He was named rookie of the year after making 81 catches for 1,192 yards and seven touchdowns.

Hobbled by a serious turf toe, he was limited to just five games in 2013 and had just 14 catches for 138 yards.

After being released by the Bombers Matthews returned home to work at the security firm owned by his father, a Los Angeles police officer.
Matthews was contacted by the Seattle Seahawks late in the 2014 season. His life took on the plot of a Hollywood movie the next year when he recovered an onside kick against the Green Bay Packers in the NFC Championship Game. In Super Bowl XLIX against the New England Patriots he caught four passes for 109 yards and a touchdown. 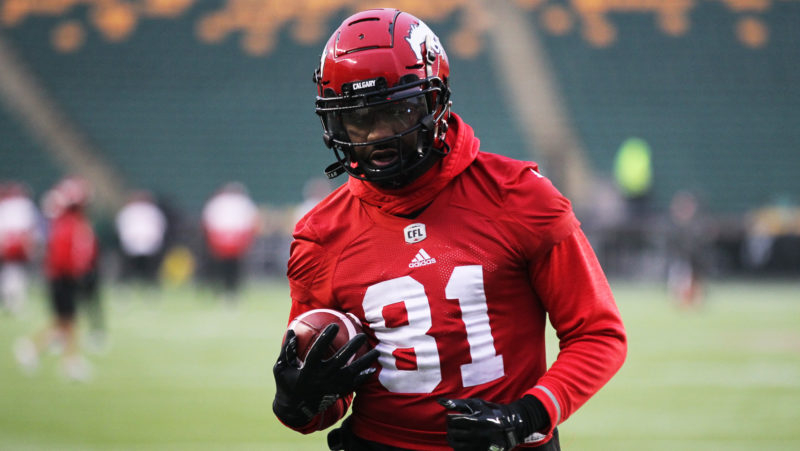 Chris Matthews will look to have a major impact for the Stampeders on Sunday (Dave Chidley/CFL.ca)

At the time it was reported Matthews was working at a Foot Locker when the Seahawks reached out to him. Truth was, he was still working for his father but had applied at several shoe stores, including Foot Locker, for a job.

Matthews wasn’t going to let the truth get in the way of a good story.

“I didn’t know what they were talking about, but I was going with it,” he said.

That Super Bowl is remembered for the Seahawks driving to the one-yard line. Head coach Pete Carroll decided to throw a pass that was intercepted by cornerback Malcolm Butler to give New England a 28-24 victory.

“I tell people all the time, if we had caught the ball and scored, Peter Carroll would have been considered a genius,” said Matthews. “It didn’t happen that way. You have to roll with the punches.”

After coming close to winning a Super Bowl Matthews is thrilled for another chance to win a championship.

“It’s definitely important,” he said. “I don’t have a championship. I was 13 the last time I won a championship and that was in basketball.

“I need one. My (10-month-old) daughter is growing up. When she gets older, I need to tell her your daddy was a champion too.”