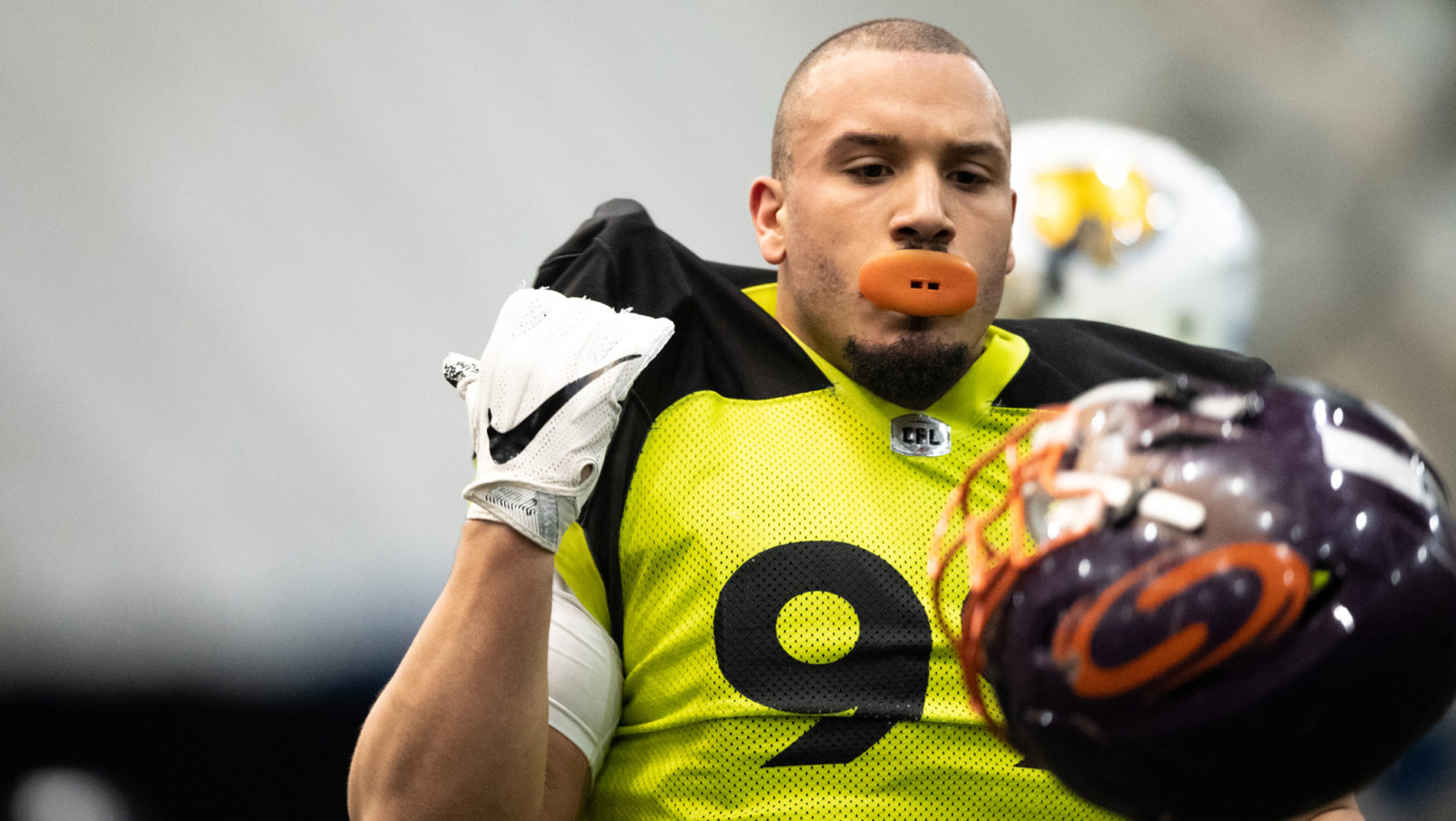 TORONTO — German prospect Marc Anthony Hor picked up a football at a young age and never wanted to put it down.

His love affair with the game started in 2007, when he played flag football, before making the switch to tackle in 2008 and now he plays in the German Football League.

Hor was one of 18 global players to participate in this year’s CFL Combine presented by New Era. The six-foot-one, 286-pound defensive lineman put up 28 reps on the bench press, the best of all global participants. He also ran a 5.52-second 40-yard dash, jumped 21.5 inches in the vertical jump and 8’0.20″ in the broad. He also finished the 3-cone drill in 8.19 seconds and the shuttle in 4.94.

He then put his skills on display for scouts and general managers in the individual drills and the one-on-one sessions, hoping to catch the attention of one of the nine teams.

“To get the shot to come to a combine, it’s a great opportunity,” Hor said. “Especially for German players to come here overseas and get the shot to do this is very, very special. (It’s) an amazing opportunity to get the chance to show what I can do and show younger players (they can) develop and see what they are capable of doing to give them a chance in the future.”

Participating in the CFL Combine was one step closer to Hor’s ultimate dream of suiting up for a team in the Canadian Football League.