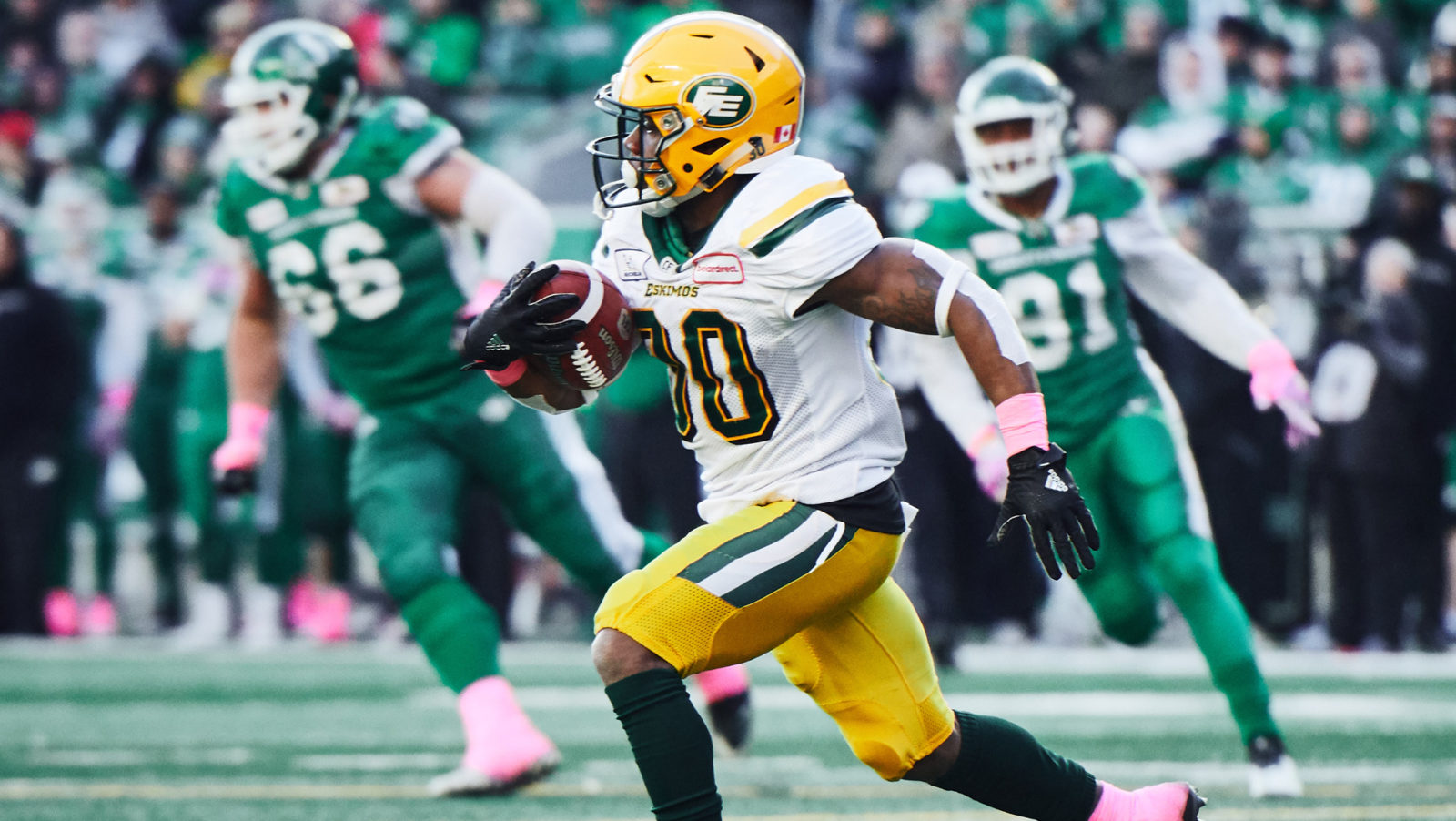 EDMONTON — The Edmonton Eskimos announced the team has signed international running back Martese Jackson in a series of transactions released on Monday.

Jackson played in six games with the Esks last season, rushing three times for 25 yards and a touchdown and hauling in seven passes for 68 yards. The 26-year-old was also used on special teams, returning 25 punts for 184 yards, 23 kickoffs for 382 yards and three missed field goals for 98 yards.

Before being traded to Edmonton, Jackson spent 2017 and part of the 2018 season with the Toronto Argonauts.

Brooks, who signed with the Eskimos this off-season a free agent, appeared in 54 games over four seasons (2015-18), recording 98 defensive tackles, two special teams tackles, five quarterback sacks, one interception and one forced fumble.

The 27-year-old signed with the Saskatchewan Roughriders last season after being released by the BC Lions, recording 15 defensive tackles in 11 games in 2018. In three seasons with the Lions, Brooks recorded 83 tackles and five sacks in 43 games after entering the league in 2015.