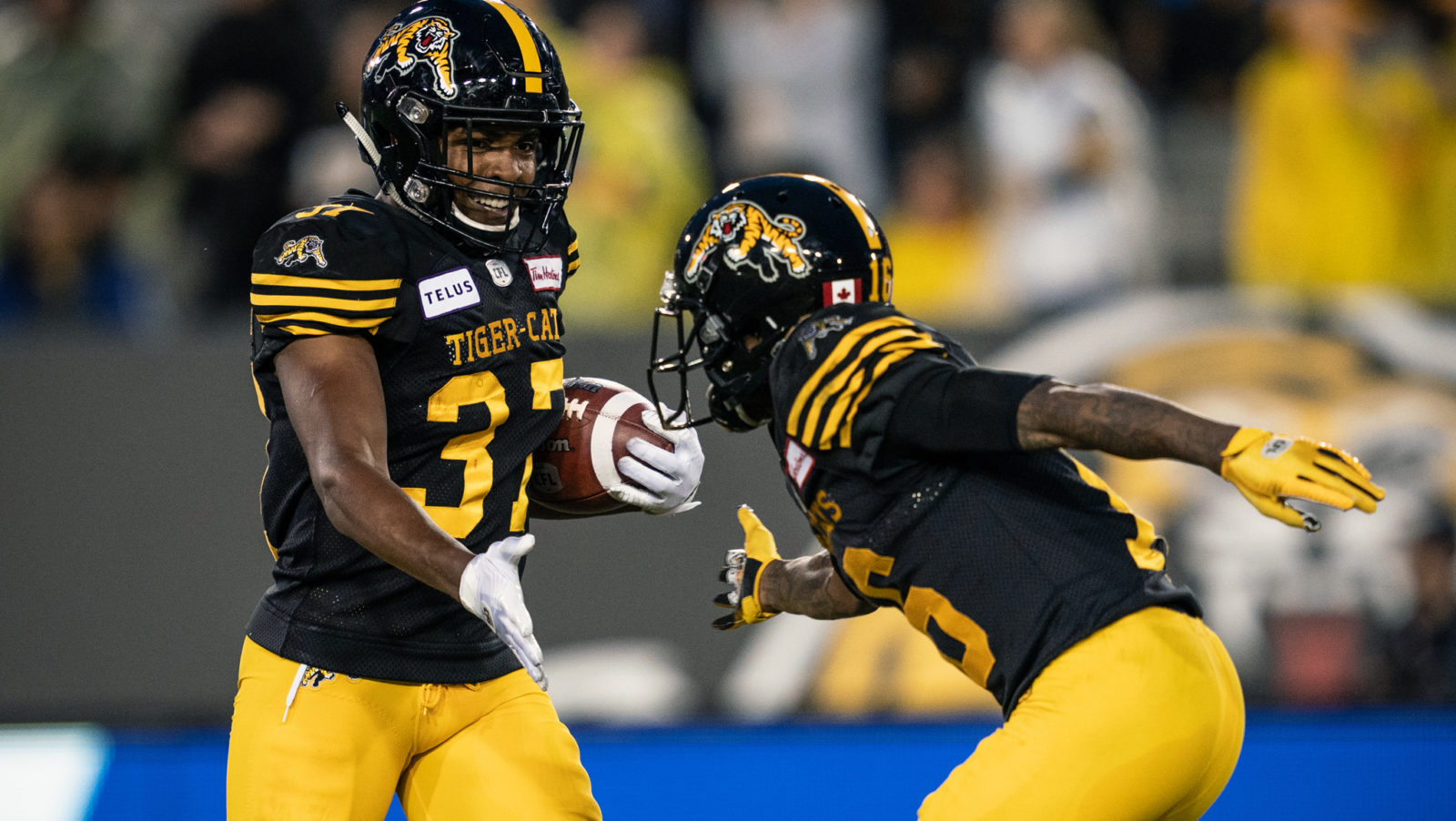 TORONTO — Can anyone stop the Hamilton Tiger-Cats?

The wins are piling up and so are points, as the Ticats open the season 3-0 while backing up the hype of a pre-season East Division favourite.

The offence continues to put up big numbers, totaling 1,130 yards over the last two games while outscoring opponents 105-24, but the defence has been equally impressive, leading the CFL in sacks (12), interceptions (5) and average yards per play (7.1).

Does the CFL East finally have its powerhouse? More in the Nissan Titan Power Rankings:

The Bombers’ offence is exciting to watch. We already know about Andrew Harris and Darvin Adams, but Chris Matthews is a matchup nightmare, Nic Demski is versatile and Lucky Whitehead is a threat to score every time he touches the ball. Winnipeg fans have every reason to believe in this team.

The Eskimos took too many penalties (15 for 139 yards) and couldn’t finish drives (seven Sean Whyte field goals), but everything still clicked despite a 28-21 loss to Winnipeg. In a battle of the CFL’s top teams, the Esks doubled the Bombers in first downs (29-14) and racked up 440 yards and more than 36 minutes of possession.

The scariest part about the Ticats’ 3-0 start is that Jeremiah Masoli has yet to play his best football. Brandon Banks is electric. Sean Thomas-Erlington isn’t just a ratio-breaker, he’s one of the best running backs in the CFL. On defence, Dylan Wynn has bolstered a defensive line that now leads the CFL in sacks (12). There’s a lot to like in Hamilton.

Two minutes, two touchdowns and an onside kick were all the Stamps needed to engineer one of the great comebacks in recent memory. Still, there’s cause for concern, especially if Bo Levi Mitchell is sidelined for any period of time. Calgary was outplayed almost all game, managing just 23 minutes of possession and giving up 34 first downs on defence.

Which Dominique Davis will show up in Week 4? The 29-year-old is coming off an incredible performance before the bye week, throwing for 354 yards and three touchdowns. No one’s completely sold after just two games, but everyone’s paying attention as the REDBLACKS attempt to rewrite the script with a new-look roster.

It took several hours on a stormy, weather-delayed night in Regina, but Craig Dickenson finally found the win column in an impressive all-around win over the Argos. The defence got a much-needed bounce back, but fans are most excited about Cody Fajardo, who’s thrown for 790 yards and averaged 12.2 yards per attempt in two starts.

Last-minute meltdown aside, Saturday was a positive step for the Lions. Mike Reilly looked like Mike Reilly again, completing 36 of his 42 passes (86%) for 354 yards and two touchdowns, and the running game was also a lot more involved. The arrow is pointing up as the Lions seek their first win of the season in Toronto.

There were signs of a spark for the Alouettes in Week 3 vs. the Ticats but they just couldn’t start the fire in a 41-10 loss. It’s not all bad though. Vernon Adams Jr. looks like he’s worth investing time in while B.J. Cunningham and William Stanback continue to be exciting options on offence. Can Bob Slowik’s defence learn on the fly?

It may have been Canada Day but the Riders were not friendly hosts to the visiting Argos, who punted nine times and managed just 19 first downs in a 32-7 loss to Saskatchewan. Outscored 96-21 over the first two games, Corey Chamblin faces some difficult questions before Week 4, including behind centre with the struggling James Franklin.