O’Connor to take snaps for Argos against REDBLACKS 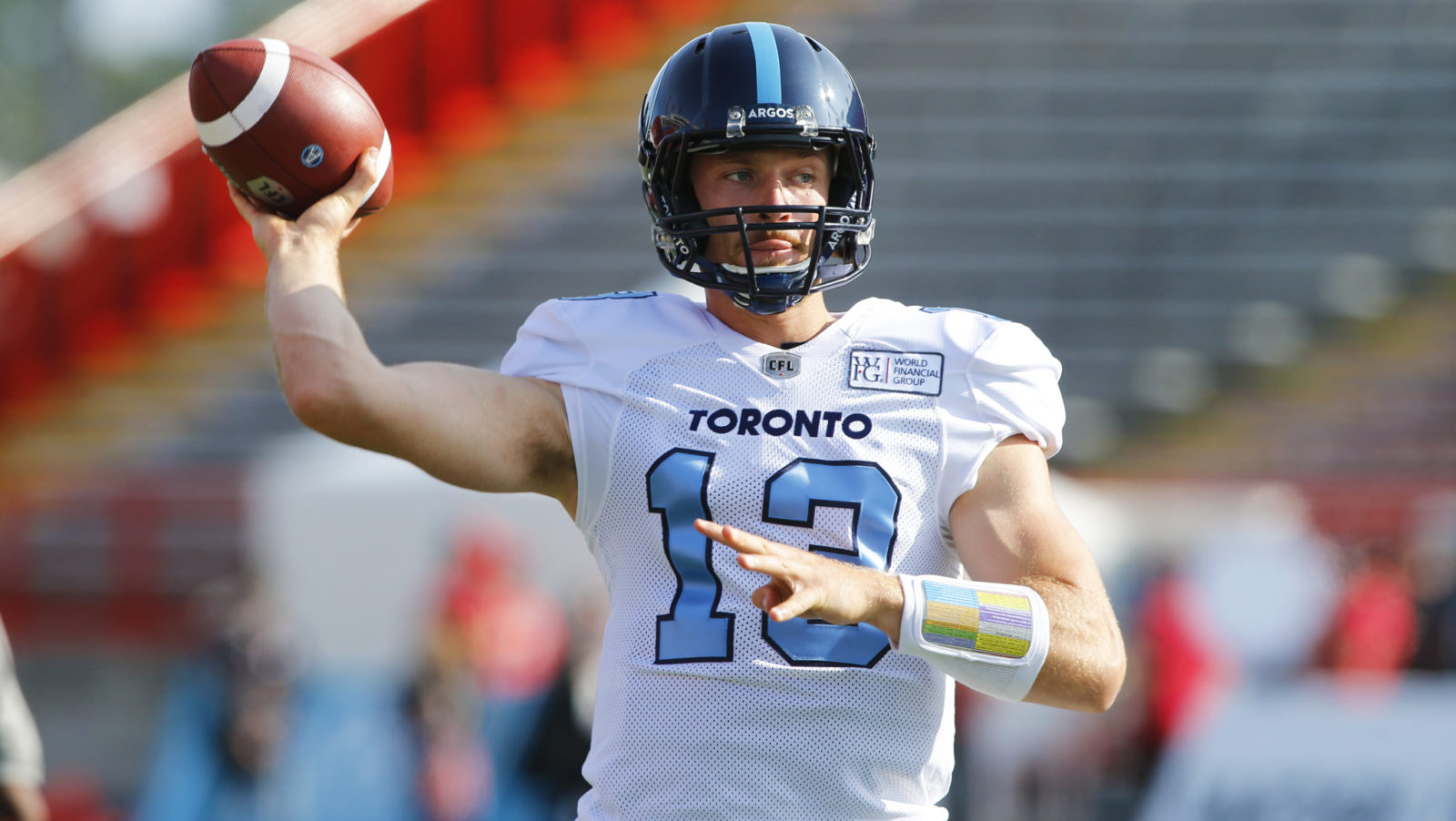 O’Connor to take snaps for Argos against REDBLACKS

TORONTO — The Toronto Argonauts will have a slightly different look under centre when they take on the Ottawa REDBLACKS.

“I think we’ll have a little plan there to try and see him,” Argonauts head coach Corey Chamblin told Argonauts.ca following practice on Wednesday. “Whether he closes the game out or its late third or fourth (quarter) or something like that, we definitely want to see him. The biggest thing is to get him those reps and get him evaluated.”

The 6-foot-4, 230-pound pivot attended IMG Academy in Florida during his high school career before heading back out west to play for the University of British Columbia.

In his four years with the Thunderbirds, O’Connor totalled 13,883 passing yards and 87 touchdown passes to go with 669 rushing yards and another five scores on the ground.

O’Connor has dressed for seven games this season but has not recorded any stats to date. He was the Argos’ third-string quarterback in the team’s Week 19 game against the Montreal Alouettes.

“Not many have been fortunate enough to play in the Canadian game for four years in college and earlier in life as well,” O’Connor said. “So I think I bring a certain knowledge that certain rookie quarterbacks probably don’t have at this time in their career.

“I’ll look to use that to my advantage and make sure that I’m smart with the football and just do my job, go through the reads, and just execute the offence the way coach Jacques (Chapdelaine) wants it to be executed.”

First-string snaps have been split between McLeod Bethel-Thompson and James Franklin in 2019.

Bethel-Thompson is the presumed starter for the Argos on Saturday. In 15 games this season, the 31-year-old has tossed for 3,826 yards and 24 touchdowns while completing 67 percent of his passes on the year.

The Argos will welcome the Ottawa REDBLACKS to BMO Field for their third and final matchup of the 2019 regular season. The two Ontario foes will kick-off at 4:00 p.m. ET.