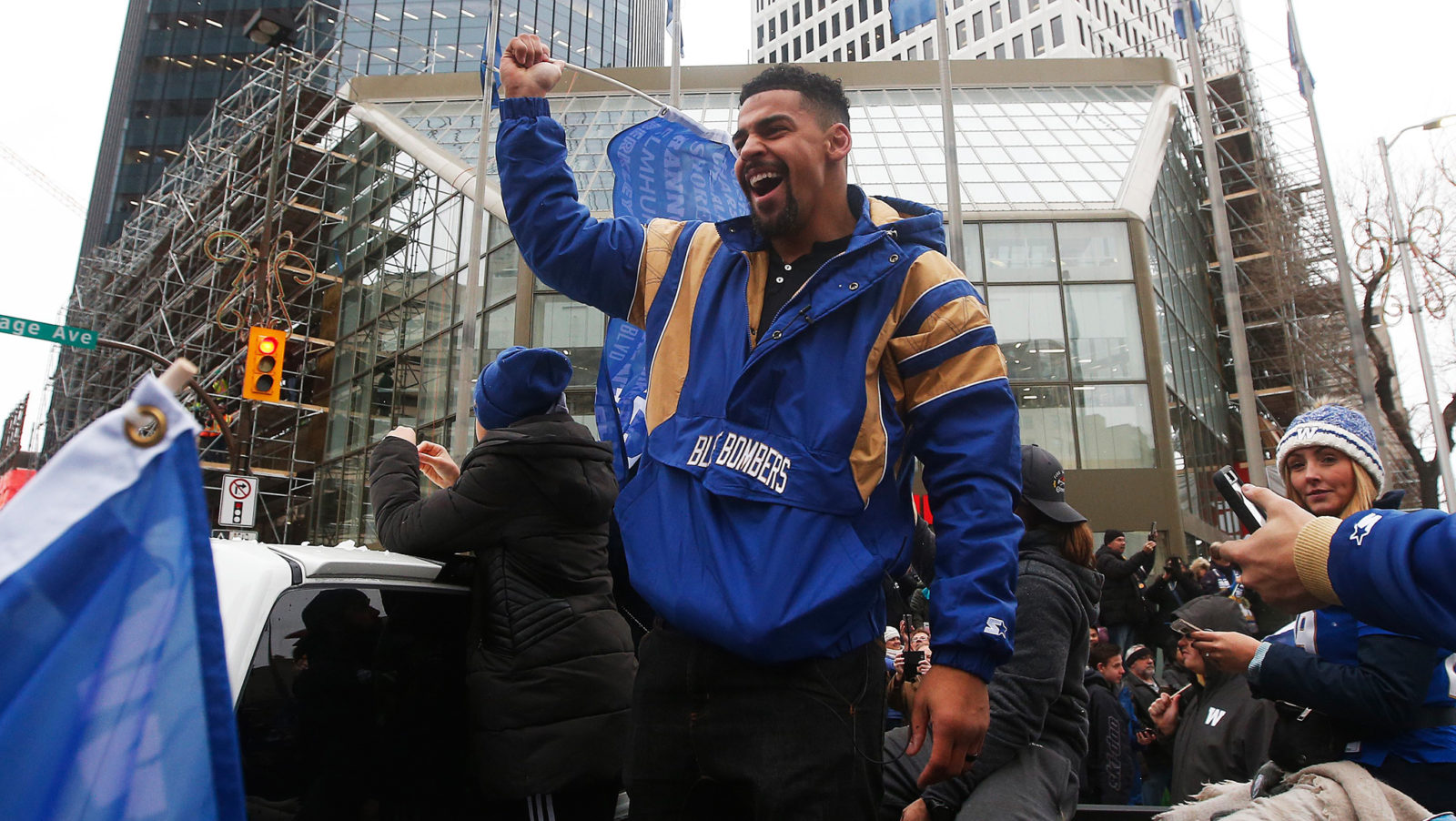 If there is a word that might perfectly personify the 2019 Winnipeg Blue Bombers through all the highs, the lows, the nightmares and then the epic finish in the 107th Grey Cup, it would be ‘resilient.’

And if there is a face that perfectly personified the road travelled here and the ending of a 28-year drought that hung over the franchise like a gi-normous black cloud, it belongs to Andrew Harris.

Even before the Bombers defeated the Hamilton Tiger-Cats en route to their first championship since 1990 it was Harris and Jermarcus Hardrick leading the team out of the locker room while waving giant Bombers ‘W’ flags.

He was emotional in hyping up the crowd and dancing on the sidelines like a prize fighter itching for the opening bell to ring. When the ball was put on the tee and the game was underway, well, Harris was an absolute force in rushing for 134 yards on just 18 carries and a touchdown while pulling in five catches for 35 yards and another score.

In the process he did what no other player had accomplished in the 106 previous Grey Cups by being named the MVP and the Most Outstanding Canadian.

“I felt a feeling in warm-up today and I went up to my O-line like I always do… some games you can just tell it’s going to be a good one,” said Harris. “After the first run, second run, third run… we had one run where guys went the wrong way, but other than that we had our way in the run game.

“When I’m on, the O-line is on and the receivers are making their blocks great things are going to happen.”

Maybe it was only fitting that in a season which has given Harris so much pain during, and certainly after, his two-game suspension for use of a banned substance would end in such a joyful moment.

He faced an onslaught of negativity, ranging from other players in the league – including those who left him off the CFLPA All-Star team –as well as from a flood of media attention that came in waves, including just this weekend when a Toronto columnist wrote that he should have been banned from playing in the Grey Cup.

But, as he always does, Harris turned that anger into fuel and then blowtorched the Ticats.

“There’s been a lot of negative attention about everything that’s gone on,” said Harris about making history as a double-award winner in the Grey Cup. “For me to accomplish that… that’s for everyone that wrote an article or said something on Twitter or said something to anyone.

“I just wanted to come out here and play my best game. I was able to do that today. I’m just proud of my teammates for supporting me and my friends and family. This is a big game for me and I was able to play my best.”

Harris, it should be noted, has now played in two Grey Cups and has two championships and three awards to his credit, after winning with the BC Lions in 2011 and being named the top Canadian in that game.

But bringing a title back to his hometown? That tops everything.

“It’s crazy. This city is very, very passionate about our team,” said Harris. “They’ve been hungry and thirsty for this win and this trophy. I just did an interview with Bob Irving of CJOB and said Portage and Main is already shut down. Hopefully they can keep it shut down until we can get back and we can go enjoy it with them.

“It’s indescribable and a dream come true and to be able to accomplish that is surreal.”

An incredible side story to this is the work of another Winnipegger – and another Oak Park High School product – in Nic Demski, who continued his spectacular playoff run with one carry for 22 yards and four catches for another 45 yards.

Celebrating in end zone with a high school buddy, they broke into a ‘Who we be? OP!’ chant that is Oak Park’s rallying cry. 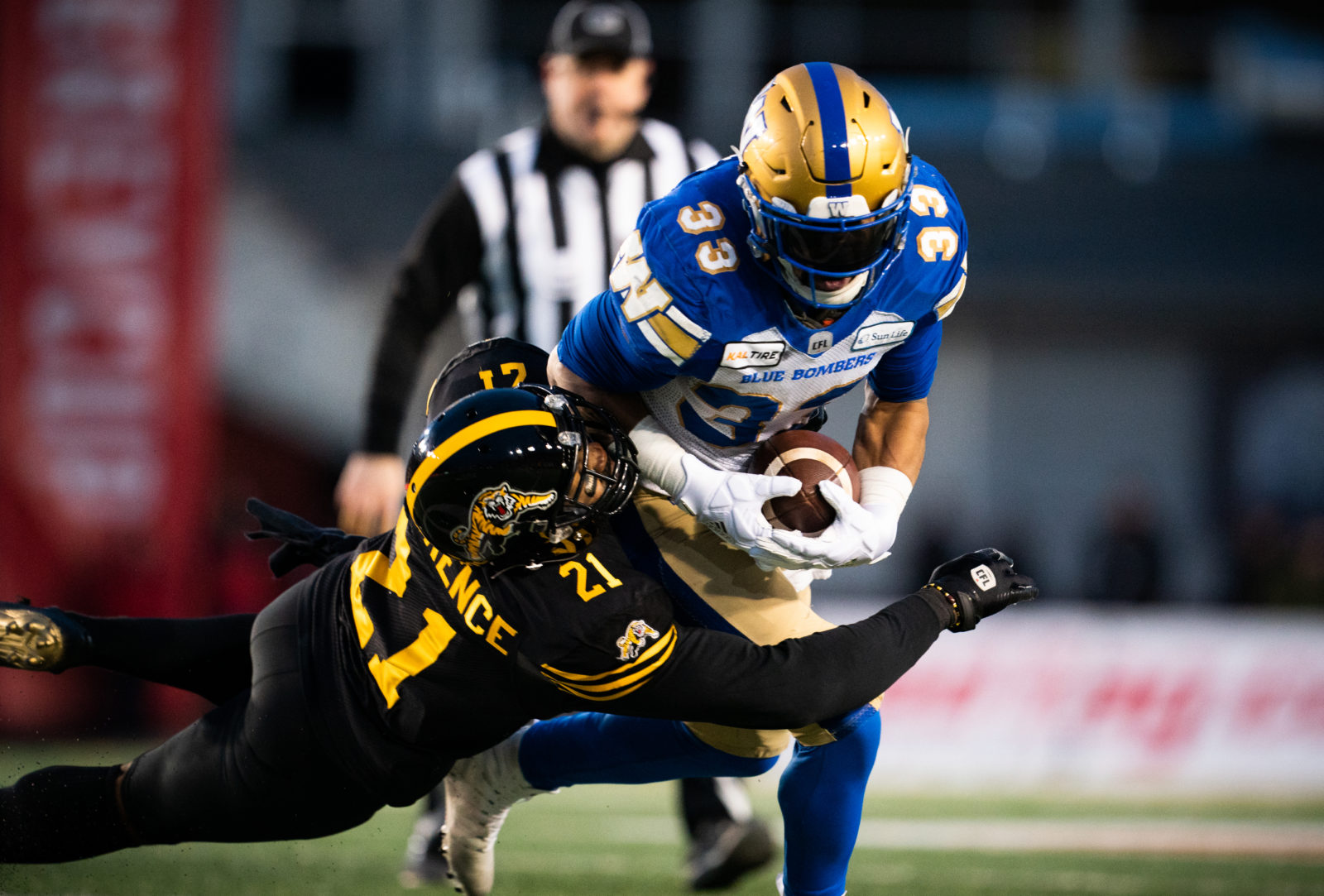 “This feels amazing. To be from here, to hear about the drought and see such a talented group of guys in this locker room just motivated me more to play my heart out for these guys.”

There was also Thomas Miles, the proud product of Churchill High School and, like Demski and Geoff Gray (who did not dress), an alumnus of the University of Manitoba. Also on the roster, but injured, was running back Brady Oliveira, another Oak Park alumn.

“My tears are already all spent,” said Miles. “I cried for 10 minutes after that game and I’ve got none left.

“It’s funny, because every time you see a player interviewed after a championship they say they say it’s indescribable. That is truly  the only word for it. But I will say it’s amazing.