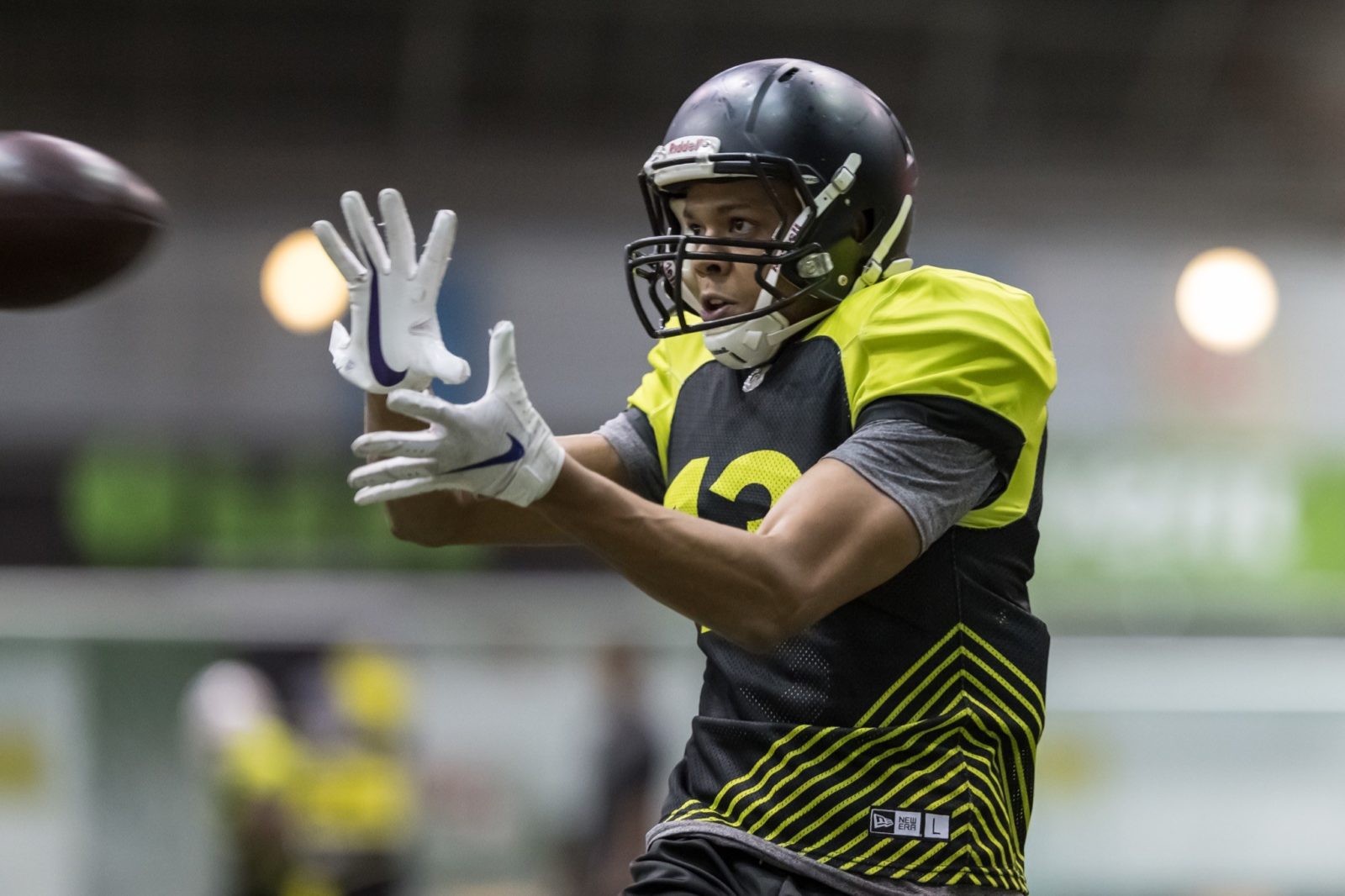 The Canadian Football League continues to crisscross Europe this week, as the crew heads to Paris on Friday, January 17 where in conjunction with the French Federation of American Football, FFFA, the CFL will hold its third CFL Global Combine of 2020.

A total of 23 athletes will be on hand to take part in the CFL-France Combine including some notables such as Anthony Mahoungou, the standout wide receiver from the University of Purdue who spent time with the Philadelphia Eagles, as well as wide receiver Anthony Dable who spent the pre-season in 2016 with the New York Giants and the 2017 pre-season with the Atlanta Falcons.

Mahoungou played for the Frankfurt Universe in 2019 while Dable was with the Hildesheim Invaders, both teams in the German Football League. Another French player who was on NFL rosters, defensive back Tony Anderson (Indianapolis Colts, Los Angeles Rams) will also attend the Combine.

Three more CFL Global Combines are scheduled in January after this with the CFL crew splitting up and traveling to Italy and to Great Britain on January 25 and then moving on to Germany Sunday, January 26. 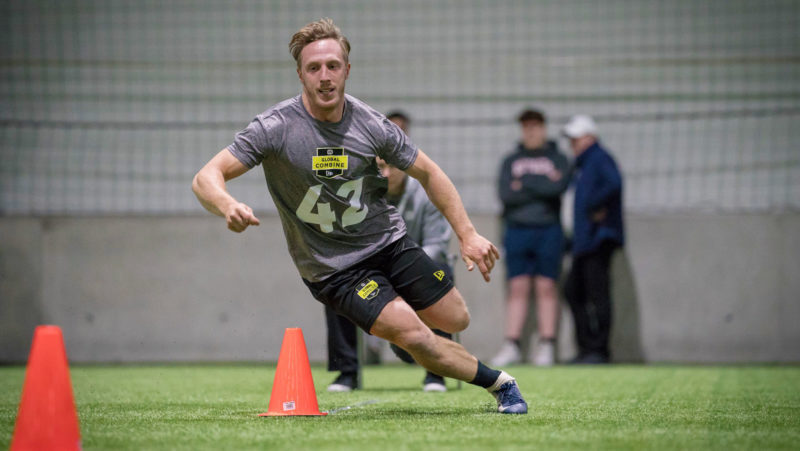 William James was invited to the CFL Combine in Toronto following his performance at the Global Combine in Sweden (Credit: Jonas Domfors)

These combines are being held not just throughout Europe but in Mexico, and Japan as well and are designed to assess and measure the size, speed, athletic ability and football skills of top players from outside Canada and the United States who have aspirations of playing professionally in Canada.

Pierre Trochet, Head of Business Operations for the FFFA who has been spearheading the project from France is pumped:

“We are pretty excited to be working with the CFL on this. It has attracted great media coverage here in France. We are optimistic given the quality of players, some from the NFL and top college ranks, who will be on hand.”

The top players will be invited to Toronto from March 26-28 for the 2020 CFL Combine which will feature international prospects competing alongside their young Canadian counterparts from U SPORTS, the NCAA and junior football. The league’s biggest scouting event will be followed by two separate drafts in the spring – one for global players and one for Canadians. These combines represent a tremendous opportunity for these players who would otherwise never had a chance to showcase their skills in front of professional scouts.

In 2019, the CFL featured designated ‘global players’ from countries outside the U.S. and Canada on its nine member clubs – a first for the league. Next season, the number of global players per team (on game and practice rosters) will grow from up to three to as many as five.

As the CFL continues to deepen its international footprint and introduce new pathways for Canadians to play, it has also partnered with the leading gridiron football federations and leagues in Austria, Great Britain, Denmark, Finland, France, Germany, Italy, Japan, Norway, and Sweden, and is in discussions with others.

So far, three players have been chosen from the CFL Global Combines held in Finland and Sweden. From the Finnish combine, Micky Kyei and Sebastien Sagne were selected on from last weekend’s combine in Sweden, defensive back William James.

There will be no livestream but results will be reported regularly throughout the day.