FLORENCE, Italy – Defensive lineman Lorenzo Dalle Piagee has been extended an invitation to showcase his skills for Canadian Football League (CFL) general managers, coaches and scouts in Toronto for the CFL Combine from March 26-28. Dalle Piagee was one of 26 players who participated in the CFL Global Combine in Italy conducted in association with the Federazione Italiana di American Football (FIDAF).

“FIDAF personnel conducted a very well executed combine. Our thanks to all the athletes who participated in the first-ever combine in Italy,” said CFL Senior Director, Football Operations, Ryan Janzen. “It has been incredible to see the worldwide passion for gridiron football as we near the halfway point of the Global Combine tour.”

The Florence event marked the fourth global combine this year with six remaining. 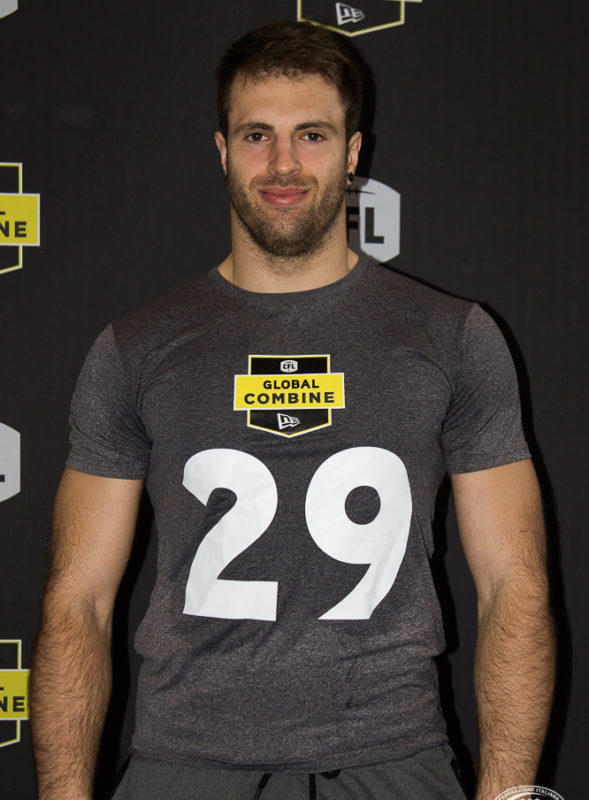 “This is a great opportunity for Italian players and a fundamental moment of growth for our federation. Florence saw us take another big step forward in our important partnership with the CFL,” added FIDAF president Leoluca Orlando.

“The FIDAF-CFL Combine offers the chance to showcase our players’ talents in the hope that some of them can, one day, step out onto the prominent stage of the Canadian championship while also enabling the many Italians living in Canada to experience the joy and pride of cheering on their fellow countrymen.”