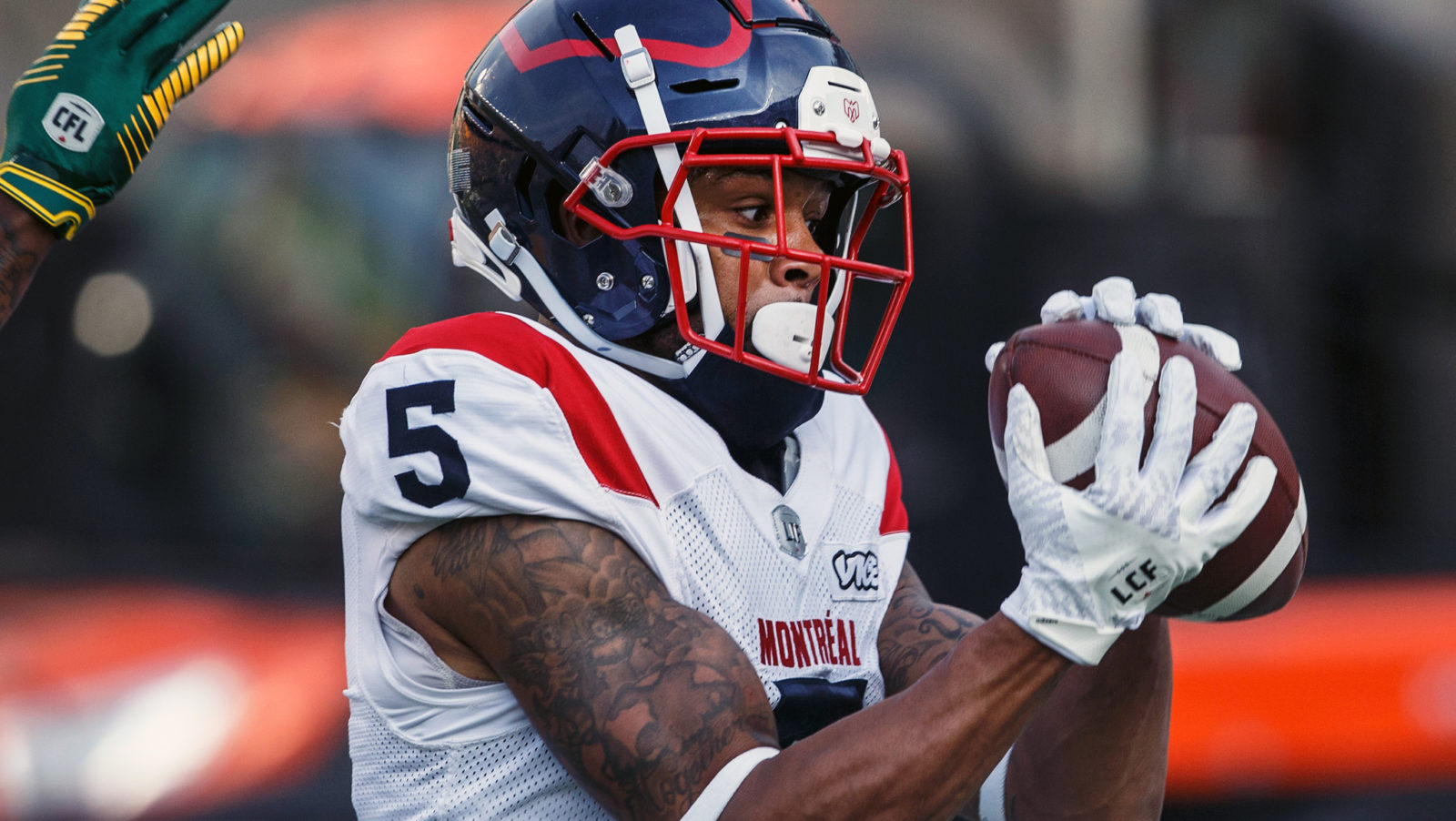 TORONTO — Already home to one of the CFL’s fastest players in Brandon Banks, the Hamilton Tiger-Cats added even more speed to their offence on Wednesday when they signed DeVier Posey.

It’s been a busy couple of days for the Ticats after missing out on the highly-touted Willie Jefferson, signing Dylan Wynn to a contract extension while inking free agent contracts with Posey, running back Don Jackson, linebacker Larry Dean and SAM linebacker Patrick Levels.

The versatile Levels can play multiple positions, coming off a breakout season in which he recorded 86 tackles and five sacks. Posey, meanwhile, forms arguably the fastest receiving duo in the league opposite Banks, and fills the void left by NFL-bound Bralon Addison.

Despite most of the top free agents inking new deals, plenty of talented players remain on the open market, Derel Walker being the biggest name. Toronto and BC were viewed as the early favourites to land Walker, but both clubs have spent their money elsewhere so far.

The receiver market remains one to watch, with former Roughrider Naaman Roosevelt and 1,000-yard man Dominique Rhymes fitting in behind Walker. Any of these three pass-catchers would provide an immediate upgrade for most teams, though Walker is viewed as a true No. 1 receiver.

For the second day in a row the Toronto Argonauts were one of the busier teams in free agency. Defensive tackle Drake Nevis joins defensive end Alex Bazzie and national Fabion Foote on a new look front in Toronto, while WILL linebacker Chris Ackie and cornerback Arjen Colquhoun give the Argos some added ratio flexibility.

A day after losing offensive linemen Dariusz Bladek and Philip Blake, who both signed with Toronto, the Riders were busy adding depth up front. Former first overall pick Josiah St. John has returned to Riderville and could be an important rotational piece, capable of playing multiple positions.

The Riders inked Solomon Elimimian to a contract extension before free agency and also signed a potential starter at SAM in Otha Foster, making them unlikely to do much else this week. Fresh off their first division title in 10 years, the Riders look primed to contend for the 108th Grey Cup, which will be played at Mosaic Stadium.

While Saskatchewan has shored up its secondary heading into 2020, things will look different in Montreal. Levels has gone to a division rival in Hamilton and Tommie Campbell and Bo Lokombo have joined the Argos. First-year general manager Danny Maciocia has responded, however, re-signing Ciante Evans and reaching free agent agreements with Tyquan Glass and Money Hunter.

Additionally, the Als stayed close to home with four of their signings on Wednesday, adding former Montreal Carabin Junior Luke — a seventh overall pick in 2017 — at defensive tackle, along with another Carabin in David Menard. Linebackers Alexandre Gagne and Frederic Chagnon will also return home for the Als in 2020.

With many big changes in Toronto, Jermaine Gabriel will suit up elsewhere next season for the first time in his career. The former regional combine invite is going back to his roots out west, re-joining Scott Milanovich as a member of the Eskimos. Gabriel has played safety and field corner and could be a versatile weapon for new defensive coordinator Noel Thorpe.

There are many big names still on the board for the remainder of the week, led by a game-changing receiver in Derel Walker. Star tackle Derek Dennis, back to back 1,000-yard rusher C.J. Gable, hard-hitting linebacker Micah Awe and productive pass rusher Shawn Lemon also headline the list of players that should receive plenty of attention as free agency continues.