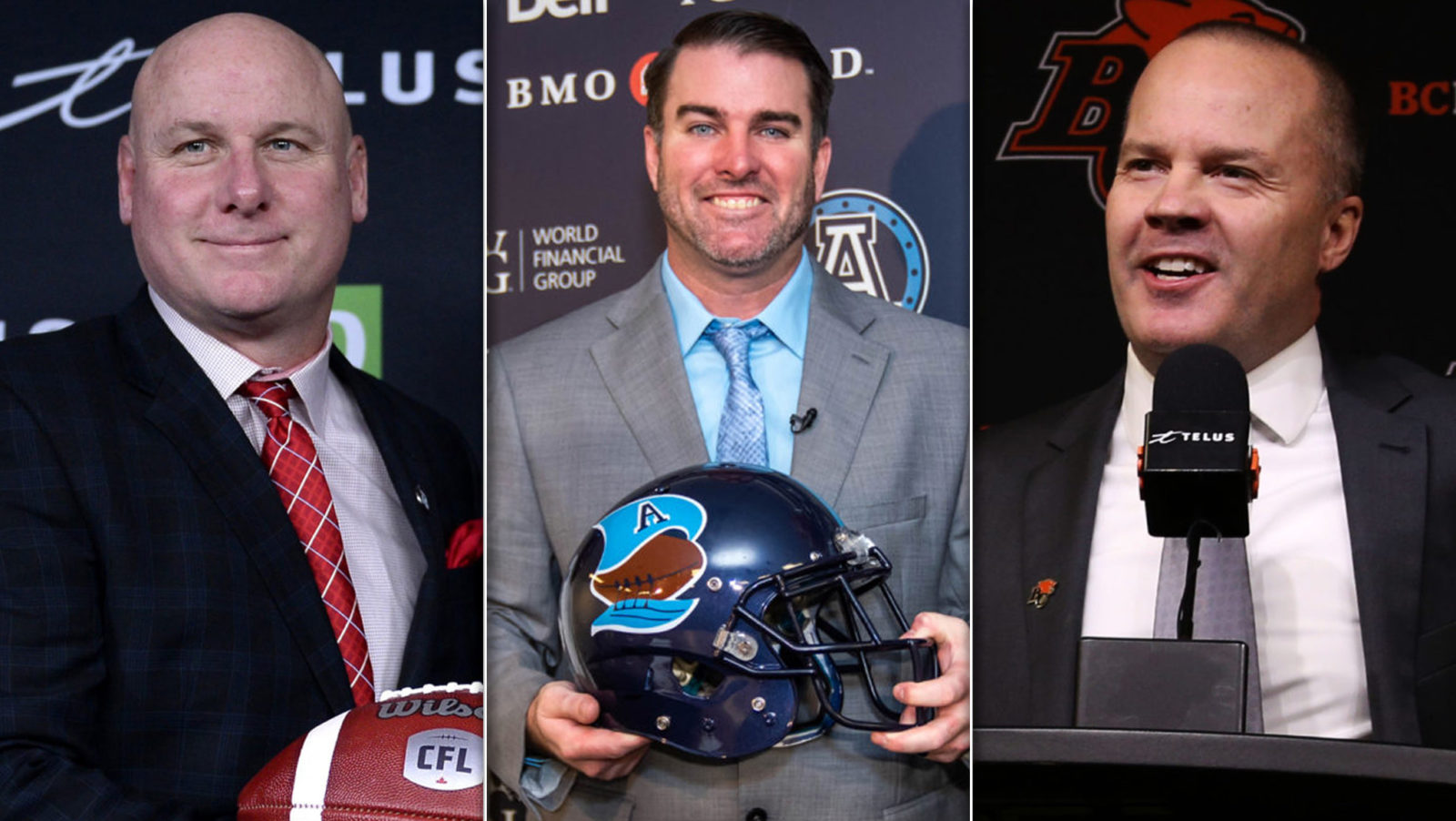 When do you win championships?

Of course, that’s the literal answer to the question in the Canadian Football League. However, the work done from December through June is imperative to get there as well.

For three teams, it’s not only getting to a championship, but it’s also getting the chance to win one.

The BC Lions, Ottawa REDBLACKS and Toronto Argonauts were all out of the race pretty early in the 2019 season. Sure, they were mathematically ‘alive’ for a time into September or October, but nobody really believed they were in the mix.

There was a lot to fix for these three teams. Here’s how I rank their off-seasons to this point:

In Campbell, the Lions picked up someone who has been there done that as a head coach most recently. He helped the REDBLACKS establish their identity and took them to three Grey Cups, winning once.

LaPolice was the obvious coordinator promotion choice this off-season after leading the Winnipeg Blue Bombers to the Grey Cup with an offensive game plan that left many in awe of how it all worked. LaPolice worked nearly seamlessly between quarterbacks and was impressive getting Zach Collaros up to speed and mixing in Chris Streveler perfectly on their way to a title.

The Argonauts went with the most popular young coach in the league. Dinwiddie has been groomed under some great coaches and the former quarterback has been prepping to be a head coach for a long time. He’s prepared and hired a veteran-laden staff with championship experience.

I give the edge here to the Lions. Campbell’s flaws in Ottawa was clearly more to do with his relationship and thought on the future of the team rather than his coaching abilities.

The next job for the teams was to trim the fat. They needed to rid themselves of any contracts that could hamper them moving into free agency or make sure the players on the roster were actually interested in buying in.

Jonathon Jennings, Duron Carter, James Franklin and many others hit the open market and then the general managers hit the free-agent market.

Now, let me be clear. I’m a quality over quantity guy when it comes to assessing free agency. Sure, you can add 20 or so free agents but making that all work is complicated. Free agency allows for inflated salaries, and it’s not easy to bring guys from a bunch of different teams and make them gel.

First off, Toronto and Ottawa needed a shift at quarterback. Toronto brings in Matt Nichols from Winnipeg to join incumbent starter McLeod Bethel-Thompson. The fear is Nichols’ injury history.

Though the team locked him up for three years, so they’re clearly showing confidence that Nichols can lead Toronto to a place he wasn’t able to with Winnipeg.

Ottawa shifted its focus early by trading what amounts to the first overall pick for Nick Arbuckle from the Calgary Stampeders. That’s a big price to pay for a starter who has only seen a limited amount of action.

Nick Arbuckle agreed to a two-year deal with the Ottawa REDBLACKS ahead of free agency opening on Feb. 11. (OttawaREDBLACKS.com)

Of course, the Leos have Mike Reilly, so again. Advantage BC.

For the rest of free agency, I want to take a look at what teams did to improve their Canadian talent. Quarterbacks and Canadian depth is a recipe for success in the CFL.

Toronto was the busiest. They locked up numerous Canadians who could start for them and shift their ratio around to help Dinwiddie manage. Yes, losing Sean McEwen isn’t easy, but they bring in a three-year vet in Dariusz Bladek from Saskatchewan and veteran Philip Blake. Juwan Brescacin helps their national receiver spot. Chris Ackie, Nick Shortill and Arjen Colquhoun will add important depth to the defence.

Ottawa’s biggest Canadian signing was plucking Cleyon Laing from Toronto. Laing’s return to Ottawa helps an interior defensive line that struggled last season. Ottawa is also hoping Anthony Coombs can stay healthy and can become the dynamic utility running back/receiver that he shown flashes to being since being drafted out of the University of Manitoba. Ottawa has already invested a lot of money in Canadians.

BC, however, didn’t do much for the Canadian talent. Kevin Francis and Devon Bailey aren’t blowing anyone away. You could argue, the Lions had okay Canadian talent last season but you start to be concerned on the lack of options where they could start their Canadian talent.

I’d put the advantage to Ottawa based on a key add and already cohesive Canadian talent.

Difference makers are my final analysis for these teams. Where did they add players who can take over games on both sides of the field?

Ottawa didn’t do much on this front. They added Don Unamba and Abdul Kanneh who are both All-Star calibre players. Again, it’s sometimes not quantity but quality, and Ottawa picked up quality, especially if Kanneh can return to the ability he showed in his first go-around in the nation’s capital. But you also have to look at what’s left. Losing 1,000-yard receiver Dominique Rhymes is going to hurt.

Toronto is a mixed bag. They gained a lot but lost a lot as well. DaVaris Daniels came in, but if Derel Walker signs elsewhere, you say you lost more than you gained. If Alex Bazzie and Craig Roh can get after the quarterback like they could when they were in BC, then it’s a bonus. I seem to think Chris Ackie and potentially Juwan Brescacin will be their top free-agent pickups.

Then you see BC went all-in on getting playmakers. Rhymes joining Bryan Burnham and Co. is big. He’s an upgrade over what Duron Carter gave them last year. Chris Casher is a solid up-and-coming pass-rusher. Micah Johnson is set to have a resurgent season after not finding his way in Saskatchewan. They also had under appreciated signings like Ryker Matthews to help the offensive line and Ryan Brown at defensive tackle to combine with Johnson.

When you compare what they gained with what they lost, I give the edge, once again, to BC.

So is there a clear indicator on which team will make the best climb up the standings. Sure, BC got the edge on a few things in this above column but they also play in the West Division.

Calgary, Edmonton, Saskatchewan and Winnipeg are not going to be easy teams to pass. Ottawa and Toronto may have the best path to the playoffs despite arguably not improving their teams as drastically as BC has both on and off the field.

These three teams should all be better, but every team at the bottom will look improved in February.

Up next, they have to draft well, find a new crop of stars and then put it all together at camp in May.