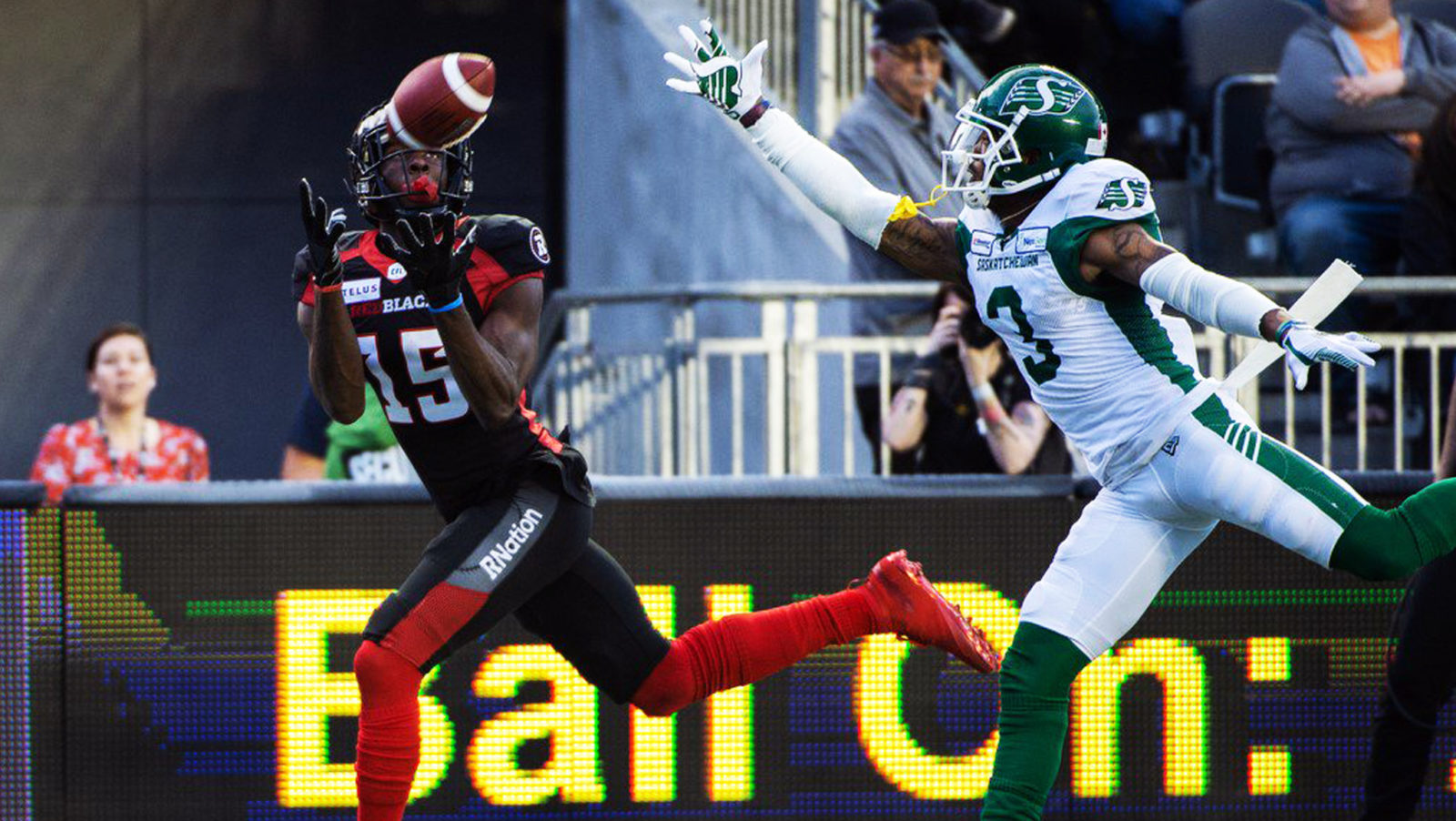 CFL.ca columnists Pat Steinberg and Marshall Ferguson are back, taking firm opposing stances on some of the league’s biggest questions. This time, they’re looking at the best under the radar signing from free agency.

TORONTO — It has to be a rush, if you’re a CFL GM, to get that big name free agent player in the opening hours of free agency. Those moves are franchise-altering and can be big enough to redesign the landscape of the entire league. It’s like hitting the jackpot in the lottery.

But there has to be a feeling very close to the one that the splashy signing elicits when, months and months later, a player you signed to less fanfare and media reaction becomes a key cog in your team’s wheel of success.

Everyone knows what the top-tier free agents can do and the impact they can have on your team. When you hit it big with a signing of those lesser-known guys, the ones that had moments last year or in earlier moments in their career that turn into regular, valuable contributors on your team, it can show the rest of the league that you really know what you’re doing.

RELATED
» Rhymes: Lions ‘are building something really special’
» Sutton: I feel like everything has come full circle
» Nye: How do the non-playoff teams stack up for 2020?

We’ve seen that in the past with players like Adarius Bowman, who bounced between Winnipeg and Saskatchewan before becoming a star receiver with Edmonton. It’s a role that Weston Dressler played well in the final stages of his career in Winnipeg . He amassed 2,229 yards and 10 touchdowns through three seasons there before he retired last year.

Every off-season, GMs and their staffs take their own shot with a swing-for-the-fence signing. They won’t all get the guys that they want, but they all go into that next phase of the market together, competing against one another to find those necessary role players, or that young guy that’s just been one opportunity away from his star being launched.

Which team unearthed a gem over the last two-plus weeks of free agency? Pat Steinberg and Marshall Ferguson have their takes.

The BC Lions have been busy this winter, which you’d expect coming off a disappointing 2019 season that saw them miss the playoffs. One of their latest acquisitions might be flying under the radar for some, but it shouldn’t be. Receiver Dominique Rhymes joining the Lions has the potential to be a huge pay off for a player that looks to be only just coming out of his shell.

Rhymes is coming off a career year with the Ottawa REDBLACKS. In his third season with the team and his only full CFL campaign, Rhymes finished with 65 receptions, 1,056 receiving yards and five touchdown catches. He was one of the few bright spots in Ottawa last year and finished as a top-10 player in receiving yards, despite a quarterback situation that struggled all season long.

Now think about the situation he’s entering in BC. With Mike Reilly at quarterback, the potential for a young, extremely talented receiver coming off a breakout season really jumps off the page. Reilly really started to find his form in the back half of the 2019 season before his wrist injury. If Reilly can pick up where he left off, I can easily envision Rhymes being a favourite target, knowing how much speed and big play ability he possesses.

With Bryan Burnham already in the fold as perhaps the league’s best pure possession receiver, the potential for more open field is there for Rhymes. If you mix his talent with a foil like Burnham and a quarterback like Reilly, I think Rhymes is poised to eclipse the impressive totals he posted last year. New Lions’ head coach Rick Campbell knows Rhymes well and I think this under the radar signing will end up being huge.

Tyrell Sutton is the definition of living under the radar right now.

Sutton barely got a chance to shine last year in spot duty for the Ticats but when he did, he made Ticats fans wonder if he wasn’t the right man to lead the running game into the playoffs.

He is older (33) and perceived to be over the hill as a running back with plenty of kilometres on his body, despite the way he played for the Black and Gold last season.

If 2019 is any suggestion as to how Khari Jones will call the offence, Sutton signed onto a team with plenty of carries to go around. Sure, James Wilder Jr. is expected to get the majority of backfield touches, but every year we expect a player or two to dominate the targets of a team and see another name slide in via injury or opportunity to take their slice of the pie.

These are just a few of the reasons why Sutton signing back in Montreal could be looked back on by Christmas of 2020 as one of those low-key signings of the spring. There is however, one factor that feels as though it’s being overlooked by everyone.

Sutton — somehow — remains one of the most driven players in the CFL. He refuses to take no for an answer and has a love for the game more familiar to that of a man 10-years his junior.

Factor in his opportunity, fan favourite nature, the offence he just joined, the low-key nature of his signing and his drive and you get the sneakiest signing of CFL Free Agency 2020.

Who do you agree with? Has Berg convinced you on Rhymes in BC? Or has Ferg sold you on Sutton’s return to Montreal? You can and should keep the debate going by tweeting your thoughts to @Fan960Steinberg and @TSN_Marsh.