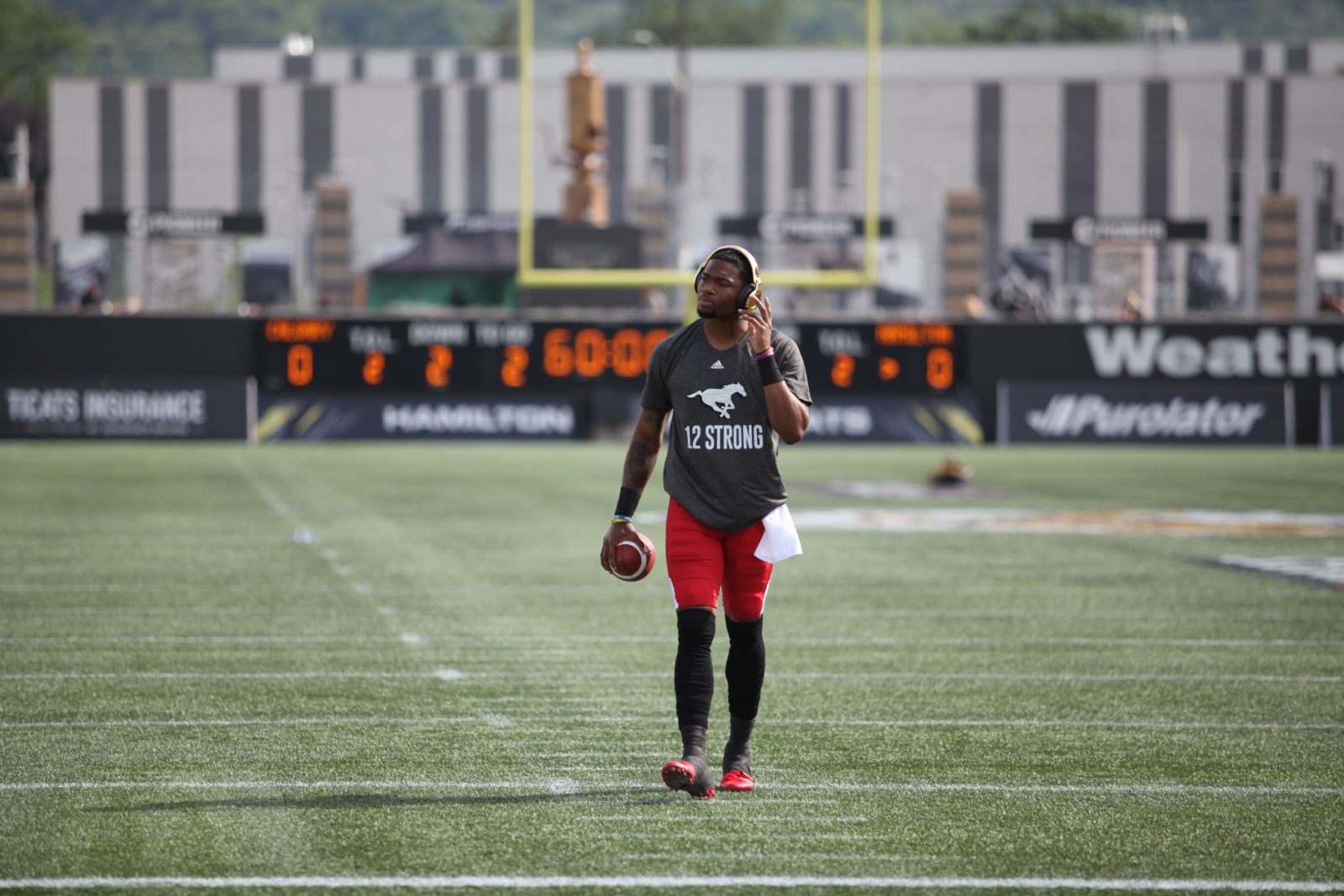 Almost a month into a new way of living, we’re all figuring out what works for us and what doesn’t, within parameters that we’ve never had to deal with before.

That, unsurprisingly, will take some time.

“The whole evolution of, ‘How do people cope when they have to isolate?’ I think has brought about the good, the bad and the ugly,” says Dr. Martin Mrazik, a clinical neuropsychologist at the University of Alberta. He has consulted with the Edmonton Eskimos since 2008 and with the CFL since 2014.

“The stress is that people really have to reinvent structure in their lives and how to go about meaningful activity when you can’t do what you normally do.

“For some people, that’s not much of a change because you’re in your office and you’re doing work. But especially for our young adults — I have two teenage daughters that play sports — to see them suddenly have much less going on, it’s up to them to figure out how to create structure, how to create purpose, how to set goals.

“I think that the anxiety for some people is pretty pronounced because suddenly you have to create something that you never had to create before.” 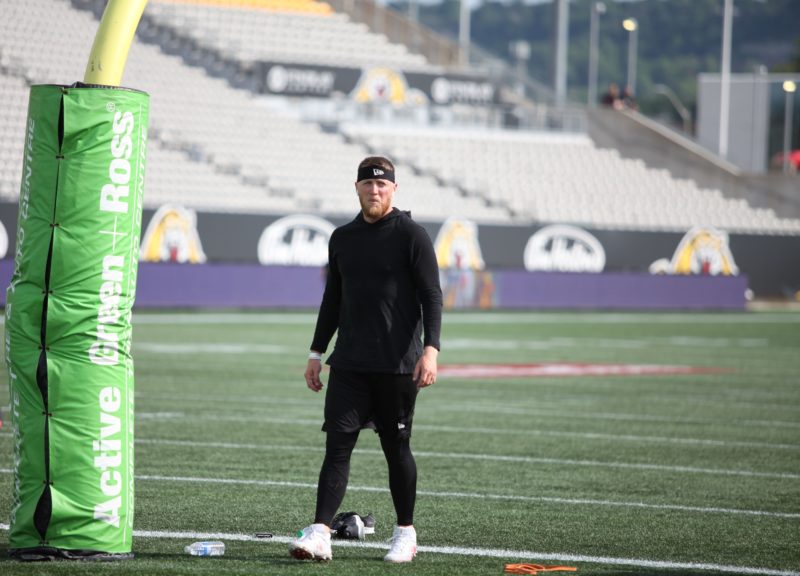 Athletes like Calgary’s Bo Levi Mitchell are learning to train solo after a lifetime of having the support of trainers and teammates around them (Shannon Vizniowski/CFL.ca)

The COVID-19 crisis is in many ways an equalizer. Our world slowed and came to a stop from around March 12 to March 17 and whether you’re an athlete that heard the roars of tens of thousands of fans in a stadium or one of those screaming fans sitting shoulder-to-shoulder, we’re all dealing with the same issues at the moment. As we try to find ways to live in these sudden changes, we all feel similar stresses and anxieties from the uncertainty that this has brought.

“Then there are the unknowns. The unknown of what’s happening here and what this means. All we know is that something bad is happening, so how do we control that?

“Is it OK to do this, is it OK to do that? Suddenly we’re having to get approval to do activities that we never thought (we would need approval for). Going to the grocery store; are people watching me (while) walking my dog?”

Athletes, like the CFL players that are still preparing for a season that’s been delayed, are no different here. No one enjoys this process but some will find it easier to adjust, modify their lifestyles and try to stay healthy.

Mrazik worked with the league in recent weeks to prepare a document that went out to players that detailed making the necessary lifestyle changes to prevent the spread of the virus, best training practices (working out solo, for example) and provided advice on how to deal with the mental health aspect of these life changes.

“That’s where the stress comes in. They’re competitive and if you don’t have a reference point…you don’t know, ‘Is the athlete (training elsewhere) doing something else that I’m not doing?’

“When you’re training with someone, you have that immediate normative group that you can reference.” 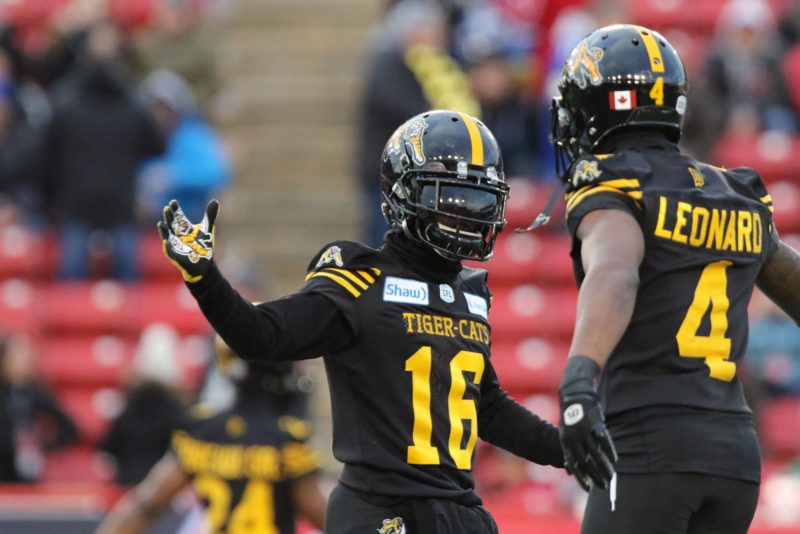 Whether it’s your office co-workers or teammates, being pulled out of a team atmosphere is a drastic change for all of us (John Chidley/CFL.ca)

With such drastic sudden changes affecting all of us, Mrazik says that regardless of how we process things, it takes time for us to adjust mentally. Things like learning how to physically distance from people at the grocery store and adjusting to what it’s like to go out for a walk or a jog while thinking about spacing, not touching our faces or common surfaces are difficult things to have to implement to your lifestyle essentially overnight.

“The process of adapting to a new reality and redefining ourselves through self-referencing, and self-identifying characteristics, that actually takes about three to six months,” he says.

“When we look at people trying to make changes in habits in their lives, I think that’s why we’re kind of going through this unknown phase that people are really uncertain about who they are as a person. But as we get more and more messages back from the world around us and from the people that we want to, then we can become more confident as people. I can understand why there’s a lot of personal anxiety and feelings of identity loss.”

Just as the CFL’s players need to continue training to be ready for when our lives start to inch back to normalcy, exercise remains crucially important for all of us at home right now, too. Whether it’s exercising at home or in your backyard, or getting out for those properly distanced runs or bike rides, the benefits are obvious both for physical and mental health.

“Fifteen minutes of moderate exercise increases dopamine. There are those immediate benefits,” says Mrazik, who’s trying to bike four times a week and working out at home. He pointed to a recent study from Harvard that suggested we’re 45 to 50 per cent as active as we were a month ago. That exercise, however we’re getting it, is an extremely helpful component of our at-home lives right now.

Structure is the other key item.

“In our household we’re keeping busy with projects. We’re painting my daughter’s room. Just something that gets me outside of my office and my immediate worries about everything.”